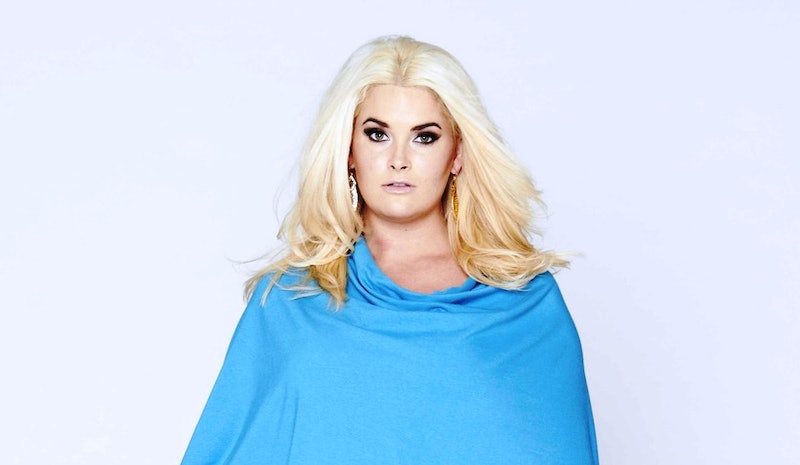 On July 12, 2006, Alli Shapiro-Amar died of cancer, after fighting Hodgkin's lymphoma for eight years. Not long before passing away, Shapiro-Amar and her mother Pamela Shainhouse co-founded a charity, Alli's Journey, and a clothing line called Allistyle. The charity is one of only two Canadian organizations that advocate for young adults with cancer (along with YACC). The clothing line produces size-inclusive, fashionable garments within Canada's borders, using eco-friendly fabric blends like bamboo viscose. Allistyle's tagline is, "Great style has NO size!" During my phone conversation with Shainhouse, she was firm on this point: "I want everyone to know, you can wear these clothes." In addition, Allistyle welcomes all ages. Shainhouse designs with young women in mind, but at a fashion show in Toronto a 91-year-old did a fabulous job of modeling the clothes. Shainhouse laughed, "Look at me — I'm over 60 and I wear Allistyle!"

Shapiro-Amar and Shainhouse decided to start Allistyle in 2006. Years of rigorous cancer treatments had caused Shapiro-Amar to gain weight. The mirror no longer showed her a self that she recognized. Shainhouse told me they went to a store, looking for new clothes for her daughter, and Shapiro-Amar broke into tears because nothing she could wear had the stylish flair that was key to her self-expression. Shapiro-Amar would say, "Everything is Polly and Esther," meaning polyester. As many plus-size women have observed, the only available styles were schlumpy and uninspiring. Being cut off from fashion was another reminder of how Hodgkin's cancer had changed everything. Shapiro-Amar wrote of her disease, "Cancer happens spontaneously, without permission or notice... The truth is we are sick, we are different and no matter how we mask our sickness, society's rose-colored glasses are constantly dyed dark red."

(Pictured: Alli Shapiro-Amar on the left and her mother Pamela Shainhouse on the right.)

After her daughter died, Shainhouse needed time to mourn. Their relationship had been very close: "Alli and I were zipped together," Shainhouse told me, remembering, "She was my daugher, my best friend, and my Jewish mother!" Shapiro-Amar had helped guide and empower her mother, just as Shainhouse had raised a woman who was "sweet but tough." When she was little, Shapiro-Amar was "a very dynamic, very strong-willed little person." Those qualities carried over into adulthood, and they are sorely missed by her loved ones. Shainhouse explained, "You become a very different person when you lose a child. When Alli took her last breath, I took my last breath." The pain never goes away; it never lessens. Instead, you learn to live with the pain.

Four years later, in 2011, Shainhouse was able to keep moving. She wanted to continue the work of building her daughter's legacy. Both Allistyle and Alli's Journey revved up again, with the hope that eventually the clothing line would help fund the charity. However, Shainhouse told me, "I'm not doing this just because of Alli. I'm also someone who's cried in dressing rooms." Shainhouse used to be a professional fundraiser, but she never felt the passion that she brings to her work now. The fashion industry can chew you up and spit you out; Shainhouse said good-humoredly, "If you're in fashion, you've got to adore what you're doing." And she does.

Of course, loving your work doesn't mean you can't get burned out. I asked Shainhouse how she avoids that, and after a pause she answered, "That is the hardest question to ask a woman entrepreneur, because so many of us don't take care of ourselves." As the head of her business, Shainhouse has everything on her plate. She designs the clothes, organizes manufacturing and distribution, and makes sure the world knows about Allistyle.

Despite the pile of responsibilities clamoring for attention, Shainhouse makes sure to prioritize her health and happiness. Part of that is seeking funding for Allistyle, so that she'll be able to delegate more tasks and expand her ambitions. "I know I'm smart and I know I'm Superwoman, but I can't do it all!" Shainhouse also disengages from email at 8 p.m., because otherwise, "I'd be lying in bed at midnight staring at the computer." She told me, "If you don't take care of yourself, there's nobody there to take care of anybody else," citing the secure-your-own-oxygen-mask-first principle of self care.

The challenges don't faze Shainhouse. She's optimistic, aware that Rome wasn't built in a day — or, in her words, "It takes five to 10 years to move a mountain." Shainhouse's late father was the largest manufacturer of kids' clothing in Canada. She laughs that he must be rolling in his grave, asking her, "Are you an idiot?!" She's not crazy for tackling such a daunting project. Rather, Shainhouse is someone with a vision that demands to be realized. Before her death, Shapiro-Amar encapsulated Allistyle's goal in a branding directive, writing:

"It's time to celebrate and appreciate unconventional beauty... Our company will utilize [women's] existing confidence and inner beauty and showcase it with clothes that promote their individual personality and style... There have been too many women who have gone into a store and... walked out in tears or in anger because there was nothing for them. We have designed a line of clothing that understands their frustrations because they have been our own. We know what it's like to see ourselves as beautiful but have the clothing world see us as... portly and plain. We are none of those things, and it is time to erase those words from society's vocabulary."

Allistyle is important because it celebrates everybody — yes, every body — because the company strives to be environmentally responsible, and because it provides jobs to the community it inhabits. Most of all, Allistyle is important because it was founded on the strong love between a mother and daughter who decided to make the world better for other women. To my mind, Alli Shapiro-Amar and Pamela Shainhouse are feminist role models. I'm excited to see watch Allistyle grow, and I hope you are too!

More like this
Instagram & Facebook May Finally Lift Their Notorious Nudity Ban
By Allie Fasanella
24 History-Making Black Women You Probably Didn't Learn About In School
By Ayana Lage and JR Thorpe
25 Inspiring Quotes From Black Women To Celebrate Black History Month
By Kyli Rodriguez-Cayro and JR Thorpe
Phoebe Dynevor Serves ‘Bridgerton’ Underboob In Stunning Floral Gown
By El Hunt
Get Even More From Bustle — Sign Up For The Newsletter
From hair trends to relationship advice, our daily newsletter has everything you need to sound like a person who’s on TikTok, even if you aren’t.