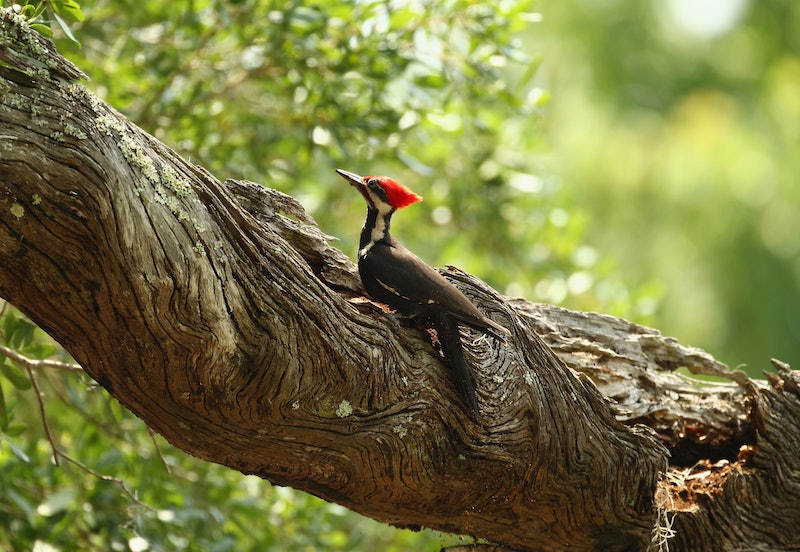 Over the years ,there have been a lot of things I've lost faith in: First, there was the Tooth Fairy, followed by the Easter Bunny, and then in myself the day I justified eating dessert by saying "YOLO". But one thing I will never lose faith in is our internet's ability to meme the bejeezus out of things, as evidenced by the endless stream of memes inspired by the baby weasel that hitched a ride on a woodpecker. It may have happened a day ago, but that is practically a century in the eyes of the mighty interwebs.

In case you weren't already subjected to the social media frenzy that became of this bizarre animal scuffle, the photo of the aforementioned weasel flying on a woodpecker went viral after a man heard them and happened to snap the picture at the exact right moment. What at first looked like adorable animal friendship was, in actuality, a brutal hunting attempt by this baby weasel, who was (fortunately for his new companion's sake) biting off more than he could chew. Don't worry, guys: None were harmed in the making of these memes. Except, perhaps, the last functioning neurons in our brains.

You are all aware that this has been a weird past few days for the internet. There were llamas on the lam, a small civil war about the colors of a dress, and now, of course, this. You would think we were out of memes to meme, but you would think wrong.

I want you to brace yourself, because although that sight may have boggled you merely a day ago, it's nothing compared to the weird stuff it has inspired since: