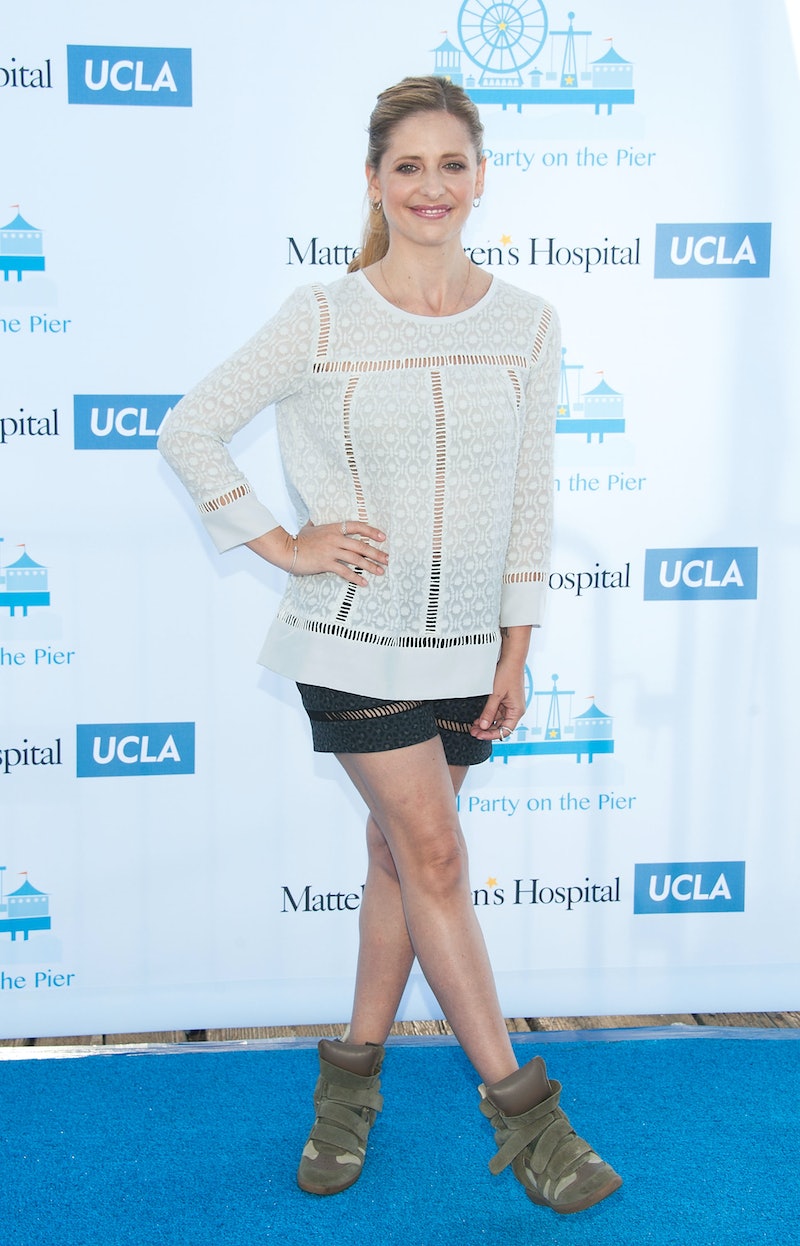 It bums me out that one of Sarah Michelle Gellar's most newsworthy acts of 2014 was her criticism of the Kimye Vogue cover. Remember when she ruled the world as Buffy the Vampire Slayer in the late '90s and early '00s? Or as as Kendall on All My Children in the '90s? SMG was a certified ass kicker. Sarah Michelle Gellar is now the face of Proactiv, reminding us that the '90s and the era's starlets are always, always in style!

SMG, at age 37, linked up with Proactiv+ since she is a mom of two, a wife, and still an actress who has to put her best face forward. The brand's acne treatment and skincare combo has always been a win-win for her, so that's why she is hawking it.

As a teen who wore heavy, TV-ready makeup on a soap opera, she had to deal with breakouts, like the rest of us do... even though though most of us didn't have to appear on camera and memorize lines, or anything like that.

But surprise, surprise. Gellar has dealt with adult acne, too. Kinda comforting, in a way.

"It's hard to deal with breakouts as an adult. You think to yourself 'I already went through this. I shouldn't be facing this,'" Gellar said in a statement.

She continued, "I experienced great results with the Original Proactiv 3-Step System so after seeing an infomercial for Proactiv+, I decided to give the new system a try. And it works! The first thing I noticed was how much cleaner and brighter my skin looked and felt."

Was anyone more fierce? Nope.

In case you had any doubts about the answer to the above question...

Buffy the Vampire Slayer pretty much spawned the notion of girl crushes, didn't it?

And she still looks amazing!