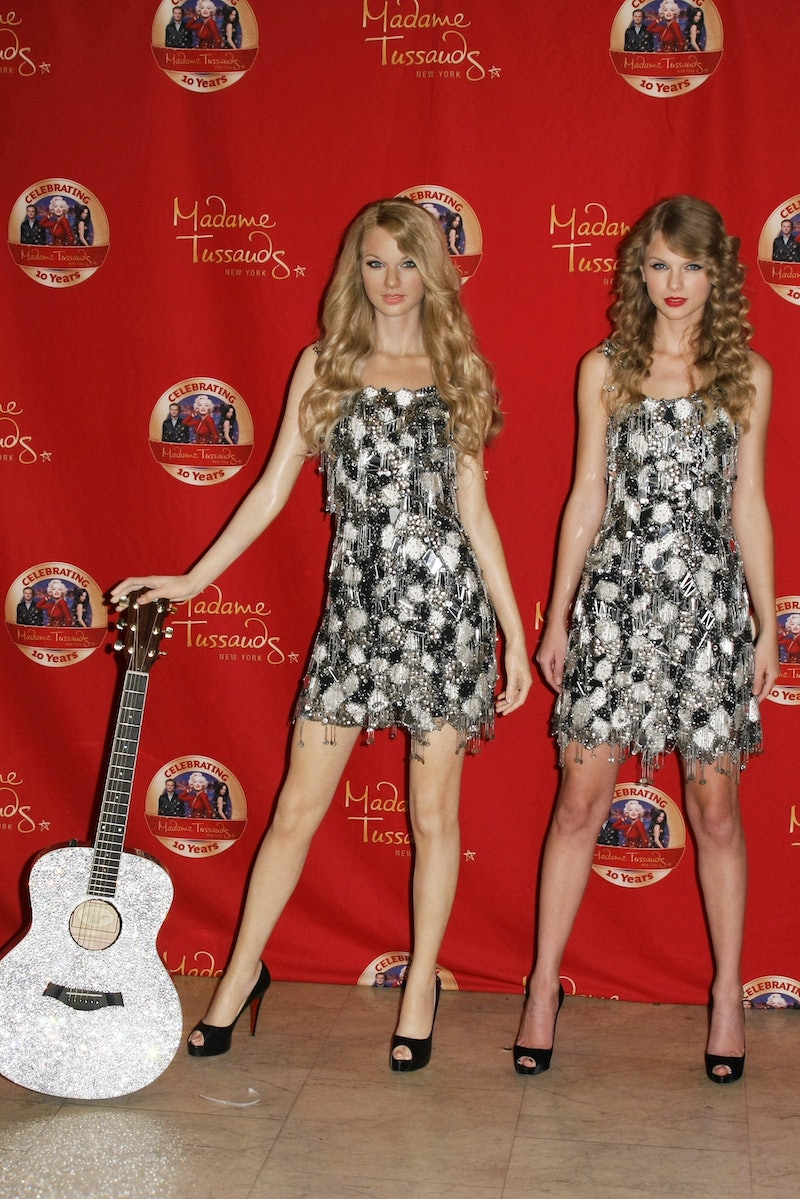 It's like the fear of prom — arriving at the big dance with the same gown as your frenemy. Fast forward and you may run into a similar problem in your real adult life, whether it's at the office or some party. Sometimes you want to copy a look out of stylish respect, but probably not at the same time that you're trying to make an entrance. After all, you're not a copycat wax figure without feelings.

Celebrities get the brunt of this side by side comparison by the fashion police. It can be brutal having people judge you via such comparisons, but the battle is bound to happen (as it did to Kim Kardashian vs. Rita Ora, though at least their dresses had slightly different cuts). Brands and designers send celebs the same clothes, only so that the celebs can then get themselves applauded or dismissed in a fashion faceoff on style watch, where the public gets to cast their vote. And we, as viewers, inevitably start to choose who looks more glamorous or cool — even though every body is different, and those differences should be celebrated rather than thrown into a sea of comparative judgment!

Thankfully, I haven't been a victim of "who wore it better," (or if I have, I've blocked it from my memory). But it seems like an inevitability for most women, since many clothing items are mass-produced and marketed. So in case you're worried about pulling an accidental "twinsies," here are a few tips for how to avoid the dilemma of donning the same outfit as your frenemy.

Wearing the same piece will be a likely occurrence when you're buying from department stores at the mall or popular websites with bulk merchandise, especially if the style is on trend. Try to step into smaller stores with one-of-a-kind finds, visit a vintage shop or hunt at a flea market. Rummage through your mom's closets or swap with your friends on another coast or in another country.

Nothing's really "one-size fits all" so make a look specifically tailored for you. Sure, we can't have a major designer commission our outfits, but what celebrities do right is get those outfits sized correctly. Maybe it's a little more cinched at the waist to show off your curves or the sleeves are shortened. Measure the material for your body type.

Further the personalization even more and make a statement with some jewelry. In the end, I judge any coincidence contest by analyzing who styled the entire ensemble more effortlessly, from the hairstyle to the lip color. Add a belt, up your shoe game or match it your own way with a jacket or bag. Embellish or keep it simple — the heel's on your court.

In the end, there might be nothing you can do about ending up matchy matchy, so just have fun with it! Laugh about it instead of glaring or being self-conscious. If imitation is the greatest form of flattery, twinning is double the mutual respect. Take a picture for the win and high-five each other for having great styles. Stylist Naina Singla says: "Definitely don't panic if you show up and someone else has the same outfit — in fact, if nobody says anything I would just ignore and avoid it. If you run into the other person wearing it, I would suggest a nice compliment like 'you have great style!' or 'Love your dress.'" Maybe even match on purpose and pretend that you're sisters (paging Taylor and Karlie).

And one more thought: The shame of repeating an outfit has eroded so don't worry about one-upping your past self. Not putting a different twist to it and going with a combination that worked before is just fine, too. Life's not a competition — especially against yourself. If it looked good once, go with it again! We can't all afford to keep up with the turnover of celebrity closets, and even the Kardashians are cool with not wearing something different every day. If a princess can pull it off, so can you!