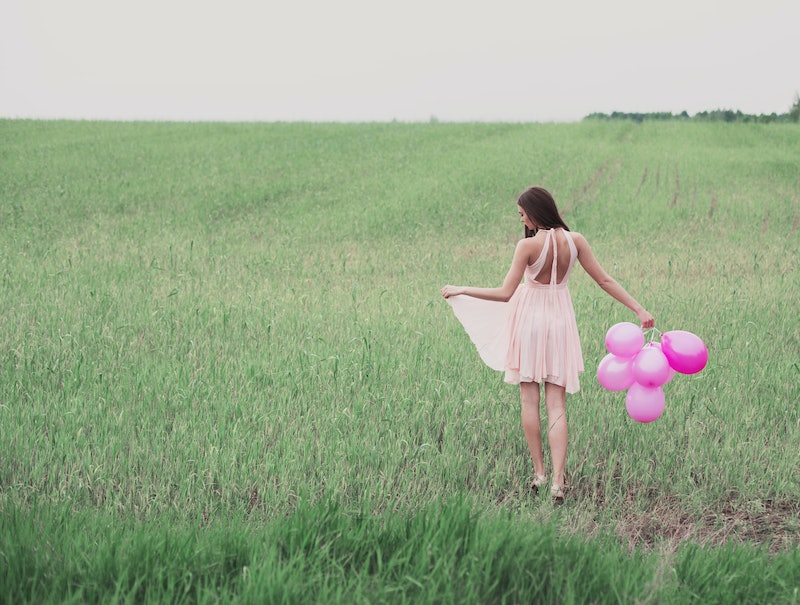 Good news, fellow summer babies! Eventually this everlasting winter will be over (at least in theory) and people will finally warm up and be forced to celebrate things that are actually important, aka, our birthdays, which happen to coincide with some of the only months of the year that are safe from the angry snow spirit the human race seems to have irked. Aside from it marking the incredibly momentous occasions of our birth, summer is arguably the best season of them all. If it's not enough that you can go months without wearing pants, please keep in mind that summer is also the season of open patios, sangria, and warm, happy, sun cheeks (and whatever convoluted drama ABC Family can come up with next). There is something in it for everybody, not just those of us with birthdays merrily stuffing our face holes with cake.

Alas, as superior as the time of our birth is to everyone else's, it, too, comes with its own downfalls. As early as our toddler years, we discover the subtle ways being a Summer Baby could betray us in a way that no other time of year can. If you were also born smack dab in the middle of the sunscreen season, then you're probably all too familiar with the struggles of summer children:

It was no big thing by high school, but those months counted so hard on the first day of kindergarten when you are unwittingly ten months smaller and dumber than half the class. I pretty much mentally blocked out most of those early years because I spent them very anxiously hiding behind my mom's knees.

Which means you're the last one to be able to vote

The 2008 presidential election still haunts me, guys. I COULD HAVE BEEN PART OF HISTORY and instead I am here, many months too young and typing my regret.

... And, naturally, you're the last one to be able to drink

You know who the best designated drivers on the planet are? SUMMER BABIES. You might as well just tag all children born between June and August with a bracelet that says "DD" on it the minute their born, because they will inevitably be sitting on the sidelines waiting for what seems like foreverrrrrr to drink with their friends. And by the time they're old enough to ~get down~, turning 21 is old news, and everyone else is already well on their way to adulthood, aka, drinking two beers and falling asleep. (Somebody play with us!! We're READY now!)

The "birth-date effect" is real

As an adult, being born a few months later than your peers will still haunt you in little, subconscious ways. You'll constantly feel like you have to prove your adult-ness. You'll often wonder if it's in your head, this feeling like everyone still views you as slightly less mature, or less capable. Studies show a genuine correlation between summer birthdays and career success, citing that summer babies are less likely to be CEOs as a result of trying to catch up to their peers, otherwise known as the "birth-date" effect.

The calendar pictures on your birthday are always super boring

Wow. A beach, an American flag, and another beach. This is thrilling. Show me more.

Apparently we are crabbier than winter-born people

People who do studies on birth season clearly have it in for summer babies: Another one shows that summer babies tend to have more mood swings growing up, and tend to be more irritable in adulthood than their winter-born pals. WHICH IS RIDICULOUS I NEVER LOSE MY TEMPER UGHHHH!!!!

You never got to celebrate your birthday in school

And if you did, it was at the end of June with all the other sad summer babies and everybody prefaced you giving them cupcakes with, "It's not really your birthday, right?"

Nobody ever actually remembers your birthday

I can't really blame anyone for this because the warmth turns all our brains to mush. My theory is that only summer babies remember other summer babies' birthdays. We gotta stick together, guys.

You are possibly a big klutz

WILL THESE SHENANIGANS EVER END?! Summer babies are apparently klutzier and less athletically prone than babies born in any other time of the year, possibly because of the level of Vitamin D summer babies get in the womb. (As an avid runner, I hate to fall into this cliché, but I was once asked to walk in a straight line for a physical exam and I tripped. This problem is so real.)

It's a bajillion degrees outside and apparently we're too klutzy for laser tag, so where else were we gonna go? Not to knock on swimming pools, but you were there literally every other day of summer anyway. At some point you realized that the only difference was on your birthday they made the other swimmers get out and sing at you.

On any given day in summer, at least one vital member of your squad is out for the count, vacationing somewhere that is apparently more important to them than the #blessed day of your birth. Get it TOGETHER, guys.

Your adult birthdays are weirdly disappointing

Even though at least one person was usually gone as a kid, for the most part, if you had a summer birthday, it would inevitably become the throw-down third grade reunion of the summer, and everyone you invited would storm the place so they'd all get to show off their shiny jelly shoes to each other. By the end of my birthday parties, I was SWIMMING in Barbies and Lisa Frank (the go-to gift choices of the nineties). Now that summer break isn't a thing anymore, everyone is significantly less excited or swagged out when they get to your place.

America is just so freaking needy

IT'S YOUR BIRTHDAY, AMERICA. WE GET IT. SHUT UP ALREADY AND LET THE REST OF US HAVE SOME OF THE ATTENTION FOR ONCE, OKAY?!