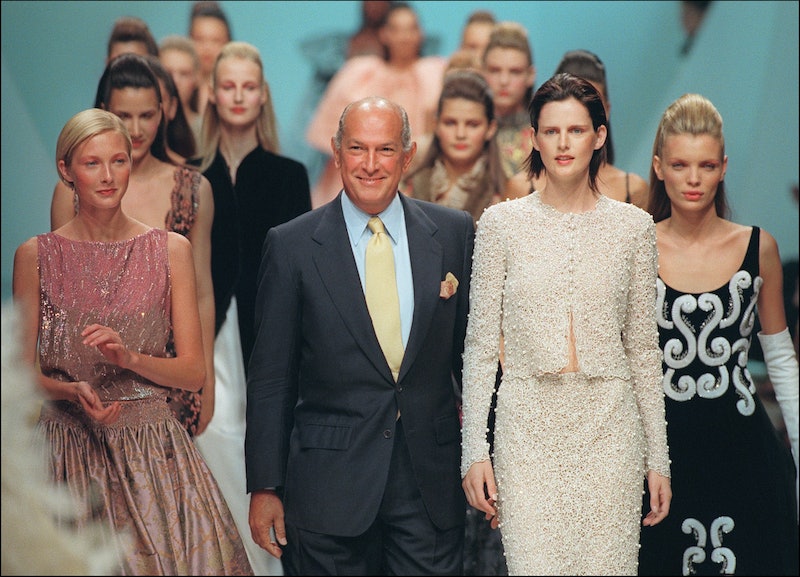 What better way to celebrate Oscar de la Renta's awesome fashion career than a retrospective at the Fine Arts Museums of San Francisco? The well-loved designer passed away last summer, and this new exhibition might just be the best way to honor him: It's curated by fashion magnate Andre Leon Talley, after all — and will feature 100 (100!) of his most iconic looks from over the years. The exhibition is set to open in February of 2016 at the famously lovely de Young Museum, and will run through May. Talley actually curated another exhibition for Oscar de la Renta (it's actually currently running at the SCAD Museum of Art in Savannah through May 5th) — but this new one at the de Young is going to be much bigger.

So if you're going to be in San Francisco next spring (or Savannah in the next couple months, for that matter), it'll definitely be something worth checking out. The San Francisco exhibit may not be set to go up for about a year from now, but I'm guessing that Talley's already started on the curating process. What do you think he should include? Now, I'm definitely no Andre Leon Talley, but here are a few gowns I'd about die to see in person:

Freida Pinto at the Cannes Premiere of The Homesman

Allison Williams at the 2012 Emmys

No matter what your feelings are on the rather polarizing Allison Williams, there's no denying that that is a serious dress.

Perhaps Zooey's most fetching look, ever (and that's saying a lot).

No one does polka dots quite like Oscar de la Renta.