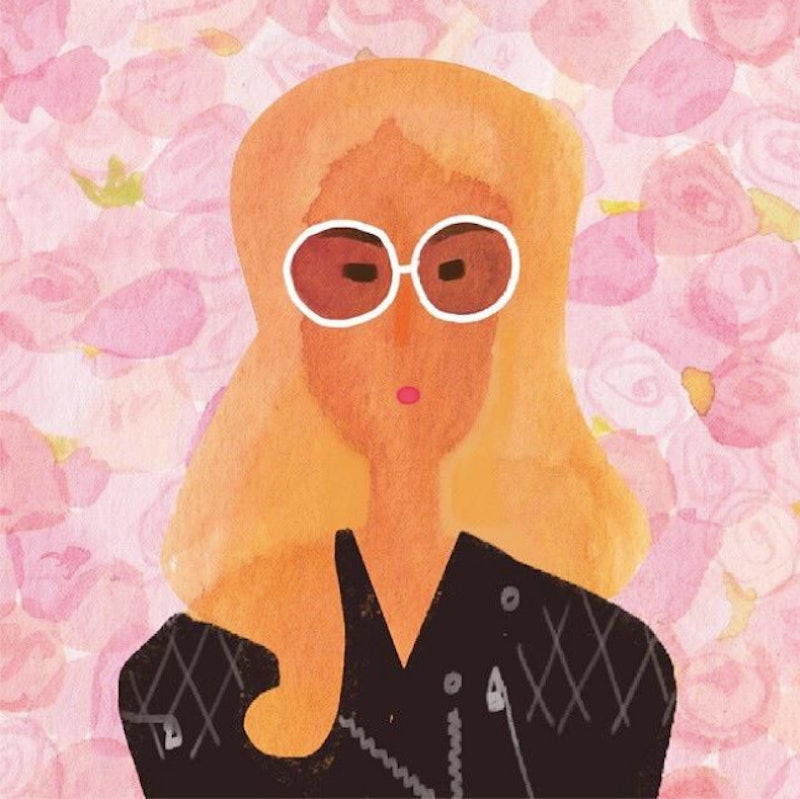 Emojis are the way we communicate these days: A dollar sign here, two dancing girls there — Emoji is a colorful and fun language that quietly conveys how we feel in an instant. But when news broke last month of Apple's diverse new emojis, it brought great excitement for some and quick criticism against the extra shades of emoticons for others. Mainly, the yellow emojis. But are the blatantly yellow faces diverse or racist? Inclusive or unnecessary?

Yellowface can be considered comparable to the analysis of blackface (the stereotypical portrayals of East Asians and African Americans, respectively). Often via masked makeup in media and theatrical portrayal, it still happens today in a discriminatory and/or ignorant way. For the most part, however, the application and practice are frowned upon.

In this case, it would seem that the creators of the emojis didn't consider the additions to have anything to do with race at all, but simply color. Caitlin Dewey of The Washington Post wrote that the emojis are meant to be "ethnically neutral, post-racial character(s) you can whip out when you don’t feel like getting into the subtleties of your emoji’s identity." But history shows that reaction trumps intention. The original happy and frown faces are yellow, sure. Yet the new emojis still make me ask: Just because I'm Asian American, do I have to pick the yellow icon? Or conversely, can I not choose the black one?

Part of the controversy was triggered by the over-saturation of color. Model Soo Joo Park commented on her Instagram feed that apparently "all Asians look like Legos." No one had to label and spell out what the icons seemed to represent. While the Korean superstar has been seen modeling on fashion's most celebrated runways (and I don't think that because she's of a different ethnicity to the majority of runway models that she gets treated any differently to other high-fashion models in the makeup chair or in the fitting room), the emojis still sparked emotion — an intrinsic reaction.

But what about yellow cosmetics? When it comes to makeup in real life, we generally want things like powders to match our skin. It's one thing if it's not "your color" and my one pet peeve is when it's not blended in the neck area and looks obviously cake-like. But do we want emojis to match our faces? I mean, we don't want to look like overdramatized characters on display as though we're on stage, right?

Weirdly enough, the whole emoji buzz has gotten me rethinking if my makeup palette is correct or whether I should be going with more of a yellow base. So I consulted my friend and makeup artist Maria Ortega, who has covered my face with a neutrally toned foundation before. She suggested that someone of my specific skin tone should pair down some yellow with a lavender primer, a bronzer, and a pink cream blush. The goal is to avoid clashing and over-coloring with customized personalization. It's mixing and matching. (Although my hypothesis is that we'll all eventually wear the same BB cream when end up the same beautiful race in a few years. Or, you know, thousands of years.)

But let's say we want to strategically play with color — even highlight it. Turns out there's a lot of yellow makeup that's not just for Halloween face paint and not just an undertone like the Kardashian-approved color base. For example, Lemon Aid helps with brightening correction for eyelids as well as being a concealer. And you can even wear yellow eyeshadow brilliantly.

Why does this all matter, you may ask? Well, the various shades of new emoji remind me that I don't have to hide behind any color, but simply express myself with or without makeup. Growing up, I flipped through magazines that always categorized models, readers and celebrities. "If you're this skin tone then use these colors." "If you're this body shape, wear this." You still see this categorization in the makeup aisle or when you talk to stylists. But sometimes, I don't want to copy the usually lone semi-lookalike like Lucy Liu and I want to wear "the stuff for petite girls" or borrow from women "in their forties." We can pick and choose our items and style just like we pick our words and emojis. We can subtly complement... or we can totally clash on purpose.

So how about my own emoji like Karl Lagerfeld, with me as cartoon — to be seen; to be iMessaged. Me thinks the more versions of myself, the better the range. Consider this a developer call!

More like this
Confused About Blush Placement? This TikTok Makeup Hack Will Help
By Olivia Rose Ferreiro
Does Valentino’s Twin Liner Live Up To The TikTok Hype?
By Olivia Rose Ferreiro
This Week’s New Makeup Releases & More Beauty Headlines
By Audrey Noble and Erin Stovall
15 Talc-Free Makeup Brands For Safer Eyeshadows, Powders, & More
By Audrey Noble
Get Even More From Bustle — Sign Up For The Newsletter