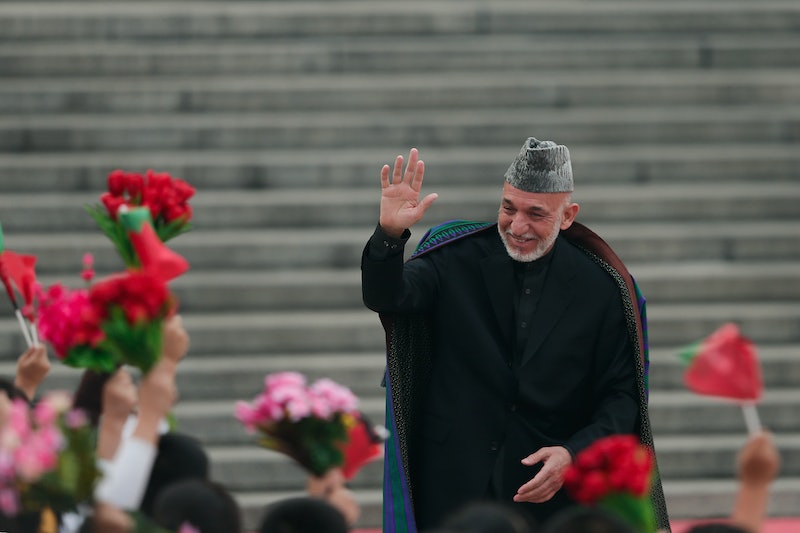 News that U.S. security forces had seized a senior Pakistani Taliban leader as he was being held by Afghan government officials added strain to the already tense negotiations between Afghan President Hamid Karzai and Secretary of State John Kerry Saturday. The two countries decided to extend talks over a potential security pact that would determine how many U.S. troops would stay in Afghanistan after 2014, but snagged on two contentious points — but the U.S. is hoping to finalize the deal by the end of the month, threatening a "zero-option" if no agreement is reached.

Discussions between Kerry and Karzai — already stalling over the issue of sovereignty, as well as the U.S.' refusal to guarantee protection from foreign attacks — were further taxed when U.S. forces captured a senior Pakistani Taliban commander, Latif Mehsud, from Afghan intelligence officials reportedly trying to recruit him.

According to the Pakistani Taliban, Mehsud was captured by the Afghan army on October 5, and was coming back from a meeting regarding negotiating exchanging Afghan prisoners for money, when he was taken by the U.S. On Saturday, the Afghan government accused the U.S. of "forcibly remov[ing]" the Taliban leader, whose group, according to a State department spokeswoman, has claimed responsibility for the attempted attack on Times Square in 2010.

The news came as Afghan and U.S. officials were meeting to finalize the details of a security agreement, extending their talks until Saturday evening — possibly longer.

"We will try to see if we can make a little more progress, which we have been doing," Kerry told reporters.

Karzai has been refusing to sign the US-Afghan deal until issues over sovereignty are resolved, but the US has been pushing to have the agreement packed and packaged by the end of the month — so much so that it's ready to abandon talks completely, and pull the entirety of its forces out of Afghanistan (otherwise known as a "zero-option") by the end of 2014, if negotiations don't end soon. But Karzai remains firm, saying the deal can wait until after their country's elections in April. When similar talks between Iraq and the U.S. collapsed in 2011, the U.S. followed through on its threat and pulled all its troops from Iraq.