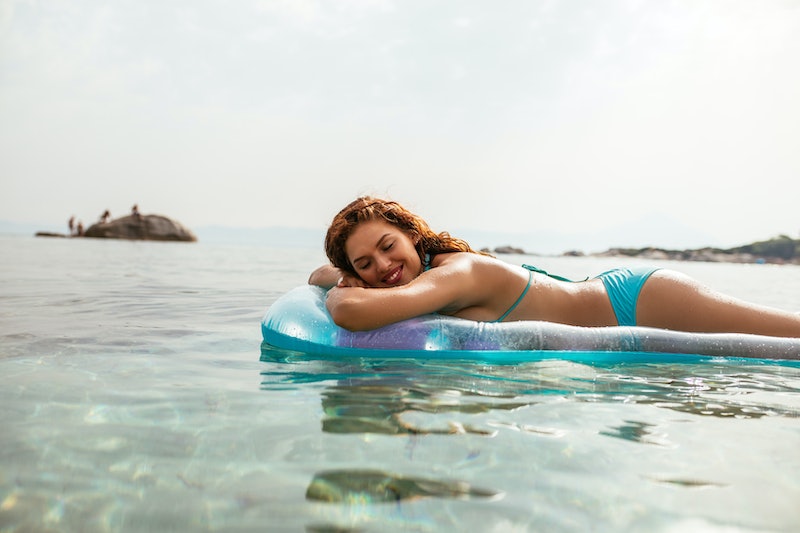 Any Fringe enthusiasts will remember that “sensory deprivation tank” (i.e. human cage full of room-temperature water) in which mad scientist Walter Bishop stuck Olivia Dunham so that she could cross dimensions. It sort of exists now, but as a form of womb pod hydrotherapy, rather than an exploration of alternate realities. Mashable reports that the body-temperature water tank contains “a higher concentrate of Epsom salt than the Dead Sea (up to 1,000 pounds),” wherein “you see nothing. You hear nothing. You might feel nothing.” It sounds eerie, but it's potentially pretty useful.

Isolation tank therapy isn’t exactly a new phenomenon, but it’s gained more of a following in recent years. Restricted environmental stimulation technique (REST) systems have been reported to abate muscular pain, stress, and other anxiety disorders by a significant number of patients. A 2005 study of the REST reported that “flotation therapy is an effective, noninvasive method for treating stress-related pain”; furthermore, “the method is not more affected by placebo than by other methods currently used in pain treatment.”

So what is flotation therapy really like? “For me, the experience was like Zen meditation: boring at first, then over in what seemed like seconds,” reports the Washington Post’s Justin Moyer. “Suspended in about two feet of 94-degree water filled with Epsom salt, I didn’t just feel relaxed, I felt like the giant baby at the end of Stanley Kubrick’s 2001: A Space Odyssey.” The upside to all of this is that unlike more invasive forms of treatment, flotation therapy is relatively inexpensive.

The only downside (and perhaps the mostly commonly reported one) is the effects of the pod’s claustrophobia. According to Mashable, researchers who interviewed people after float sessions in a 2008 Swedish study found that some "reported hearing voices, seeing light phenomena, or feeling as if they were soaring." This isn't uncommon when the brain is deprived of "external stimuli" — but it's still not necessarily pleasant.

But folks are still seemingly willing to give these sensory deprivation boxes a whirl, and it may be an more natural cure for stress-related ailments than medication or other forms of therapy. I mean hell, I’d be willing to give it a try. Would you?

More like this
This Psychological Effect Might Be Keeping You From Hitting Your Goals
By Lexi Inks
Here’s Your Daily Horoscope For September 26, 2022
By Mecca Woods
This Tarot Card Means It's Time To Reach Your Magical Potential
By Brittany Beringer
10 Ways To Be More Empathetic To Your Partner
By Raven Ishak and Lexi Inks
Get Even More From Bustle — Sign Up For The Newsletter