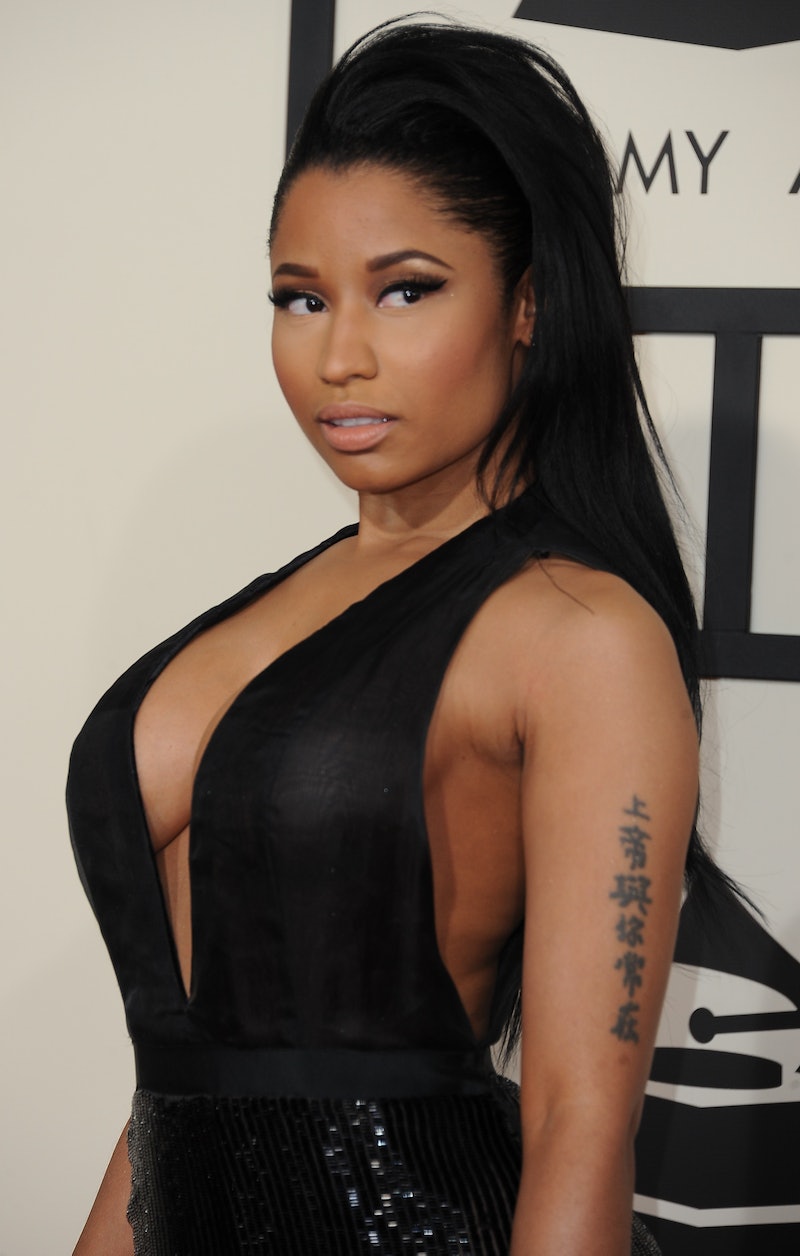 This thing could've gotten ugly real fast: in the most civil Instagram/Twitter almost-battle ever seen between two hip hop divas, Nicki Minaj and Christina Milian argued over "On Fleek" and who can really claim the "It" phrase of the moment. Nicki brought it into the mainstream vocabulary in her song "Feeling Myself," but Christina's capitalizing on it by printing "Pretty On Fleek" on t-shirts in her new line. Getting hot in here, no?

After seeing "Fleek by Onika" trending on Twitter, Nicki Instagrammed a screen grab and mentioned Christina's shirts in the caption, basically saying she was waiting for royalties. Christina commented on the photo to point out that A) she had been using the phrase "for a while now", B) her line is called "We Are Pop Culture", so it made sense, and C) she'd give Nicki a cut... well, that part's up for interpretation.

The conflict went cross-platform when Nicki confirmed it had been a joke on Twitter, Christina said she was confused, and Nicki responded saying they were cool. And then they probably hugged it out, but that wasn't on the internet.

So, is Nicki the true creator of "on fleek"? We may never know, but we may never need to — after all, everyone's using it now, including Christina.

More like this
Confused About Blush Placement? This TikTok Makeup Hack Will Help
By Olivia Rose Ferreiro
The Pros & Cons Of The "Moisture Sandwich" Trend, Explained By Derms
By Olivia Rose Ferreiro
Why TikTok Is Flooded With Controversial Videos About "Pick Me Girls"
By Courtney Young
This TikTok Song About An Unrequited Romance Has FYPs In Shambles
By Emma Carey
Get Even More From Bustle — Sign Up For The Newsletter