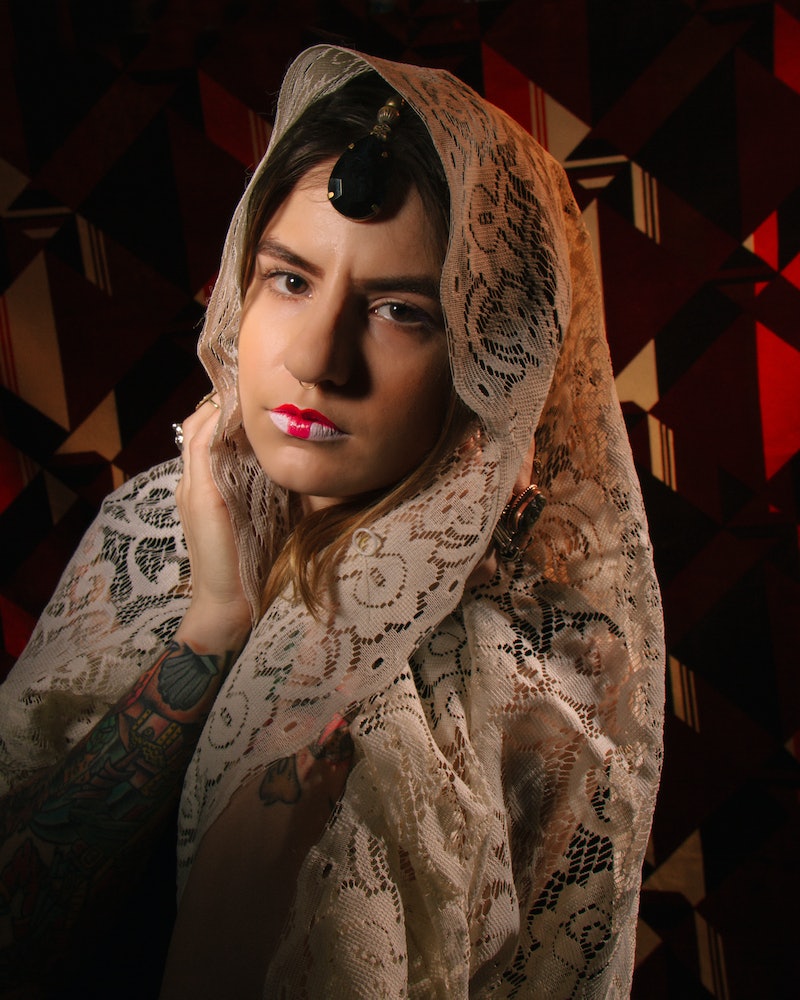 Goth elements dominated the runways at this year's many Fashion Week events, and there is nothing more goth than a Sith Lord. In fact, Star Wars- inspired fashion is kind of having a moment this season. I'm not talking graphic tees with galaxies printed all over, but more about items influenced by the most famous goth of all time: Darth Vader. He uses the power of the Sith, or dark side of the force, to literally choke the competition. One mustn't be a nerd to appreciate the creativity that goes into these stories. I happen to be one extra large geek, and that’s how I can spot obscure galactic influences all across the catwalk.

Fans across the globe were stunned when Disney chose to axe the Expanded Universe books, comics, and all of the characters and events that came along with it. Luckily for us die-hards, this didn't include The Clone Wars series, which was absolutely fantastic. In this series, you learn what happens in between Attack of The Clones and Revenge of The Sith, and I consider it vital viewing material for any fan. It seems to me that there are even fashion designers who have seen this extra-nerdy series, as I have noticed the touch of the adored sci-fi franchise all over the runway for a few years now.

The style heroes of Star Wars are many, and the usual choice for inspiration is grandiose Queen Amidala's Asian inspired royal garb, but if you follow fashion as well as The Force, the costumes throughout are a treasure trove of inspiration. Aside from the more obvious imagery employed last year by Rodarte, Preen, and Black Milk Clothing, who used prints of major characters, it's clear some designers are very into the more nuanced elements.

Gareth Pugh cited warriors and libertines for his A/W ‘15 collection at the London display, but many of us chic geeks saw something else entirely. The red face makeup looked straight out of the planet Dathomir from the animated series The Clone Wars, where badass witches have a penchant for raising little Sith babies. This is the planet that Darth Maul is from, and you can see his signature look and that of his kinswomen in the matte leather plating paired with draped black cloak-like elements.

The princesses of the Star Wars world are far from delicate, what with their frequent battles and incredible aim with a blaster, but their battle clothes are decidedly comfortable looking! You can find Leia and Padmé match as mother and daughter often do in their neutral colored body suits complete with matching cloak when it's time to throw down. This season a Charlotte Ronson look nailed that aesthetic perfectly. What the princesses wear into war, we would wear on a casual Sunday.

Fashion darling Katie Gallagher isn't even immune to the power of the dark side, and the palette seen on her runway this A/W channelled Imperial guards, seen above with Darth Maul. They never speak, they just serve; their presence is unnerving, effective, and creepy for miles. This is the vibe I get from some of Gallagher's newer pieces, and it's working for her. I would wear any of these in a heartbeat.Thankfully for us Star Wars babes, there's a new installation coming at the end of this year. I for one am overjoyed. The amount of creativity that goes into each incarnation of these films is stunning and instantly iconic, how could it not bleed over into other forms of popular culture? It's going to be a long wait for The Force Awakens, enough time for those not well versed in Galactic protocol will have plenty of time to catch up on the six feature films and six seasons of animated in-betweens!