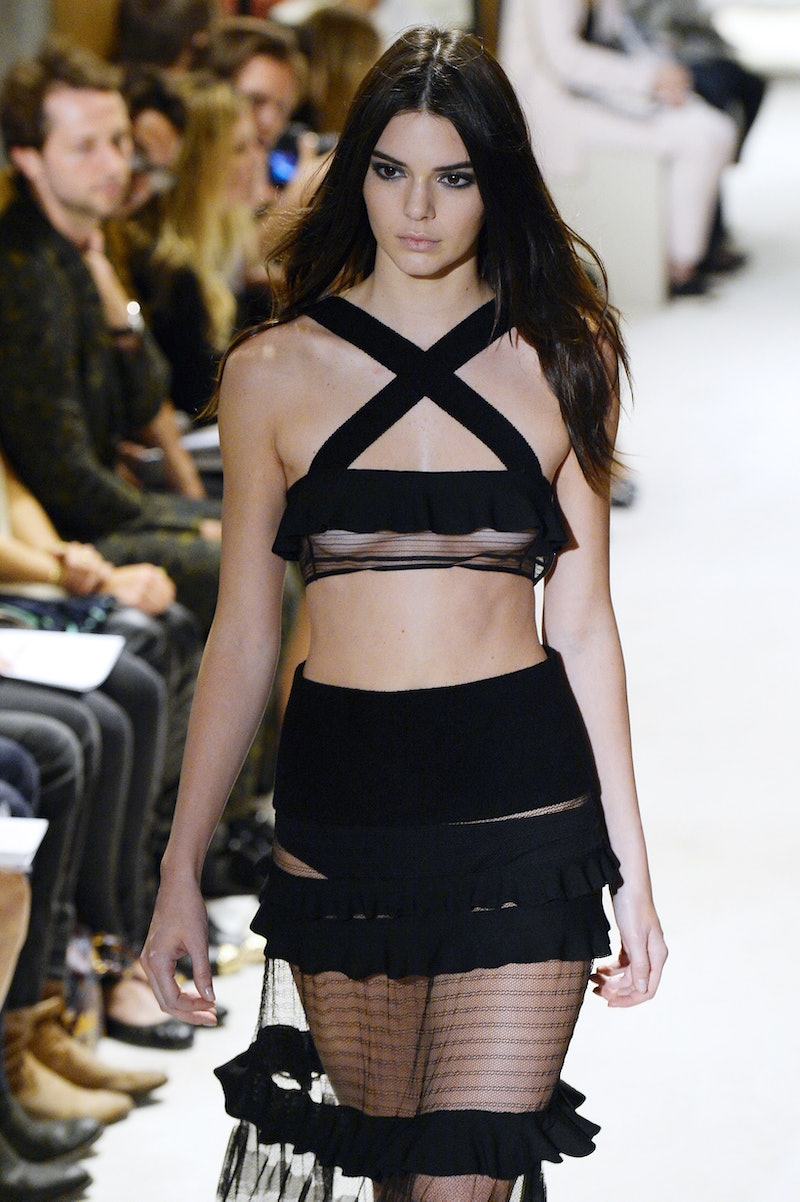 Kendall Jenner might be the hardest working family member of the Kardashian-Jenner clan. That's arguably not a hard title to claim, but hey — gotta give Kendall props. She started from the bottom (and by bottom, I mean having her period documented on a reality show) and now, she's walking all of the high fashion runways. This time, Kendall Jenner is at Paris Fashion Week walking H&M's Studio Show.

Fresh from New York and London (she had to skip Milan Fashion Week because she felt too sick), Jenner walked more than nine runway shows. Feeling all better, Jenner made her Paris Fashion Week 2015 debut at H&M's studio show, alongside BFF Gigi Hadid. They both looked stunning (as expected), sporting newsboy caps and strappy heels. Jenner wore slim pants, embellished sweaters, chevron prints and gorgeously nude and natural makeup. Hadid wore a textured black onesie, and although she was all covered up, she still managed to look sexy as ever. #Gigihadidproblems, amirite?

The supermodels are neck-and-neck in numbers of shows this season. And of course, this is just the beginning for the two in Paris. According to E! Online, Jenner is rumored to walk Balmain and Vivienne Westwood later this week. Hadid walked Dolce & Gabbana, and accompanied Jenner from NYFW to Milan, London and now Paris.

I kind of want these girls can settle who puts the "super" in supermodel in a walk-off, a la Zoolander. Wouldn't that be kind of fun?