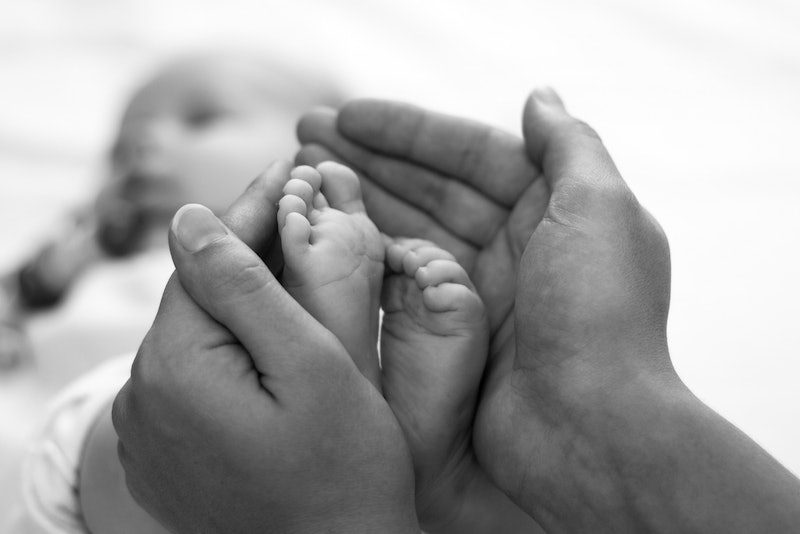 People, yet again, have proven themselves to be, definitively, the worst. This past week, the most horrible trolls of the Internet have taken them upon themselves to viciously bully two-year-old baby girl Mariah Pringle. That's right—a baby. A baby who never did anything to anybody, who is loved dearly by her family, and who suffers from the rare Chromosome Two Duplication Syndrome which limits a her development, learning and motor skills. The internet is bullying a baby who has been fighting for her life since she was born. So yeah, that's where we're at, as a society. Everyone feeling really good about themselves yet?

The recent bout of bullying began on Mariah's second birthday, when her mother, Kyra Pringle, posted a photo of the birthday girl to Facebook in celebration. Which is around the time that Mariah's photo went viral, the subject of ugly, cruel memes courtesy of the lovely folks of the Internet. Kyra was mocked for her looks, both in comments on the photo and in people's other "creative" manipulations of it. Mariah was called a leprechaun, a monster, and a demon, among other things.

It's one thing for adults to anonymously attack other adults online. For instance, if I've written an article with a controversial opinion, I expect the trolls to come out of their dark digital hovels to harass me. That's part of the game. I am an adult woman who actively chooses to be present online. I know what I'm getting into. That's not to say I think it's right to be mean or violent towards anyone under any circumstances at all, but there's an old saying that goes, "pick on someone your own size." Many of the trolls didn't realize Mariah had an illness, and have since repented, but illness or not, these are still full grown adults poking fun at a baby. And for what? Does it make them feel big?

The more I write about this, the angrier I get. We've developed into a culture where it's both okay and expected for people to be brazenly cruel to one another, so long as it's happening online. But we've also developed to the point where our digital lives are our real lives. Our photos, our stories, our social lives and our families are as real in the digital realm as they are in the tangible one. And yet people continue to behave in ways in the former that they never would in the latter. Mariah and her family are real people, and as Kyra says, "The things you guys are saying about my child...She's not a monster, she's real."

Unfortunately, Kyra's life expectancy, per her disease, doesn't have a positive outlook. But thankfully, it's not all doom and gloom. There are some nice people on the Internet too, and thanks to them, Mariah's GoFundMe page has so far raised $6,340 towards the baby's medical bills. Complete strangers to the Pringle family, donating because they've been moved by Mariah's story. This is the kind of society we should be cultivating.