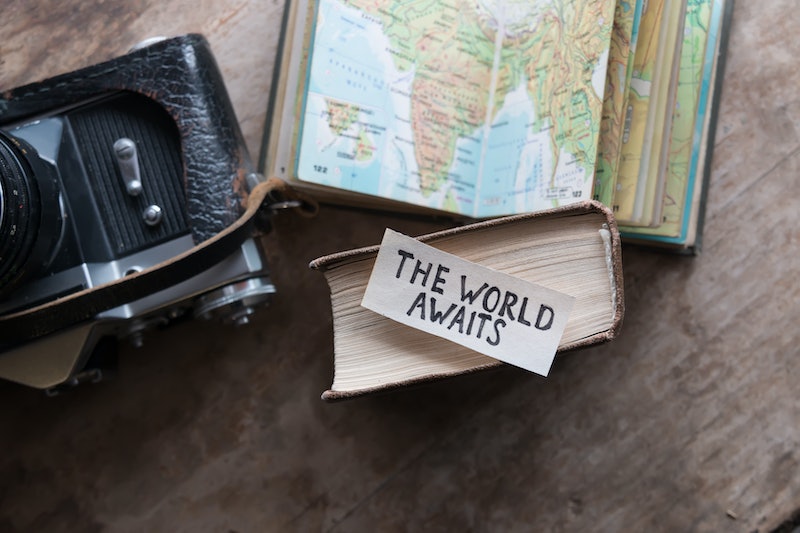 I may have issues with Tinder Plus' weird ageist pricing scheme — but there's no denying that they've got an incredibly effective ad campaign for the new service. Tinder Plus' first commercial features a gal going solo on what looks like the vacation to end all vacations, meeting people and having both fun flings and meaningful connections along the way. Not only does it show off all of Tinder Plus' snazzy new features, like Passport and the undo button, but also — and perhaps even more notably — it makes me want to drop everything and hit the road right this very minute. I'm talking about wanderlust in the extreme. Maybe one day, I, too, will have the fortitude to build a tiny house on wheels and travel all over the country.

I think what I like so much about this ad is that it's not just about hooking up — which, up til now, has been Tinder's primary selling point. Not that there's anything wrong with that; but after a while? Let's just say that the gimmick gets old. It's as fast-paced as I imagine Tinder itself is, but instead of being filled with empty swipes, every frame counts. Plus, I kind of love that the whole ad more or less takes place within the space between when our heroine's pal asks her how her trip was and when she finally responds.

I mean, look at all this — does it not make you want to hop on a plane immediately?

Complete with a photo op at Picadilly Circus:

Smooches by the Thames:

And a hasty retreat (sorry, random British guy. Clearly it's just not meant to be). But while she's still in London, Passport lets her get a jump start on her next location:

Is Sam actually a Frenchman? Is he an expat living in France? Or is he a fellow jetsetter? I'm not sure, but whoever he is, he looks dreamy. Good thing our solo gal can reverse the accidental left swipe she made on him, right?

You guys. That? Is truly the stuff of which romance is made. They see the sights (where did they get a Polaroid camera? Maybe it doesn't matter, but I definitely want one now):

They have a fight:

But good gravy, is the chemistry palpable:

And even though she's all set to make the move to her next location...

Even though Istanbul looks like a blast, though, she's clearly missing her mysterious Frenchman:

They have more travel shenanigans:

And some fun-looking sexytimes:

Good trip, huh? And all that is just a small portion of the adventures she has. Check out the full ad below to see 'em all:

More like this
You Can Stay At The 'Hocus Pocus' House On Airbnb
By Alexis Morillo
Craving The Beach? Here's Your Guide To A Solo Vacation In Turks & Caicos
By Alexis Morillo
8 Completely Unserious Tips To Make Your Cuffing Season A Success
By Ginny Hogan
10 Ways To Be More Empathetic To Your Partner
By Raven Ishak and Lexi Inks
Get Even More From Bustle — Sign Up For The Newsletter