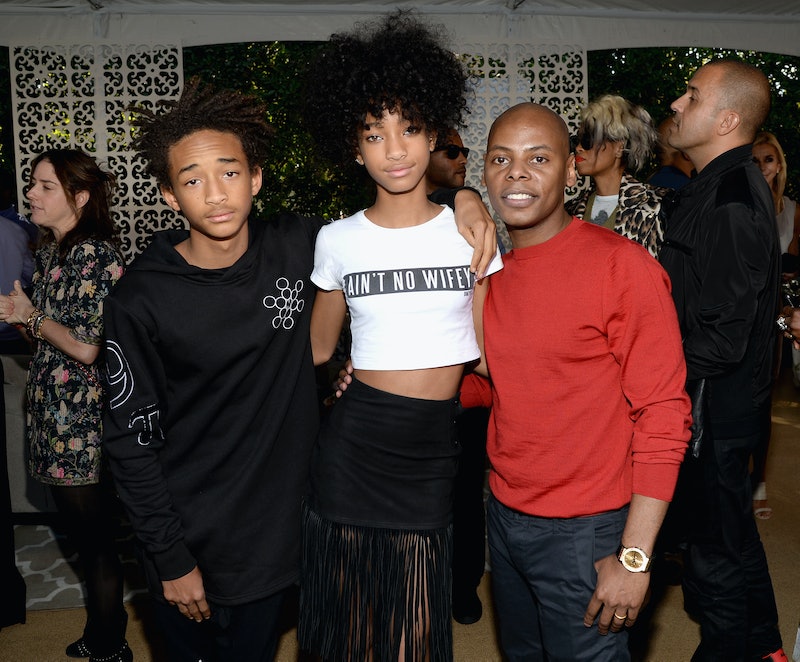 Aesthetics in the form of makeup, fashion or hair styling are such enticing and communicative forms of art, because they are oftentimes the first indication as to who we are projecting ourselves to be. Willow Smith doesn't take this lightly. The introspective fourteen year-old daughter of Will and Jada Pinkett Smith posed for CR Fashion Book's latest issue looking like a goddess. According to the accompanying feature, Willow Smith plans on embracing natural beauty in 2015 — that means sporting dreads and channeling a personal style that evades definition. Are you sure you're just fourteen, Willow?!

Whether it be her infamous T Magazine interview where she referenced our ~ holographic reality~ , or the #freethenipple Instagram photo she posted, Smith is no stranger to making bold, non-apologetic statements that prove her to be intellectually well beyond her years. Well she's back at it again, this time decked out in Kenzo, Tom Ford, Rodarte, and Saint Laurent, non-coincidently sporting LA designer Lisa Eiser’s jewelry, made for cool courageous women everywhere.

In the spread she tells CR, "I think my look changes all of the time, and right now it's a bit more messy, kind of grungy." Keeping in mind a desire to maintain an air of authenticity even as her fashion sense evolves, she went on to say,"I just want to have dreads. I want to embrace my full self, as natural as I can be."

And, in case you were curious about her other goals for 2015, Smith wants to learn Krav Maga, a form of martial arts developed by the Israeli military, and capoeira, the art of Brazilian dance fighting. Clearly, she is all kinds of self-possessed, especially for a young teen.

We all have to grow up at some point, but some of us are just better at it than others. Rock on Willow.