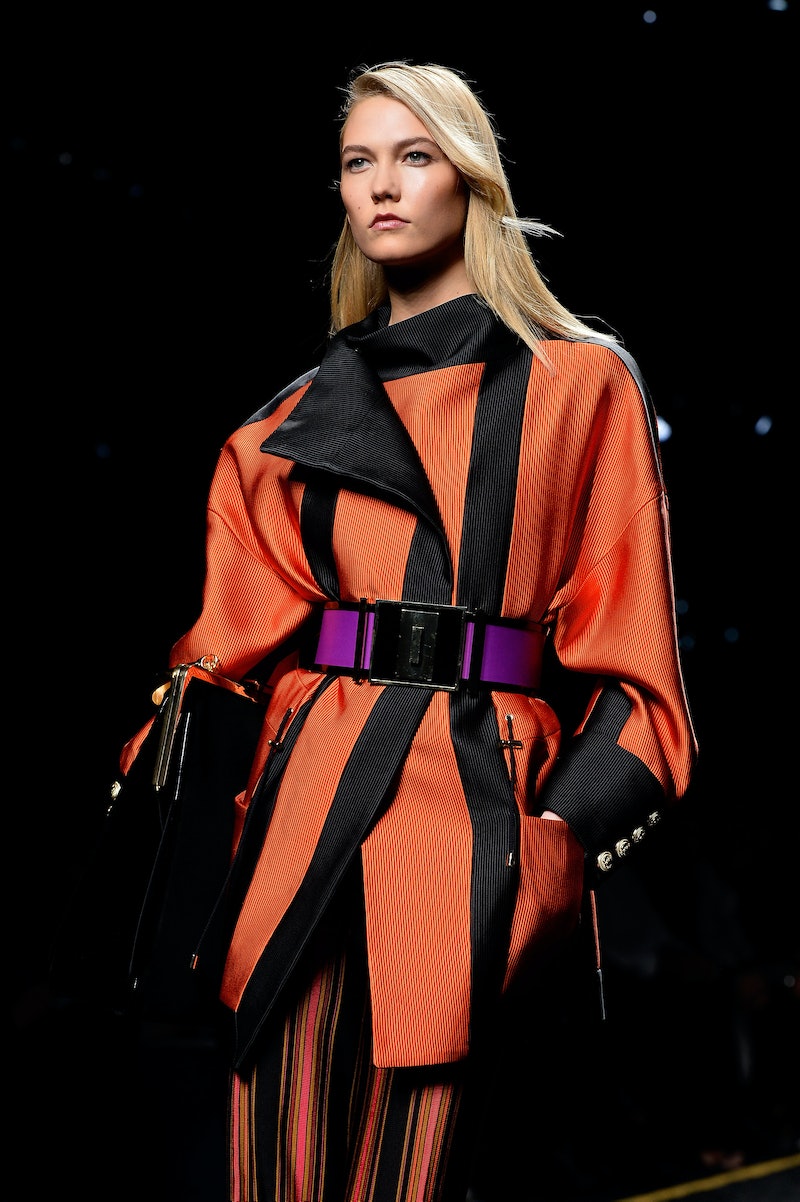 What a show, eh? Between all of the metallic orange fringe and the debut of Kim Kardashian's buzz-worthy new hair color (if you haven't seen it yet, it's full-out platinum!), Balmain's Paris Fashion Week show was quite the ordeal. After all, in addition to some truly wonderful clothes (Joan Smalls stomped the runway in a high-fashion, fabulous version of Drew Barrymore's metallic pink prom dress from Never Been Kissed , which should give you an idea of what kind of fashion game was afoot), most of the biggest names in the modeling world (and a healthy portion of the Victoria's Secret Angels) walked the show. Everyone from Joan Smalls to Gigi Hadid to Adriana Lima was there — in fact, the only person who didn't seem to be walking the show was the (alas) largely M.I.A. Cara Delevingne!

Yep, there was a pretty overwhelming Victoria's Secret Angel presence at the show, both past and present (and future — Gigi does have an upcoming campaign with the VS PINK line, after all). There were a couple VS legends in attendance (Alessandra Ambrosio opened the show, while Adriana Lima closed it), some of the brands current superstars (Joan Smalls, Jourdan Dunn, and Jessica Stam), as well as some of their up-and-comers (Ming Xi). Any way you cut it, it was a very star-studded show — so let's take a look at all of Balmain's supermodel fabulousness.