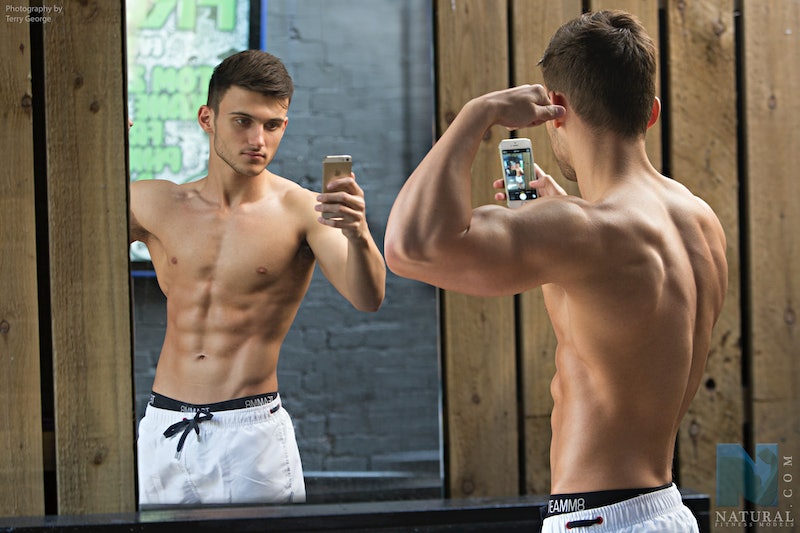 There are some things we don't necessarily need science to tell us: the sky is blue, Zayn Malik is prettier than 99.5 percent of the world's population, and men are more narcissistic than women. Just to drive that last point home, however, scientists from the University at Buffalo School of Management analyzed data from more than three decades of narcissism research, and the results confirmed what most of us knew all along; out of 475,000 participants spanning multiple generations, men regularly score higher in narcissism than women. The study, which looked at data from 355 studies since the 1980s, didn't stop there. It also looked at gender differences in narcissism in three key areas: leadership/authority, grandiose/exhibitionism, and entitlement. There was no gender difference in exhibitionism, meaning that "both genders are equally likely to display vanity or self-absorption," lead author Emily Grijalva, PhD, told Science Daily. However, there were significant differences in the other two areas studied. Men scored higher than women in terms of entitlement, meanning that they're more likely to manipulate others for their own gain and expect certain privileges.This finding merely adds to a body of research that has found the same results repeatedly for years. In our patriarchal society, women are consistently punished for displays of arrogance or ambition, while men are applauded for the exact same characteristics. Men feel more privileged than women because that's exactly what they are.

<img alt="" src="http://38.media.tumblr.com/tumblr_lkf0rddLyP1qexni7o1_500.gif" class="article-body-image" title="Image: http://38.media.tumblr.com/tumblr_lkf0rddLyP1qexni7o1_500.gif"/>Similarly, men also displayed more narcissism than women in the leadership/authority area. "Men exhibit more assertiveness and desire for power," Grijalva told Science Daily. Once again, this is supported by prior research finding that people associate men with power, such as a study last year that found students give higher ratings to male professors than female ones. If you need more evidence, look no further than the fact that more companies are run by men named John than by women in the United States. It sounds like a headline from the Onion, but it's distressingly true.According to Grijalva, this has to do with the negative reaction women receive when they show what people perceive to be masculine characteristics. As she explained it to Science Daily, "women often receive harsh criticism for being aggressive or authoritative, which creates pressure for women... to suppress displays of narcissistic behavior." With the exception of the aforementioned narcissism related to exhibitionism, of course, because women are taught that their worth is directly tied to physical appearances.

Obviously, there are exceptions to every rule, but there's no denying that gender has an enormous effect on personality differences. According to Grijalva, further research on the narcissism could lead to explaining "gender disparities in... important outcomes," such as leadership, self-esteem, and emotional stability, which are all tied to narcissism. In the meantime...

More like this
It's A Pleasure #53: Help! My Boyfriend Won't Tell Me Why He Stopped Going Down On Me
By Sophia Benoit
How To Politely Reject Someone Who Keeps Asking You Out
By Laken Howard and Lexi Inks
Isa Guha Is Taking The Lead
By Charlie Mock
10 Ways To Be More Empathetic To Your Partner
By Raven Ishak and Lexi Inks
Get Even More From Bustle — Sign Up For The Newsletter