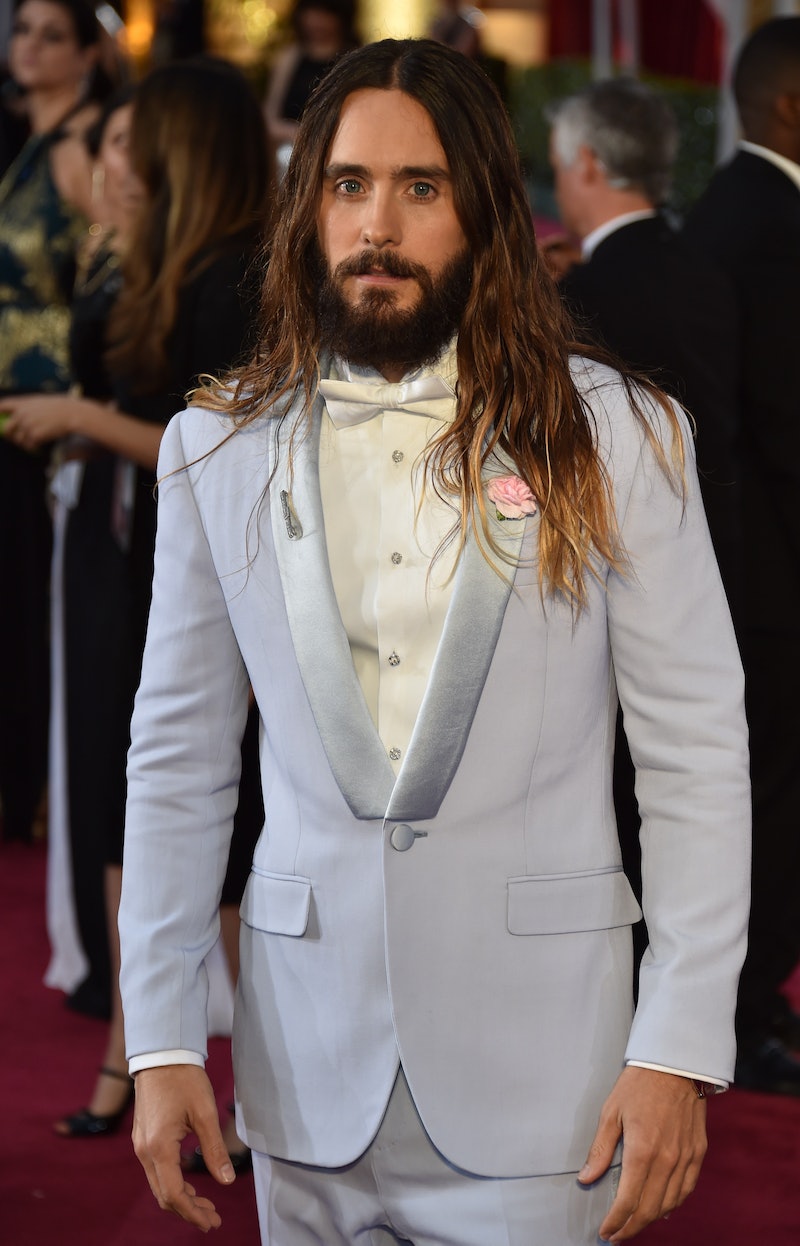 As if the news of Kim Kardashian going platinum blonde was not enough to #breaktheinternet, another major celeb has chosen to lighten up his locks. That's right, Jared Leto dyed his hair platinum blonde as well, and now he looks like a totally different person. Guys, I can't even handle this right now. My heart hasn't yet recovered from the news that he'd chopped off his fabulous ombré tresses earlier this week. But alas, Jared Leto's hair waits for no one.

According to HollywoodLife, blonde Leto was first spotted by an Instagram user called Philly PR Girl, who posted a photo with the caption "#JaredLeto basically ran right into me while he was running to the #Balmain show! Kim must be pissed!#ParisFashionWeek #pfw15 #ParisFashion.” The reality star probably is a little peeved that he stole her thunder by revealing his dramatic makeover on the same day and at the same fashion show. Just try to tell me this wasn't somehow planned!

As for how Leto actually looks as a blonde? Well, let's just say I'm missing the ombré man bun now more than ever. Obviously, he'd be a total hottie even if he dyed his hair orange with green stripes, but I think HuffPo said it best when they compared Leto's new look with Karl Lagerfeld's signature silver ponytail.