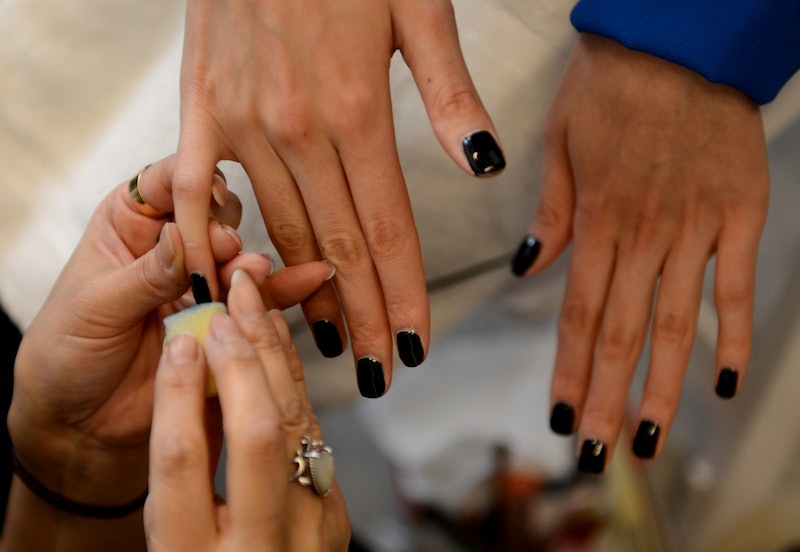 This is the burglary heard 'round the beauty world! Someone stole over 400 bottles of nail polish from the Williamsburg salon Nails and Spa 4U. The manicure-obsessed thief has since been referred to as the "Nail Polish Remover," which is pretty much the best criminal nickname since "World's Hottest Felon" (aka Jeremy Meeks).

According to DNAinfo, the Williamsburg police department states that the Nail Polish Remover broke into the salon outside of business hours on either February 22nd or 23rd. He or she broke a latch on a window in the back of the store and proceeded to steal approximately $1,300 worth of nail polish. Is this thief trying to open their very own nail salon using extremely discounted merchandise?

Aside from the nail polish, a DVD player, a data chip from a security camera, and a laundry bag were also taken. Miriam Paredes, an employee at Nails and Spa 4U, told DNAinfo that the majority of the stolen bottles were of "relatively new gel polish." So, we know the thief is at least peripherally aware of the latest trends in nail art. The Nail Polish Remover's heist actually left the store unable to serve its customers on February 23rd given the current popularity of gel manicures.

I am not condoning the Nail Polish Remover's behavior in any way, but at least the thief landed a super excellent nickname out of the deal. This is one of the strangest cases of theft in Brooklyn since the great American Apparel pants burglary of 2014.