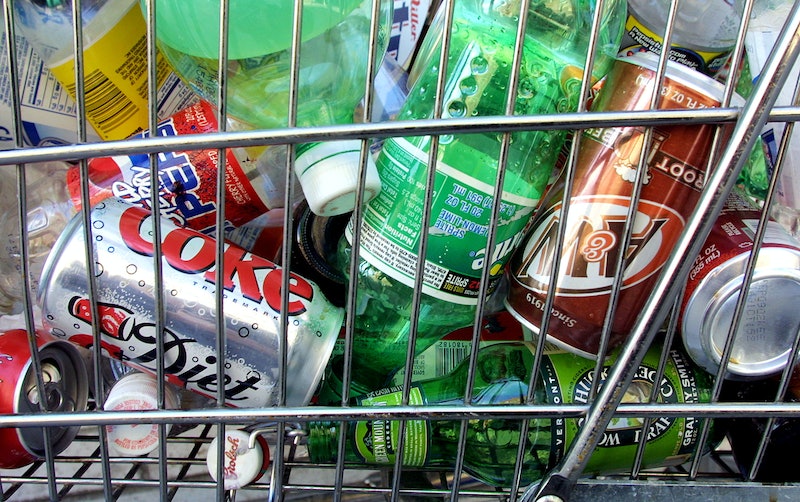 The BPA saga continues: On Monday, a collaborative research group presented the findings from their examination of a possible link between miscarriage and the chemical bisphenol-A (BPA), a chemical found in many plastics and tinned foods, which can act like a hormone in large doses. The small-scale study tracked women who were prone to miscarriages and had difficulty conceiving, and researchers found that the women's chances of suffering another miscarriage was elevated after high exposure to BPA. Medical analysts warn that the study should be taken with a pinch of salt, as numerous research sets have both proven and dismissed a link between BPA and ill side effects — the possible link between cancer and BPA is most often examined — and there's still not enough data available to know either way.

Still, pregnant women have been warned to cut down on their exposure to the chemical, which is typically found in plastics and tinned food. In particular, say researchers, heating up plastic containers could prompt higher levels of BPA leakage.

The study followed 114 women who suffered fertility issues, and found that the fraction who were most exposed to BPA saw their risk of miscarriage elevate — but it isn't clear by how much, since the margin of error could be anywhere from a tiny raise of risk to up to 80 percent more likely to miscarry. The American Society for Reproductive Medicine, which presented the findings Monday, noted that the research wasn't enough to prove a link, but that it strengthened the "biological plausibility" that BPA could disrupt fertility, since in certain doses bisphenol-A can act similarly to hormones.

The link isn't conclusive, warned Linda Giudice, a biochemist and president of the American Society for Reproductive Medicine. Because women with healthy fertility levels weren't utilized in the study, it's hard to say what a control group would have looked like, and it may be that the women in the study who had high BPA in their system and were more likely to miscarry — which could be two separate elements — had other risk factors that affected their fertility. For example, the women might have processed BPA differently and held it in their bodies for longer, which showed up as greater exposure in tests. In other words, said Giudice, don't panic, but don't be reassured that BPA is necessarily safe, either.

That sentiment has been echoed for years by medical experts and analysts: BPA has been viewed with caution for at least the last half-decade, and the FDA has banned baby-bottle manufacturers from making bottles with the chemical as a precautionary measure. Studies have shown that high doses of BPA will act akin to a hormone-disrupting chemical, but it's unclear if the typical doses in plastics and cans are anywhere near high enough to cause harm. Anti-BPA activists say that any link is reason enough to avoid the chemical; other analysts say that the average person's exposure to BPA will almost never cause harm, since it's just too small a dosage.

Most of the research into BPA so far has examined a potential tie to cancer, but findings haven't been conclusive: some studies register ill effects of the chemical in animals, and others simply don't. In rodents, for which a link has been shown, critics argue that the dosage given to the rodents was far greater than any human would ever receive from cans and plastics.

Just last week, writers at Forbes and USA Today went head-to-head over the impact of a partially-retracted study that linked BPA to numerous cancers in rodents. After USA Today ran an extended piece about the potential risks of the chemical, Forbes hit back by saying that the article was deliberately misleading and fear-mongering, and that there was no proven risk between BPA and humans as yet.