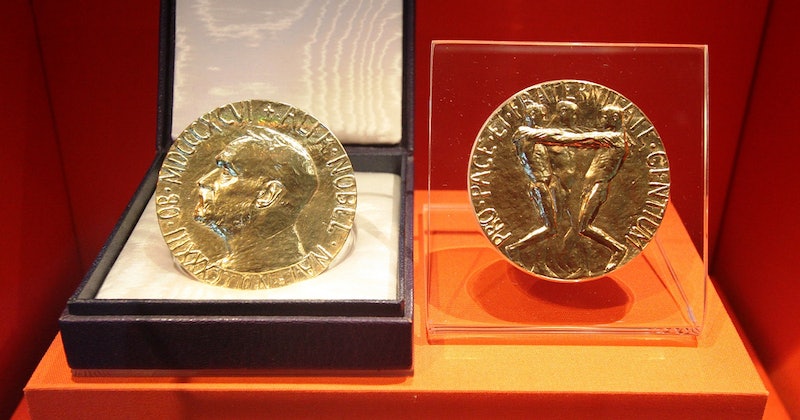 The $1.25 million Nobel Memorial Prize in Economic Science was awarded to three American professors Monday: Eugene F. Fama, Lars Peter Hansen, and Robert J. Shiller, for the impact of their work on the pricing of financial assets. The three independent researchers had found that, although predicting the price of stocks and bonds over the short isn't doable, it is actually possible to foresee the general course of pricing over the long term. Their findings have had significant impact on the way people invest, discouraging efforts to predict price movements and popularizing index funds.

If that sounds confusing, that's because, well, it is.

"There is no way to predict the price of stocks and bonds over the next few days or weeks," explained The Royal Swedish Academy of Sciences, who awards the prize, in their press release. "But it is quite possible to foresee the broad course of these prices over longer periods, such as the next three to five years. These findings ... were made and analyzed by this year's Laureates."

"Mispricing of assets may contribute to financial crises and, as the recent global recession illustrates, such crises can damage the overall economy," the award body added.

Shiller penned an eerily prophetic book back in 2000, entitled Irrational Exuberance, predicting the bursting of the stock-market bubble. He helped develop the S&P/Case-Shiller home price index, which has become one of the most trusted way to measure home values. On Monday, Shiller said that economists are still learning new things from the bursting of the housing bubble.

"I think there's much more to be done. I think it will take decades," Shiller said. "But we've been through financial crises many times in our history and we've generally learned from them."

Only one woman has ever been awarded the Nobel Memorial Prize in Economic Science: Elinor Ostrom, a political scientist who passed away earlier this year. This year, 25 men were put forward on various lists as possible contenders for the prize, but not a single female was suggested, in spite of there being several award-winning women economists around — such as Claudia Goldin of Harvard University, or Anne Krueger of Johns Hopkins University. And, considering the economic crisis that the country is now embedded in, it's quite ironic that the three winners should be American.

Last year, the prize-winners (Alvin E. Roth and Lloyd S. Shapley, in case their names somehow slipped your mind), were praised for their work on “the theory of stable allocations and the practice of market design.”