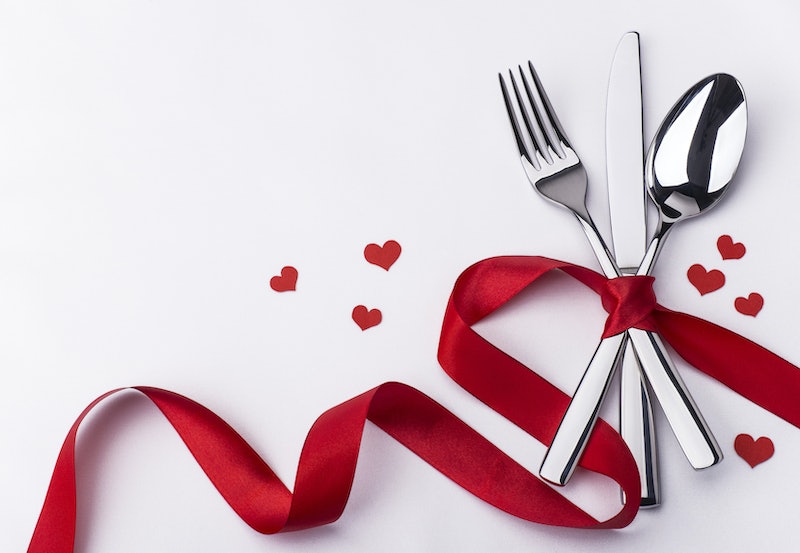 We have established by now that Valentine’s Day is a thorn in our culture’s side and is awful for innumerable reasons — but nothing reeks of America’s foot-stomping temper tantrum complex like taking to task the establishment responsible for your terrible holiday. Kathleen Hampton of Portland, Oregon is reportedly suing a restaurant for $100,000 for her bad Valentine’s Day date after they just, like, totally ruined it for her with their negligence and mockery on one of their busiest days of the year.

Supposedly Hampton had a reservation at Enzo's Caffe Italiano with her husband, who did not accompany her after feeling too full from lunch and deciding to sit this one out. (“How shitty of a partner do you have to be to pull that move?” asks Kitchenette’s C.A. Pinkham, appropriately.) Hampton allegedly began watching as other couples who’d hadn’t been waiting as long receive tables. Once seated, she claims her waitress refused her requests to order and instead claimed that “she would not be taking her order and that Hampton had to leave the restaurant and give up the table,” reports the Oregonian. Her requests for takeout were also turned down, she asserts.

Seems a little fishy, no? Like perhaps there is more to this story than a woman shamed for her singledom on Valentine’s day?

The restaurant’s owner, Enzo Lanzadoro, remembers things a little differently. "She made reservation for two and when she got there, said 'oh just by myself,'" Lanzadoro says to the Oregonian. "We offered for her to sit at the bar with other single diners since Valentine's Day is very busy and all we know is she got up [from the table] and left without paying after she drank two glasses of wine."Hampton reports she cried for a day after the public shaming took place. Possibly she should reconsider suing her husband for basic inconsideration rather than the restaurant that simply wanted to serve her food like any other patron.