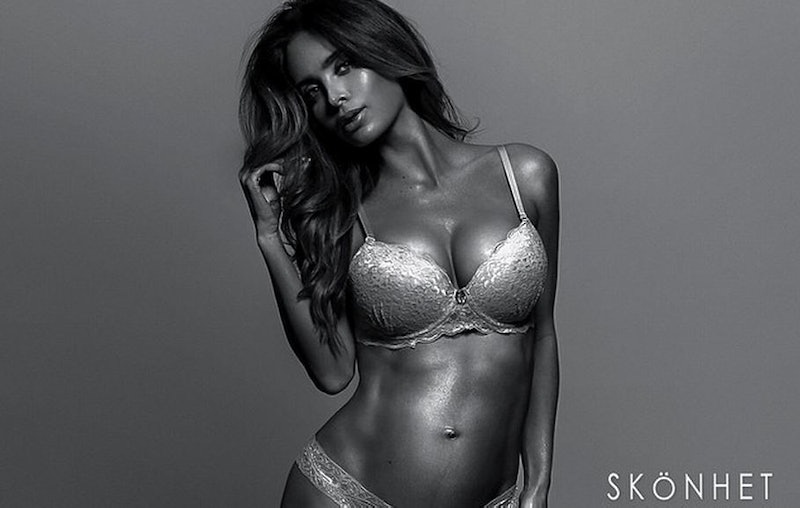 News.com.au published a profile in their parenting section yesterday about model Sarah Stage, who is eight months pregnant and, as evinced by her Instagram photos, has some of the most impressively toned muscles you'll ever see. But as is often the case with these kinds of “human interest” stories (does anyone else hate that term as much as I do?), the way the media is covering this one is kind of… lacking. Let me be clear from the get-go that it's not my intention to shame Stage, bodily or otherwise; on the contrary. She's a beautiful woman; she's in phenomenal shape; she's going to be a mom; she's been able to keep working while she's been pregnant; and, although I, being neither a doctor nor pregnant, can't speak to whether all the exercise she's getting might be bad for her baby, she noted, “My doctor says the baby is healthy and that's all that matters to us.” All that? Is super rad. What I do want to discuss, though, is the way the media has been covering her story since — because that is not rad. In fact, it is the opposite of rad, for one reason and one reason alone: It body shames all the rest of us.

Springboarding off of the News.com.au story have been headline after headline proclaiming things like, “You Won't Believe How Many Months Pregnant This Woman Is!”, and “Lingerie Model, Eight Months Pregnant, Flaunts Sexy Toned Abs,” and “Guess How Many Months Pregnant This Woman Is!”, and “No Baggy Maternity Wear Here! The Lingerie Model Who Is EIGHT Months Pregnant (But You'd Never Know From Her Super-Toned Abs).” While these are all typical clickable headlines, though, they're playing a dangerous game. For those of us who both aren't pregnant and aren't that fit, the headlines and the stories that accompany them tell us, “She's eight months pregnant — what's your excuse?” And for those of us who are pregnant, but aren't that fit, the message is, “You should be ashamed of your pregnant body if it doesn't look like this.” Neither of these messages is productive or helpful; indeed, when we're already battling as hard as we can for body acceptance and positivity, they're actively harming us. All of us. And it's got to stop.

Furthermore, let's not forget that Stage is a professional model (warning: loud autoplay music through the link). Again, I'm not trying to shame her; however, the bottom line is that most of us aren't models, and holding ourselves up to them as ideals to which we should strive is basically pushing us to achieve something that's likely impossible. I can't help it that I'm short (not exactly model material) anymore than Stage can that she's leggy and tall (exactly model material). The same is true of pretty much every other physical feature you can think of: Sure, we can do our best to work out and eat right and live healthily, but body type is also dependent on your genes. None of us can control that, so comparing ourselves to others with a totally different genetic background is about as useful as comparing cats to lizards.

The only headline I've seen that doesn't play into this whole comparison game is HuffPo UK's, which reads as follows: “8 Months Pregnant With Abs: Pregnant Model Sarah Stage Causes Controversy On Instagram.” This one deals primarily with the Instagram community's reactions to Stage, which, while better than pulling the whole, “THIS MOM-TO-BE IS AWESOME AND YOU'RE NOT,” still reveals something weird: We actually seem to like shaming people. As HuffPo UK points out, a lot of the comments on Stage's Instagram photos are negative — which means that while all those headlines about her are body shaming us, we're busy body shaming her right back.

So here's an idea: Let's just… not. Let's not shame anyone, whether they're fit, not fit, pregnant, not pregnant, or anything else that might just happen to be the natural state of someone's body. It's none of our damn business. The only bodies have any business policing are our own, and even then, we owe it to ourselves to be kind about it. You're in shape and proud of it? Awesome! You're working on getting into shape? Awesome! You're kind of fine just staying the way you are? Awesome! At the end of the day, you can only do you — so don't try to do anyone else.

...Unless you're banging them, of course, in which case have fun. Just lay off the shaming while you're at, OK?

More like this
Constance Wu On Self-Doubt, Family Drama, & Her Sister's Unwavering Support
By Constance Wu
Bennifer, Kravis, & 14 Other Fun Celeb Couples Halloween Costume Ideas
By Emma Carey and Brittany Leitner
How To Politely Reject Someone Who Keeps Asking You Out
By Laken Howard and Lexi Inks
Help! I'm Not Getting Any Attention On Dating Apps. What Can I Do?
By Sophia Benoit
Get Even More From Bustle — Sign Up For The Newsletter