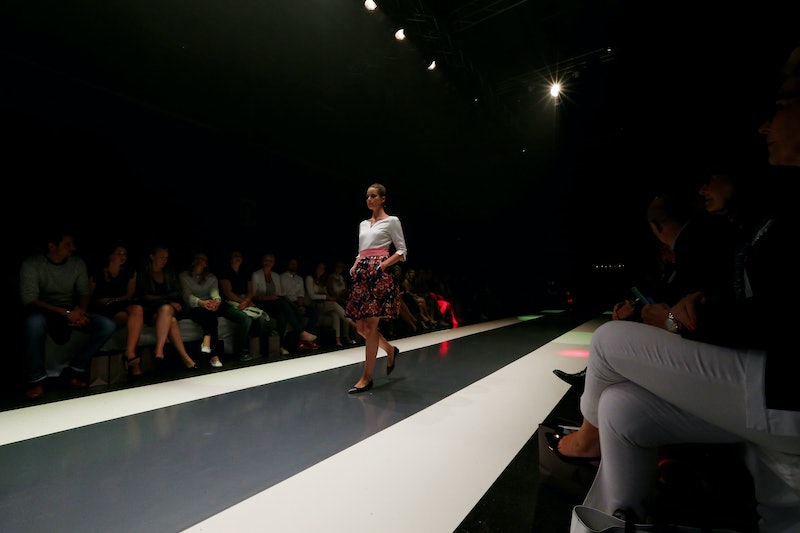 On an unseasonably cold Thursday evening in March, as a hailstorm raged outside, a group of people gathered together in a packed but cozy Manhattan loft to talk about the process of transition, sharing their fears for the future and trying to figure out what to do next in their careers and their lives. “Where do I go from here? How do I do it well? What is it that I exactly want to do?” These are universal concerns, worries everyone is forced to confront at some point in their working lives.

It just happens that all the people in this room were models.

“Careers Beyond The Runway,” a panel discussion hosted by the Model Alliance, highlighted the unique challenges faced by models when trying to answer these already difficult questions of what comes next. The hardships many models deal with throughout their careers — ranging from exploitation of underage workers to generally terrible workplace conditions and low wages — are problems the Model Alliance has tackled since its founding. But the issue of what comes once modeling is over is one the organization is just starting to examine. As Sara Ziff, founder and executive director of the Model Alliance, explained, “We aim to help models enjoy successful careers in the modeling industry, but we also appreciate that modeling is precarious work and that it doesn’t last forever even for the most successful models.”

That expiration date is one of the realities models must deal with, and it is often a decision not under the individual’s control. Models can “age out” of the industry, as dictated by their agency, and according to Lauren Gordon, a career counselor on the panel with 13 years of experience helping dancers make a similar shift at Career Transition For Dancers, the best way to prevent this trauma is to start thinking about the transition early on in one’s career. “You don't have to wait the weeks after you lost your job. Be exploring. We're talking about being as prepared as you can, emotionally, mentally, spiritually, financially.” That requires spending the time to figure out one’s interests and passions.

This brand of soul-searching can be easy to put off when you’re a model, especially since many of those who work in this field fall into it before they even start thinking about high school. Of the four panelists with modeling backgrounds, two were discovered in a mall as teenagers. Áine Campbell, a member of the Model Alliance’s Advisory Board and the panel’s organizer and moderator, admitted to using modeling as a distraction. “Part of choosing to do modeling was because it meant I didn’t have to think about what job I was going to get immediately after leaving university.”

All of the panelists stressed the importance of finding one’s passion as a way to figure out the next step and ultimately make the transition easier. “Transitioning is taking what we're passionate about and flipping that into a career,” said Monica Watkins, founder of the non-profit organization Art In Motion. About ten years ago, Watkins “hit a wall” in her modeling career. Although she was at the peak in terms of earning power, she was feeling lost. Watkins realized she had to make a change, so she started painting and meeting other artists, which ultimately led to the creation of Art In Motion. Although she still is on her modeling agency’s direct board, Watkins very much feels like she's on her way out. But is not daunted. “I see the end of it... At this point, I think I’ll feel relieved because I’ve been building my other businesses.”

Tara Stiles, founder and CEO of Strala Yoga, had similar advice.“The one lesson I learned was unapologetically following my interests.” She turned her passion for yoga into a global training company that operates in 15 countries. The first steps in making that transition were teaching free yoga classes in the park and her small apartment, for no reason other than it’s what she liked to do. At the time, “I felt ridiculous getting paid for something I liked doing,” but eventually she started charging, and once she made enough to support herself with yoga, Stiles quit modeling. “It was easy for me to make the call and not [model] anymore... I had this other thing coming up, too.”

Once the model identifies her (or his) passion and interests outside of modeling, there's still the fact that she's been a model for most of her working life, often for a decade or longer, and the job title can come with some baggage, perceived as a liability. “I’ve always struggled with being really considered and identified with for the way that I look, and because I’m a model,” said Campbell.

But the best way to take on that stereotype? “You prove it wrong,” said Lisa Davies, who worked as a model for 14 years, starting at the age of 16, before becoming a nurse at Lenox Hill Hospital in New York. Willingness to work hard and interest in your new career should be enough to demonstrate that intelligence and beauty can exist in a single individual. Davies continued, "It just shows in your own self especially if you're passionate about what you're doing." But as Paula Viola, a lawyer at WME-IMG joked, “Being good-looking helps too.”

There are other skills, besides being really, really, ridiculously good-looking and cultivating a strong sense of personal style, that models hone during their careers that are relevant to other fields and workplaces. These transferable or adaptable skills, as Gordon called them, include an ability to work under pressure, adapt quickly to change, and take direction. To be a model is to be forced into uncomfortable situations, often working in different countries and responding to unfamiliar cultural cues, explained Davis, who still lists her modeling experience on her nursing resumes. She's also convinced her experiences modeling are how she got into college: "My essay was all about learning to be in different cultures."

Viola added, “[Modeling] isn't something to be ashamed of. It's something to be empowered by.” But there is a trick to making sure that employers understand what being a model brings to the table. "Anytime you're going into something new you have to educate other people about your experience and your industry. You need to teach them and explain to them how it's like this other thing they can relate to."

Communicating those transferable skills to those unfamiliar with the fashion industry is a skill in and of itself, and for Campbell, "I think one of the things Sara and I wanted to highlight is that models actually have a lot of skills, and they have a network." This network, especially in combination with models' skills, is powerful, although not often tapped into or even appreciated. "I remember feeling very isolated when modeling full-time," said Ziff. "In forming the Model Alliance, I've really collaborated with and relied on other models. At first I wanted to run away from the industry, but over time I realized it was a valuable experience, and I developed skills and contacts I could use moving forward."

That network doesn't have to be mobilized in a strictly professional way either. Campbell praised Watkins's ability to rally people around her non-profit. "A lot of people came from good relationships she’d built in the fashion industry. Whether they were related directly, like she needed a graphic designer, or whether they were just there to support her." That support system extends to this journey of figuring out what comes after modeling. Campbell added, "Everyone has their own individual story and it’s touching to hear them. And then you see the models coming together and helping each other out."

That sense of community was palpable, as was the feeling that the conversation and brainstorming was just getting started. Ziff said this panel will guide future events at the Model Alliance. “It was instructive for me because we heard from models in the audience and they were asking very basic questions like, ‘How do I write a resume? Do I put modeling experience on my resume, or are people going to laugh at me and hold it against me?’”

To get a job that's not in modeling is not to give up that identity forever, but to add another layer to it, and accepting that transition is a natural, normal part of life, is the first step. As Gordon explained it, "To start with that attitude will help with those moments of doubt." And that's advice everyone, not just models, could do well to keep in mind.

More like this
Androgynous Formal Wear That Will Make You Feel *So* Fancy
By Megan Lasher
Bustle Daily Newsletter: October 4, 2022
By Hayley Schueneman
The Most Anticipated Books Of October 2022
By K.W. Colyard
40 Ways To Make Your Home Look & Feel So Much More Luxurious For Under $35
By Claire Epting
Get Even More From Bustle — Sign Up For The Newsletter