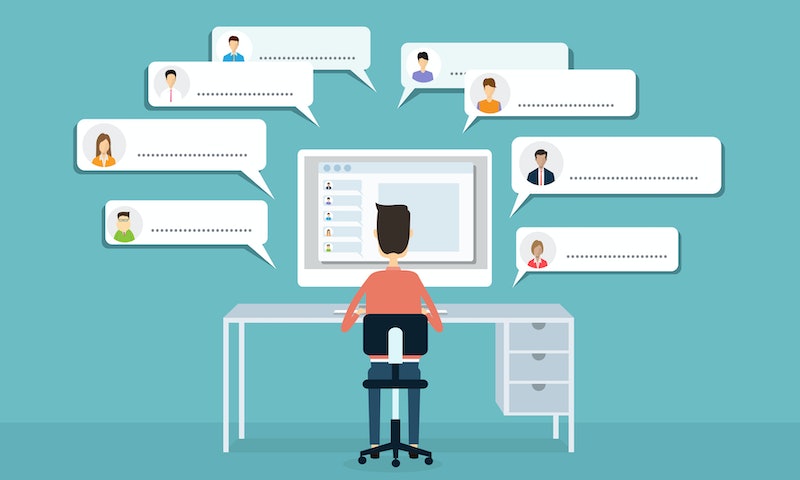 You probably have your fair share of randos you “keep in touch with” on Facebook, or a few followers on Twitter who favorite your drunk tweets on occasion — but do you consider them equal shareholders in your social commerce?

Kyle Chayka at the New Republic says you should, claiming that our Internet friendships are just as important as our “real” ones. Because with the amount of time we spend online now fostering relationships, shouldn’t we count our Internet friends among our comrades? Shouldn’t those inside jokes, follow-backs, and retweets count for something?

“The time has come to obliterate the false distinctions between digital ties and the ones that bind us in the physical world,” Chayka says. “Our lives on Twitter and Tumblr are today a real part of our real lives. Everyone is an Internet friend.” And there’s something to be said for that. Pew research conducted in 2011 showed that using networking websites like Facebook and Twitter actually resulted in people becoming more sociable, and Internet users have more and closer relationships online than off.“Discarding the distinction between real and virtual friendship does not doom us to a society in which tweets, chat, and e-mail are our only points of contact,” says Chayka, it simply means that we place more value on the relationships we have with communities we’re a part of online.

And it’s worth noting that those communities often offer us resources that aren’t accessible with some of our other friends, be it intellectual, emotional, or even trivial. I mean, a good meme can turn a day around at the click of a mouse. So below, a list of reasons to shed the stigma and embrace your online friendships, because there are things that only the Internet understands about your personal brand.

Two words: Marine Todd. Familiar? Marine Todd was a meme initiated by right-wing nationalists in an attempt to inflate patriotism or something. It was then hijacked for days by libturd Twitter, disassembled, reworked, and became one of the best parody memes in recent memory. However, trying to verbalize exactly why this was hilarious without the filter of the Internet just doesn’t work. Rather than explaining it away, just head over to Gawker for the full run-down.

Also, cats. The lowest common denominator of the web.

Try to pull some of the Internet’s shorthand into texts with your mom and watch her fumble for meaning. There’s a language only the Internet speaks, and “tfw” just isn’t as funny outside of digital discourse with your online pals.

Weird Twitter is wonderful. I asked an Internet friend who maintains the account Unglish why he prefers anonymity. “You can tell secrets, about yourself or others. You can ask advice. You have no fear of anything impacting your IRL job, family, friends, whatever.” So that basically, you can exercise your freedom of expression without winding up like this Internet princess.

Okay, so not exactly the dress. But open dialogue with people from all over the world who share your enthusiasm, disapproval, or similar sentiment regarding a social or cultural phenomenon. Everyone on and offline chimed in to comment on whether the dress was...well, you get it. How could that have been if not for the Internet? As one meme aptly put it, “The llamas united us, the dress divided us.”