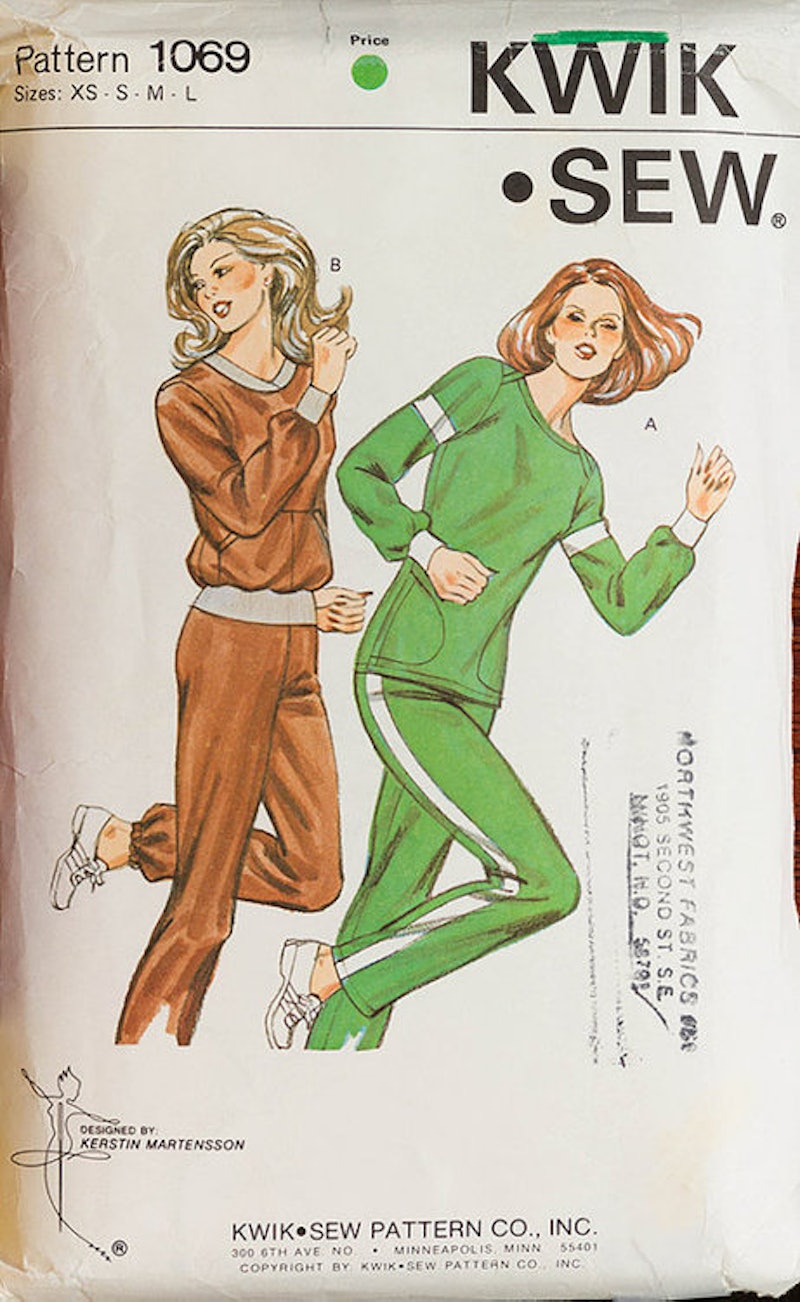 Welcome to the Internet, a trove of comedic treasures; last week it brought you the llamas terrorizing the streets of Arizona, followed by that other unspeakable meme that we’ll go ahead and leave unnamed. This week a Tumblr account by the name of McCall’s Pattern Behavior is making the rounds. A user is scanning the pattern labels for hilariously outdated fashions and captioning them with modern dialogue. Think of it as a College Humor remix of Mad Men-style snapshots.

A little background before we set you loose: McCall’s is still a sought-after pattern company for its en vogue designs. (That’s not to say it's completely devoid of modern atrocities — look no further than this awful thing.) It maintains a blog with posts like “Exploring Fabric Options for Spring Sewing,” and “Have You Ever Made a Prom Dress?” And anyone whose nice mom hand-crafted their Halloween costumes will recall the company’s signature color-penciled drawings of patterns that had likely remained untouched since the mid-80s. Nowadays, they’ve updated their website to include photos of actual people, rather than the traditionally depicted shapeless fictional model who appears both malnourished and 10-feet-tall.

Anyway, we’ve collated a few of McCall’s Pattern Behavior posts below. Head over to the Tumblr to check out the rest (you won’t be sorry).