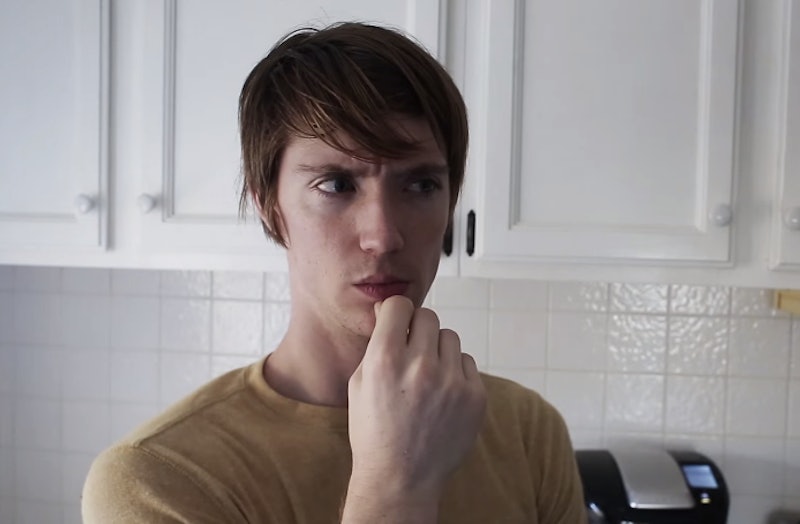 The amusing thing about homophobes is that they have a couple of stock phrases they fall back on to try to explain their viewpoint, but when you break them down, they're all painfully lame. Part of the problem is that they have a losing argument, and they can't articulate it because it doesn't hold water:

"Its Adam and Eve, not Adam and Steve"

"If gays get married, what happens to the institution of marriage?"

"I don't want to see all their gay in public."

When you think about how often LGBT kids deal with bullying, it's disheartening to think what homophobic parents are teaching their kids. Parroting these empty phrases isn't going to convince anyone to change their minds, all they're doing is reinforcing their own bigoted opinions amongst themselves

But Girl Pants Productions' new video takes a couple of these tired anti-gay phrases and turns them around to show how utterly nonsensical they are, and the results are pretty awesome. "This is a little insight for those against gay marriage as to how homophobia sounds to the rest of us. Here's a little hint: it sounds insane," the intro to the video on Girl Pants' YouTube channel says. Boy, does it ever. Here'a a sampling:

"If we let two men buy a Jacuzzi together, what am I going to tell my kids?"

"Jack and Jill walked up the hill not Jack and Bill."

"Heeey, have you ever tried not being left-handed?"

"If we let them buy season tickets to Dodger stadium what's next; are they going to bring their pets there, too?!"

"Don't worry about it honey, this phase of you liking 'Star Wars' will pass. It will all be over soon..."

What's funny about the reimagined phrases is that anyone with a brain can hear its homophobic equivalent; We've heard all of these so often (hopefully less in recent years) that they're practically etched on our brains.

When you turn these arguments upside down, and replace just a couple of words, it really changes the meaning. It becomes clear how little sense they make, and how narrow the worldview must be of someone who thinks any of these "arguments" are compelling or convincing.

Hopefully, that means that these phrases have worn our their welcome. There's no shortage of anti-gay bias, and LGBT discrimination keeps refusing to die . But just as there are plenty of counter-arguments to refute the objections to gay marriage. Marriage has not died off as an institution as a result of gays getting married, despite the overblown rhetoric. Eventually these dumb phrases that don't mean anything are also doomed to go the way of the dinosaur.