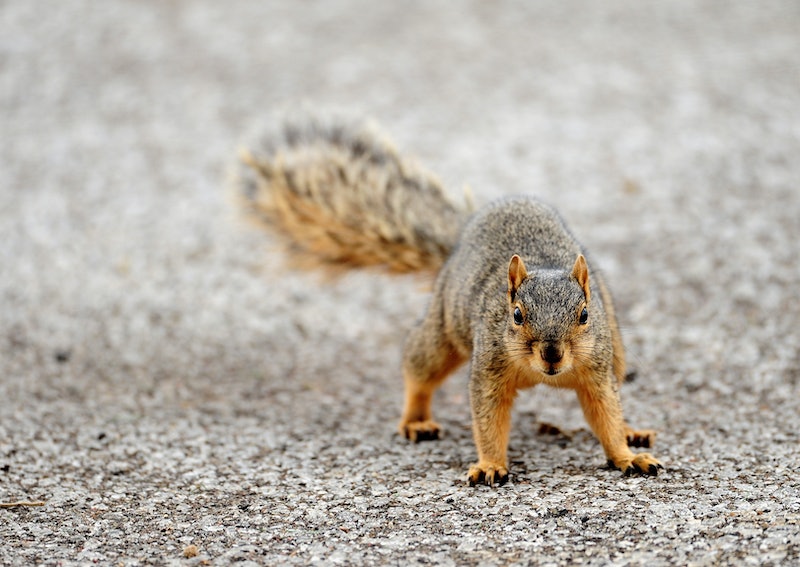 Disney probably won't be buying the movie rights to this one. On Saturday, a 72-year-old San Francisco man was dramatically rescued from a remote canyon where he'd spent almost three weeks eating lizards and squirrels after a hunting trip went horribly awry. Gene Penaflor, 72, wrapped himself in leaves and grass to stay warm during his Into The Wild-esque adventures, which had a much happier ending when Penaflor was rescued by the combined efforts of more than a dozen agencies' search-and-rescue tactics.

On Sept. 24, Penaflor was on a hunting trip with a friend in the Mendocino National Forest in Mendocino Country, just north of the San Francisco Bay Area. He was, rather ominously, in the Bloody Rock area of the forest when he hit his head and passed out. His hunting friend, who was surprised when Penaflor didn't show up for lunch, reported him missing the next day, and 18 agencies embarked on search-and-rescue efforts. Over the next 19 days, the area experienced several snowfalls: Penaflor hid under a log for cover, and ate small animals such as squirrels and lizards for sustenance. Water was plentiful in the area, the 72-year-old later told authorities, and so he drank liberally. After four days of searching, rescue groups called off their initial efforts, because what old guy could survive something like that?

Um, this one. Penaflor was on a hunting trip at the time of his disappearance, which might go some way to explaining why a man in his seventies was able to hunt, cook, and eat an assortment of animals in a canyon, during a snowstorm. Seriously. Think about that. How long would you last in a sub-zero canyon?

Those squirrels had no idea who they were dealing with...

More like this
Chris Kaba's Family Continue Fight For Justice After Viewing Police Bodycam Footage
By Sophie McEvoy
These 2 Women Could Be America’s First Lesbian Governors
By Tess Garcia
The 5 Best Rugs That Cats Can’t Destroy — & Why Your Cat Scratches, According To A Vet
By Danielle Calma
The 5 Best Cat Trackers
By Megan Gray
Get Even More From Bustle — Sign Up For The Newsletter