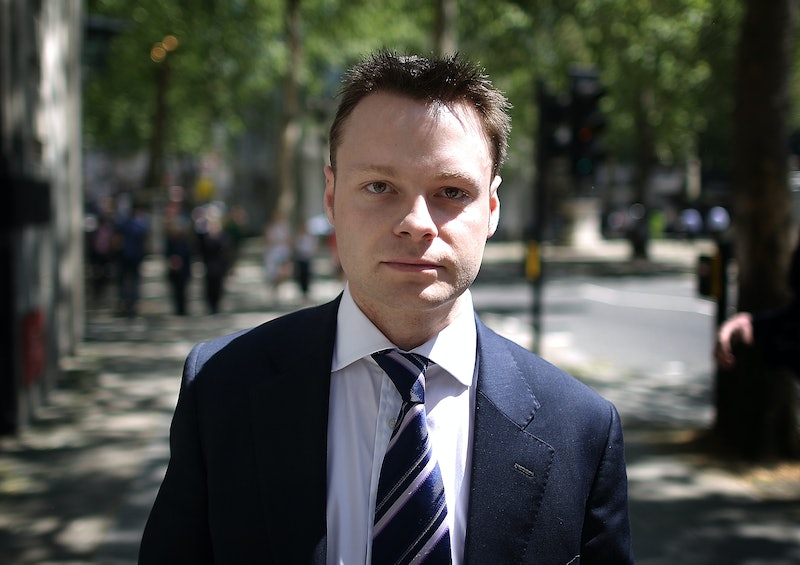 Now here's a gender gap I think we can all get behind. It turns out that women are less narcissistic than men. So if you ever had a hunch that being an entitled jerk is a gendered phenomenon, congratulations! You were right! At least according to new research published in the American Psychological Association’s Psychological Bulletin this month.

Emily Grijalva from the University at Buffalo School of Management had heard the stereotype that men are narcissistic before, but when she went to see if there was any scientific evidence available on the subject, she found that there wasn't any. So she started combing through studies on narcissistic behavior and personality traits, breaking them down by gender. She wound up looking at over 350 studies spanning 30 years, with more than half a million total participants in order to get a broad picture of how gender relates to the issue.

Grijalva's research found that it turns out in this case the stereotype is fairly accurate. She found that when it comes to key personality traits associated with narcissism such as wanting to take control of a group of people or seeking to manipulate others, there is a small but statistically significant and persistent gender gap, with men much more likely to fall on the narcissist side of things.

And, interestingly enough, she also found that this gender gap has remained fairly stable over the past few decades, too. Narcissism studies on modern undergraduates not only show the same gendered pattern as studies from the 1990s, but also don't show any increases in narcissistic personality traits and behaviors. So much for the stereotype of the entitled millennials, I guess.

Obviously, this data doesn't indicate that every man is going to be narcissistic, or that no woman ever will be. The study is only about averages, and there will of course be people of both genders who don't fit into the trend at all. Still, this does show an interesting trend.

Grijalva hypothesizes that the gap might be due to different social norms for men and women. "These gender differences in narcissism, we think are potentially driven by gender role beliefs, by what’s considered appropriate behavior for men and women," she said. "Individuals tend to observe and learn gender roles from a young age, and may face backlash for deviating from society's expectations." Women in particular, "often receive harsh criticism for being aggressive or authoritative, which creates pressure for women, more so than for men, to suppress displays of narcissistic behavior."

And internalizing these messages and shaping your behavior accordingly of course eventually shapes who you are as a person.

All of this matters of course, because narcissism doesn't just make you more annoying to talk to at parties, it has a real impact on a person's life. Narcissism has been shown to boost self-esteem and make someone more likely to wind up in a position of leadership, but it also makes people more likely to become aggressive and is linked to the inability to maintain healthy, long-term relationships.

So actually, the fact that we inadvertently encourage young boys to become narcissists kind of tells you everything you need to know about the social construct of modern masculinity: an emphasis success and dominance; downplaying and excusing the totally foreseeable side effect of aggression; and not even caring that the whole thing leaves boys and men emotionally stunted and unable to meaningfully connect. But hey, it's probably okay, so long as you're able to stay on top of the political and financial hierarchy, right?

Patriarchy is fun guys. So fun.