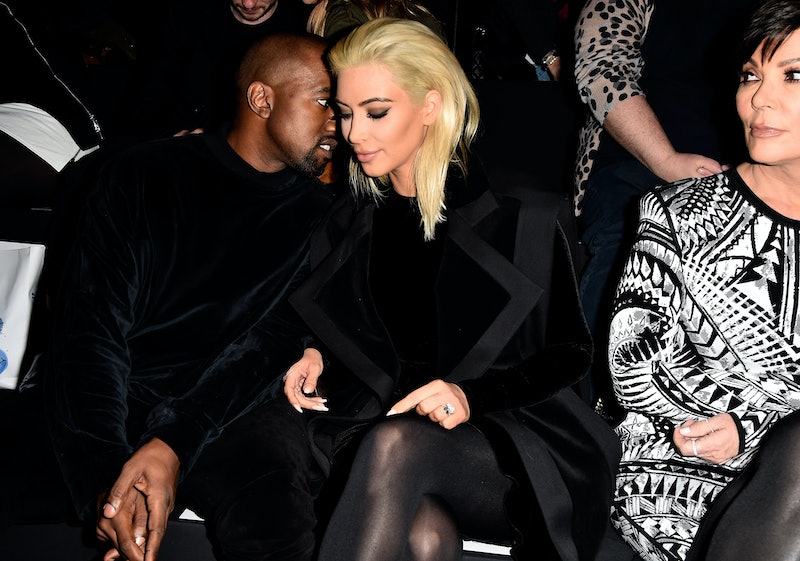 By now you’ve heard the news; Kim Kardashian has dyed her hair platinum blonde, spurring countless Draco Malfoy references (bless you, Internet). Amid speculation about the switch, Kardashian's revealed that her toe-headed premiere at Fashion Week was inspired by none other than Madonna (the other blonde that comes to mind when default Marilyn Monroe is absent). According to her own account, she’s been mulling over the switch for some time.

“I’ve always had this image of Madonna with platinum hair in my references folder on my computer and I’ve been waiting a long time to try the look,” Kardashian tells People. “I thought what better time than right now for Paris Fashion Week.”

Before unveiling her locks in Paris, Kardashian took extra precaution not to be spotted beforehand. Being she of Internet-breaking fame, this proved to be quite a feat. “Kim Kardashian took great pains to get the maximum impact of debuting her platinum-blonde dye job during Paris Fashion Week,” said The Cut. “She flew to Paris wearing a ginormous knit beanie — tugging it down to hide her newly flaxen locks — until she was ready to display her hair moments before the Balmain show today.”

Madonna is seemingly something of an idol to Kris Jenner’s spawn. Adopting the songstress’ singular name template, model, and eldest of the Jenner sisters, Kendall just dropped her last name, much to the criticism of writers who asserted that calling yourself by only one of your birth names is too bold a move in the entertainment industry. Foolish, they said. Alas, the moniker remains, Kim is still blonde, and the tides turn evermore.