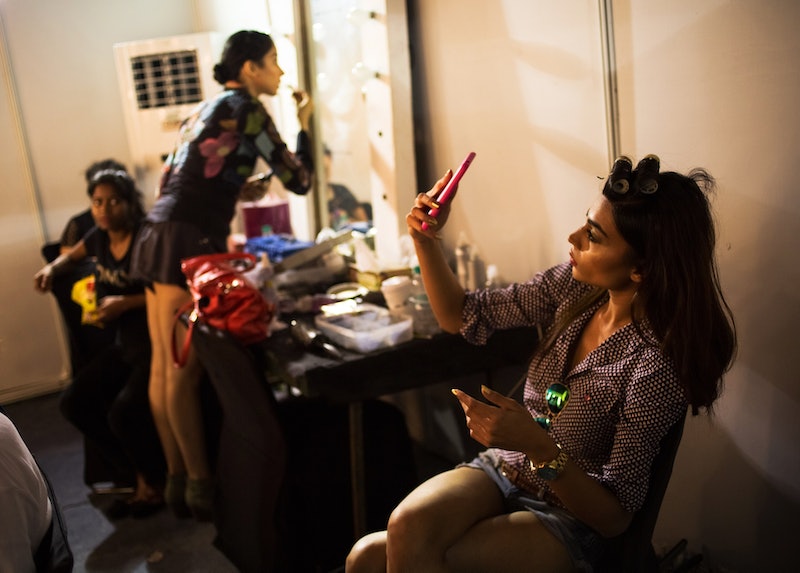 The best part about doing my makeup is doing my makeup. I love dolling myself up to go out on an evening rendezvous with friends or simply to sit around my house. Unfortunately, I don't always have the time to slowly apply my makeup with ease. Even though I love to play with my eyeshadows or practice perfecting the winged eyeliner, there are times (such as mornings) when I need to learn how to do my makeup in a rush. And by rush, I mean, like five minutes.

I figured that the best way to find a solution was to ask people who knew more about makeup than I did. I decided to chat with eight professional makeup artists and beauty vloggers for some tips on how to easily do one's makeup in a jiffy. All of them were filled with genius suggestions aplenty, sharing sage advice on how to save time depending on what area I was struggling with when racing the clock. On top of that, they also dished which step they would keep in their routine if they only had time to do one. Here are the 8 best tips I learned from each of them.

1. If you're struggling to keep track of all your products:

"Find an all-in-one makeup palette," says Melmphs, who has been a beauty vlogger for about three years (and before that, was a freelance makeup artist). This would save you time, as most of what you would need would be in one item, instead of three or four. When you're in a rush, it is easy to misplace or "lose" products, so having an all-in-one palette can avoid this issue.

If she could only do one step:

Concealer! She says, "I would say mascara [...] eyes are the first thing people look at and mascara can do miracles. But if it's a day that I'm having skin problems, like acne, then I would say concealer. No matter how pretty your eyes look, it's hard to avoid looking at a big, red zit!"

2. If you're focusing on hiding "imperfections":

Megha, known by her vlogger name Makeup by Megha, suggests using a lightweight concealer that won't crease. Megha explains that concealer can be used under your eyes and face to hide blemishes, dark circles, and other unwanted things. It can also be applied with your fingers so you don't have to fiddle around with a bunch of brushes. Megha has trained one-on-one with a MAC artist as an apprentice and also does bridal and pageant makeup on top of beauty vlogging, so she knows what she's talking about!

If she could only do one step:

Mascara! "It makes you look so much more awake."

3. If you're trying to emphasize your entire face:

Professional makeup artist Rafell Escobar reminds us to define our eyebrows. While it may sometimes be easier to skip our eyebrows in the morning or when we are in a rush, he says that eyebrows play an important role in framing, not only our eyes, but our entire face. Escobar, based in Puerto Rico, has worked with candidates from Miss Universe Puerto Rico, some winners such as Ingrid Rivera, and singers like Yazaira López.

If he could only do one step:

Concealer! "Good makeup always takes time, but [...] dark circles is something to focus on to not look bad. The rest is additional."

4. If you're trying to downplay certain features:

UnlimitedElizabeth is a beauty vlogger who focuses on makeup that can be worn everyday.

If she could only do one step:Mascara! "Apply some mascara for a super fresh and awake look!"

5. If you're trying to look more awake:

NikkiRothBeauty encourages people to focus on healthy, glowing skin. By doing so, it will help to make you look more alive and ready to take on the day. This can be achieved by using a lightweight, dewey foundation, a soft shimmer bronzer dusted on the cheekbones and forehead, and a touch of pink blush.

NikkiRothBeauty co-runs Doll Face Duo, a bridal hair and makeup business. She has also been making beauty videos for over five years.

If she could only do one step:Illuminating tinted moisturizer! "It gives you a healthy, glowing skin in one step."

6. If you're struggling to perfect eyeliner in a rush:

Skip the eyeliner! Jenn Marie, a licensed cosmetologist, explains that there are easier ways to add some pizzazz to the upper eyelids that mimics eyeliner, but only takes half the time. She suggests adding a darker eyeshadow to the outer corners of the eyes for a little dimension, as it will still bring attention to the eyes.

Jenn Marie has spent most of her career as a hairstylist/makeup artist, but is now a full-time YouTube beauty vlogger.

If she could only do one step:Bronzer! "It creates a healthier, more youthful appearance."

7. If you're clinging to your complex eyeshadows:

Zabrena of macshadowcombos says to skip the elaborate eye makeup and use one eyeshadow in an all-over-the-lid application. It will save you time, while still letting you emphasize your eyes. You can pair this with a brighter/bolder lip color to distract from the fact that you're not wearing your full-face of makeup.

Zabrena is a self-taught makeup artists who focuses on eyeshadows and color pairings. She owns the internet's largest picture database of eyeshadow combinations with over 2,000 looks available.

If she could only do one step:False Eyelashes! "They open the eyes and make you look more put together, especially when you have zero lashes, like me!"

8. If you prefer to sleep an extra few minutes:

Missybritty87 says to prepare your makeup tools, products, and area the night before. This will, not only let you plan out what you will look like the next day, but will help make sure you actually do it and don't spend time trying to find all your products that could be anywhere when you're still half asleep.

Missybritty87, also known as Brittany, has been making videos for the last two years. She has focused on makeup tutorials, inspirational videos for girls, and women dealing with thin hair.

If she could only do one step:Mascara! She says, "opening the eyes works wonders!"