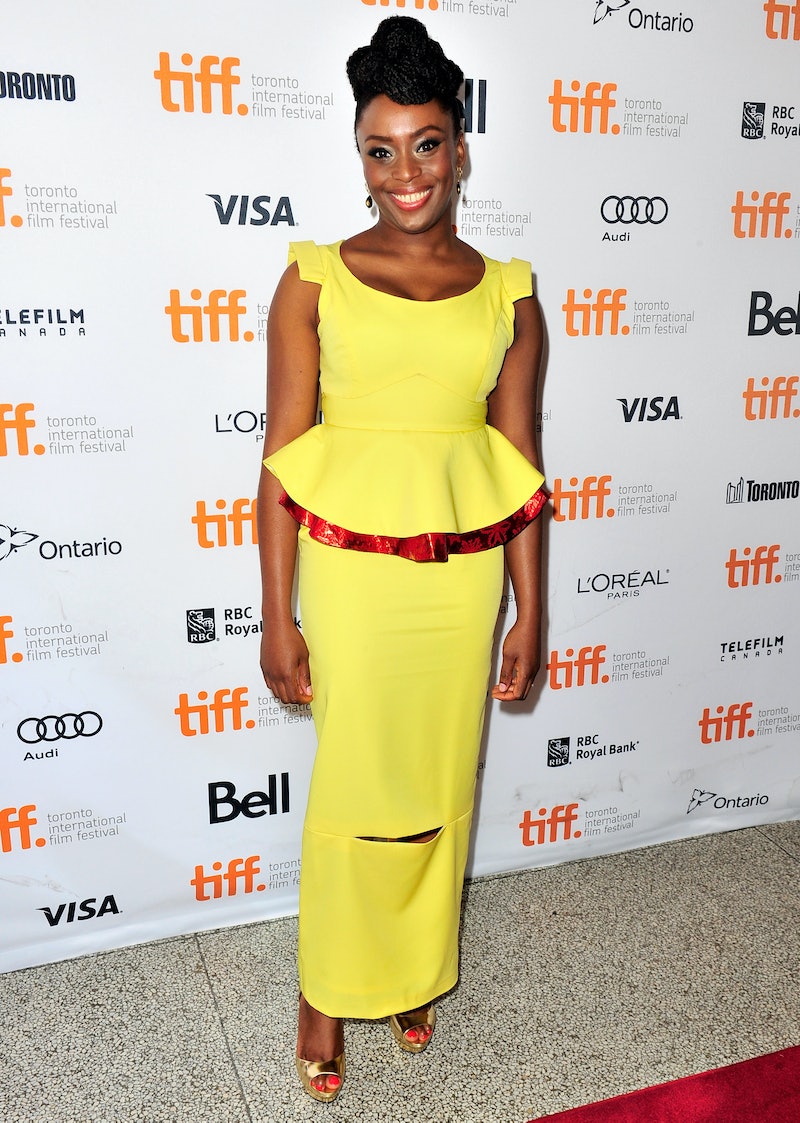 Today is International Women's Day, and timelines are pouring over with inspirational women who have shaped and molded society. This past year has proved that there is no better time than now to move the agenda on women's rights. From equal pay to accurate and fair forms of representation, women are continuing to stand strong in their demands, because, well, anything men can do we can do better.

From writers to politicians, artists to businesswomen, the contributions of women everywhere help to cultivate a place of long-lasting empowerment. In addition to their respective fields, many women also match their smarts with just as inspiring style. The list of women below is by no means exhaustive, as there are many other women who serve up fashionable statements alongside their cultural and political agendas. A lot of these women often aren't included on your everyday style lists, but most definitely should be. Here are a just a handful of stylish influential women that we should definitely be celebrating today.

Long before we heard the her voice in Beyoncé's song "Flawless," Adichie was already making her impact on the literary world. Her latest book We Should All Be Feminists is an essay adaptation of her lauded Ted Talk of the same name. She also released Americanah last year, which easily climbed best-seller lists and will be adapted into a film with Lupita Nyong'o as the lead character. Her style is as attention-grabbing as her eloquent and impacting words, as she often flaunts traditional Nigerian dress and natural hairstyles.

Guatemalan activist, Rigoberta Menchu made it her business to fight for the rights of indigenous people in her country. She is the recipient of a Nobel Peace Prize and several other international awards and has founded organizations, written books and helped narrate films. Menchu is always seen in her traditional garb that is just as bright and colorful as her smile and flame to make a change.

An activist and author in Liberia, Leymah Gbowee has a fierce mission to advocate for women's rights. She founded and led an organization that would eventually help end the Civil War in Liberia in 2003. She continues to be an international leader for women's rights, often wearing traditional African garments and head wraps during her speeches and appearances.

Only in her 30s, Hina Rabbani Khar has made her political agenda felt and heard. An economist and Pakistani stateswoman, she once held the position as the 26th Foreign Minister of Pakistan. She is known for shifting gender politics, showing that women can make a rise to the top in a country that often promotes the contrary. Furthermore, she is known for her statement purses and classic style, which is often worn with a matching head covering.

At just 23, Zainab Salbi, and Iraqi American activist and humanitarian, founded Women to Women International, an organization dedicated to serving women survivors of war. She has gone on to top several "Influential Women" lists and "Change Makers" list, writes books and leads initiatives — all while doing so with exquisite style and grace.

Nicknamed Pu, Yingluck Shinawatra is also showing that women can make a rise to the top and stylishly do so. She is a businesswoman in Thailand and was the nation's 28th Prime Minister. Shinawatra believes strongly in developing and keeping the peace among opposing groups.

With a focus on gender equality and the World Wide Web, Noorjhan Akbar co-founded the very first all-female Internet café in Afghanistan called Young Women for Change. In 2013, the organization organized its first fashion show. She is also active on Twitter, using the platform to speak out against gender inequality.

Perhaps the most noted stylish First Lady since Jackie O., Michelle Obama stuns in fashionable items by both seasoned designers as well as emerging designers. Behind the style is her unwavering mission to promote healthy living — especially among youth — poverty awareness, and higher education. She is the first African American First Lady of the United States, alongside her husband, Barack Obama, who is the first African American president.