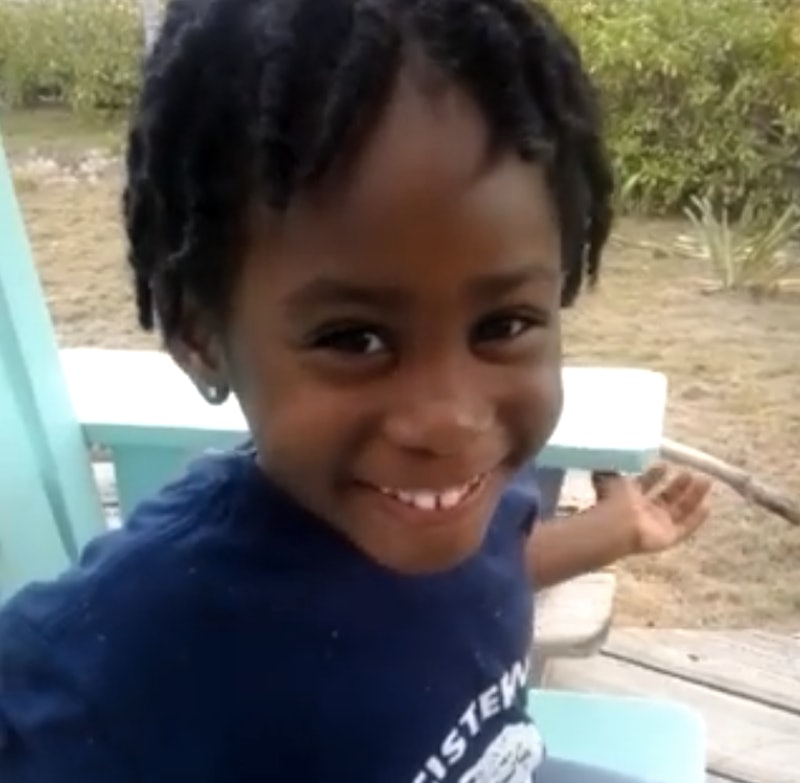 Women who stand up for themselves in any capacity make me grin like a maniac, but there's a new tiny feminist hero who is threatening to make my heart explode, that's how cool I think she is. Allow me the immense pleasure of introducing you to Siahj Chase, a 4-year-old girl who responded to a classmate who called her ugly in a way that will renew your faith in our fledgling generation. Seriously you guys, I think I might be beaming.

Here's what happened. As first reported by Buzzfeed, Siahj, who goes by Cici, was absolutely not having it when a little boy in her class called her ugly. In a video Cici's mom Sonya posted to Facebook, Cici recounts the day's ordeal with all the sass of a kid who simply does not have the time to let haters get in her way. "A little boy said I look ugly," Cici tells the camera, but if you think that bothered her, you are so, so wrong. "I said, 'I didn't come here to make a fashion statement,'" Cici says. "I came here to learn — not look pretty." And then she giggles and it's fantastic and let's just go ahead and file this story in our "kids who totally have their shit together" drawer.

But that's not all Cici had to say to her meddling classmate. Of course not. I get the feeling that Cici is one of those people you just don't ever want to mess with — the girl holds nothing back. She continues her story: "The little boy said I looked bad, and I said 'did you look in the mirror lately? Buh-bye, see you later. You're making me mad.'"

BUH-BYE SEE YOU LATER YOU'RE MAKING ME MAD. Oh, uh, sorry. I was just practicing my new favorite line for the next time I run into a human who is the definition of the worst. But don't just listen to me fangirl — hear Cici's story straight from the source itself:

Cici's mom Sonya put it best when she told the Huffington Post, "Cici is a gem ... she's sharp ... very active, talkative." But more than that, she's an inspiration. She's petite proof that no one can stand up for you better than, well, you. I only wish I had been this bold when I was 4-years-old. Heck, I wish I had been this bold when I was 24-years-old. Excuse me while I go add Cici to my list of tiny people who amaze me. She's wedged right at the top next to Rowan Hansen, the 11-year-old girl whose letter to DC Comics demanding more female superheroes is one of the most kick-ass pieces of writing I've ever read, and those adorably indignant Potty Mouth Princesses who just won't quit until women receive equal pay. You girls are my heroes, and I applaud everything you do.