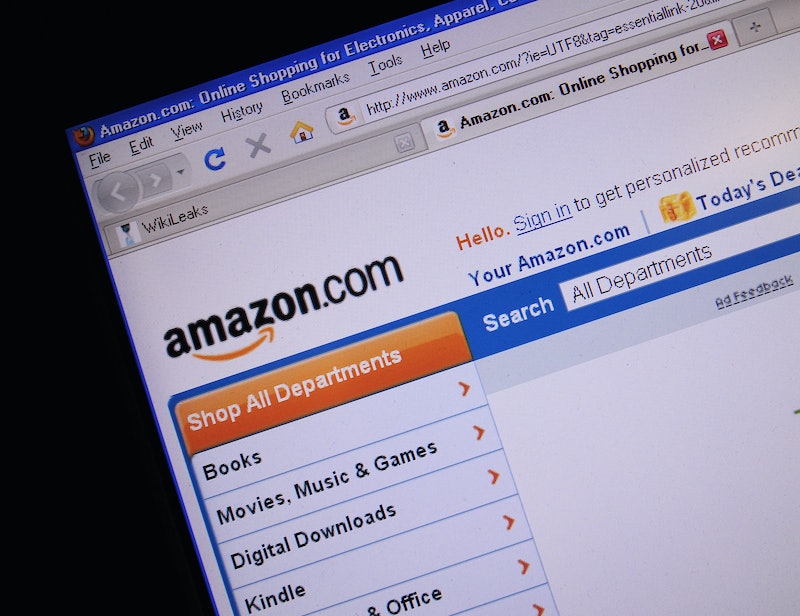 Following on the heels of Toothpick, here's another dose of biting comedy that drives home how ridiculous the wage gap really is: “Amazon Prime for Women,” a parody video that puts the frequently-cited numbers into a context with which most of us are quite familiar indeed. Written and produced by Paul Gale and starring Lauren Ireland, it aims to draw attention to the issue and raise funds for the National Organization for Women. NOW, which is “dedicated to its multi-issue and multi-strategy approach to women's rights,” didn't sponsor the video in any way — but as Gale notes in the video's description, he strongly believes in their cause; you can kick in a donation to support NOW here.

Lest you fear that the video attacks Amazon, though, rest assured that it definitely does not. Far from it, in fact; rather, it uses Amazon's Prime service to illustrate the statistics in more concrete way than simply citing numbers. According to the AAUW, white women earned 78 percent of what white men earned in 2012; furthermore, Black women earned only 64 percent, and Latina women earned only 53 percent. What does that mean in terms of Amazon prime? 78, 64, or 54 percent of the product for 78, 64, or 54 percent of the price, of course. That means partial boxes of cereal:

Umbrellas that are all but useless:

And sweaters that would probably fit a child better than an adult:

As Lauren Ireland's cheerful Amazon rep puts it, “It's the Prime service you love at a price you can afford” when you're taking home less than what someone else does for being just as productive as they are. Par-tay, am I right?

While we're on the subject, though, it's worth noting that the wage gap issue is much more complicated than these oft-cited figures. It's actually not accurate that women make 77 or 78 cents for every dollar men do; the fact that it's a percentage doesn't automatically translate to "77 cents per dollar." As the Washington Post pointed out in April of 2014, however, a lot of the difference in earnings between men and women has to do with the types of jobs men and women tend to hold — which is why things like the fight against sexism in STEM fields is so important: It's not a matter of, “Well, then, women just need to get jobs in higher paying fields!” It's a matter of women still being thought of as caregivers and being sidelined accordingly; of women facing absurd amounts of sexism in male-dominated fields; and on, and on, and on. With regards to gender, there's a whole paradigm shift that needs to happen in order for us to achieve true equality — which unfortunately is likely to be a long time in coming.

Furthermore, Tiffanie Drayton at The Frisky drew attention after Patricia Arquette's well-intentioned but problematic Oscars speech, “America does have a wage gape problem that needs to be explored” — but only part of it is based on gender. Drayton highlighted some numbers from the U.S. Bureau Labor of Statistics 2013 December Report that showed the biggest gaps are interracial, rather than gender-based ones. Asian men, for example, out earn all other demographics, making a weekly median of $1,059 (compared to $884 for White men, $664 for Black men, and $594 for Latino or Hispanic men); furthermore, at $819 and $722, Asian and White women earn more than Black and Latino or Hispanic men. As Drayton wrote, “After all, I would much rather be a White woman and have a weekly earning of $722, than be a Hispanic man who earns $594 in that same period.”

The bottom line: The wage gap continues to be an issue for everyone, and there are a lot of different reasons why. As Bustle's Martha Sorren pointed out, however, not only can we fight for more than one cause at a time, but moreover, we need to fight for more than one cause at a time. Wrote Sorren, “It's so important to remember that this fight for equality isn't just a white woman's fight, and it isn't just a straight woman's fight…. Since it is a dialogue, we need to keep talking… and we need to keep an open line of communication about equality for all people, regardless of gender, race, or sexual orientation.” True that. As long as we keep adding to the conversation, we can hopefully keep fighting for equality for everyone — because we all deserve it. Intersectionality is a win for us all.

Watch the full “Amazon Prime for Women” video below: