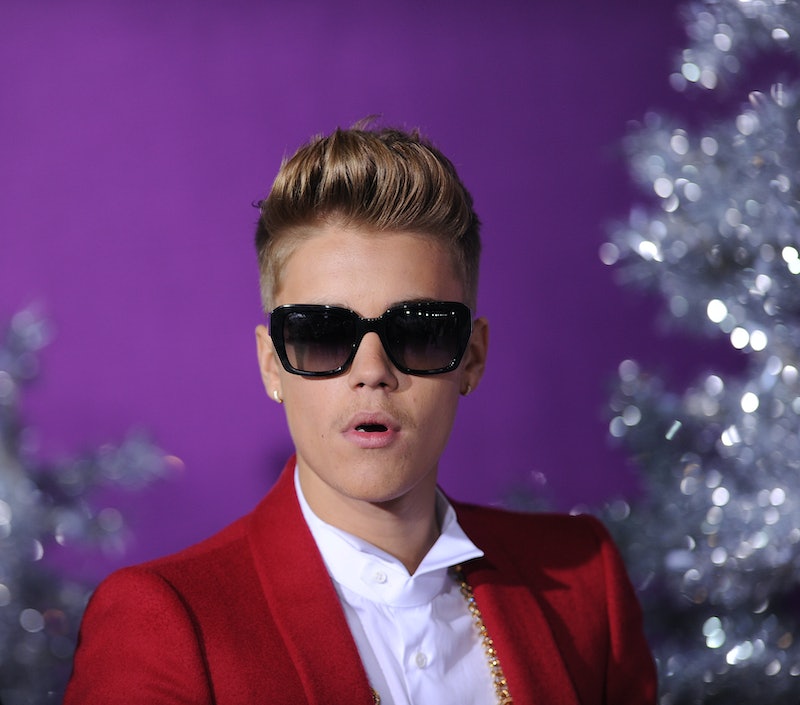 On Monday, an article in the Boston Globe invented a term that none of us needed: "manshaming." Author Michael Andor Brodeur purports that the policing of men's bodies in the media is on the rise and that it's a new and disturbing phenomenon. "Men, have you been more conscious of the fact that your six pack rolls more like a keg? Don’t fret. It’s not you; it’s the media. We’ve entered the era of man shaming," he writes. Oh, did you hear that? That was just my eyes rolling so hard you could probably hear 'em from outer space. Brodeur goes on to say that Justin Bieber's new Men's Health cover, which features the singer shirtless, is bound to stir up controversy and conversation about how much the image was photoshopped and retouched. So, basically just an average day in the world of women's fashion magazines?

The article shares six examples of male celebrities who have been body shamed: Four of whom received said criticisms from the tabloid party known as TMZ. It would be one thing to show evidence of rampant body shaming as a normalized phenomenon across media outlets, but finding examples of body shaming on TMZ is like finding fried chicken at Popeye's. The fact that a few examples of something that's been happening to women for decades is somehow news when it starts happening to men at a fraction of the occurrence rate is nothing short of troubling.

Like the manorexia phenomenon before it, it seems like what's considered to be a common or normalized experience for women is being sensationalized for men. The idea that there's something unique about men experiencing eating disorders or body policing, or that it's exceptional when these hollowing illnesses affect males, is not just wrong, but an irresponsible paradigm. This not only takes away from the experience of women who deal with these issues everyday, but it also says suggests that such issues are "girl problems" that men just haven't experienced. It's important to create space for men to speak about these issues, but equally necessary to understand the degree to which they affect women. The reality is that body policing and eating disorders are considered "standard" or "expected" for women, and that's where the greater problems lie.

This is not to say that body shaming should be normal or accepted for anyone. Equality and justice don't mean that people of all genders should feel equally terrible about their bodies. Shaming and policing of all people's bodies is really not something that I want anyone to experience and would never endorse. The Boston Globe article irks me because it suggests that the body policing of men exists in a vacuum, when in actuality, most white cis-gender men can likely turn the TV on at any time of day and see someone who looks like them — they can feel represented and visible. They don't have to shop elsewhere for their clothes if they're bigger — because "plus-sizes" don't really happen all that much in men's clothing. They're just incorporated into regular size runs. And they don't have to pay more for the privilege. So let's rally against fat shaming, body shaming and unrealistic body expectations for everyone, of course. But let's also be realistic about how and where these harmful messages are most prevalent.