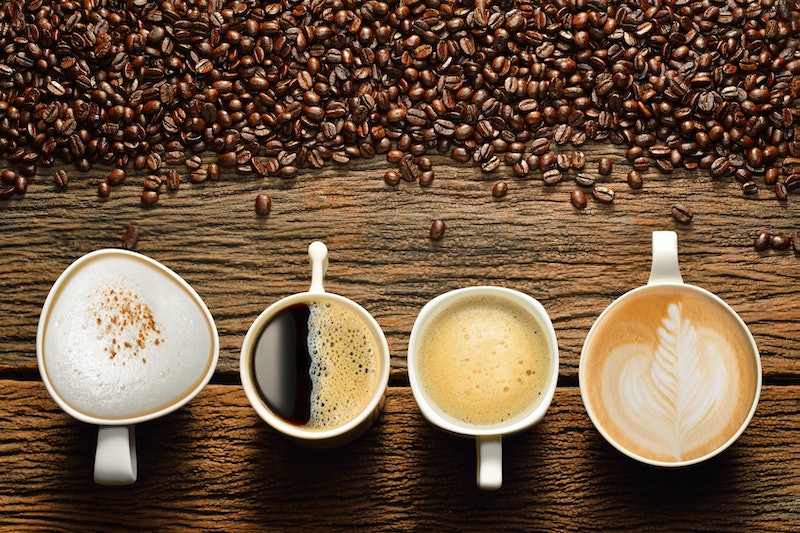 Well this is… interesting: A new study conducted by the Boston Medical Center revealed that 15 percent of the city's toddlers drink coffee in quantities as high as four ounces a day. I'll be honest: My knee-jerk reaction to this news was something along the lines of, “Who the heck gives coffee to a two-year-old?!” Is the idea kind of mind-blowing, or am I just being super Puritanical right now?

According to the Boston Globe, the data came from a prospective cohort study on infant weight gain and diet. For 315 mother-infant pairs, researchers tracked both what the children were consuming as well as how much of it they were consuming. The results included breast milk, formula, water, and juice, all of which are to be expected — but what the researchers found somewhat unexpected was the fact that a bunch of mothers also reported giving their infants and toddlers coffee. For children at the age of one year, the number was about two and a half percent; for children of two years, however, it shot up to 15 percent.

As the Globe notes, there are probably cultural factors at work here. It's not uncommon in some cultures for kids to be given coffee from an early age (so to answer my own question: Yes, my knee-jerk reaction was super Puritanical); this explain why the researchers also found that toddlers of Hispanic or Latina mothers were more likely to drink coffee. Interestingly, though, girls were also more likely to drink coffee than boys, but the study was unable to determine why. It's perhaps also worth noting that the U.S. government hasn't published caffeine advisories for children...

...But I still can't get over the fact that caffeine is a drug. Not only that, but research shows that it tends to have adverse effects on kids. True, it doesn't actually stunt your growth, but here's a small selection of what it does correlate with:

Ultimately we don't have a lot of research documenting the effects of caffeine on kids that young — but I suspect that's because we didn't think we needed it. Clearly we do; knowledge is power, and knowing both the short term and long-term consequences of caffeine consumption beginning at an early age will help us make better informed decisions. After all, once upon a time, it was common practice to give brandy or opiates to a screaming child in an effort to get him or her to quiet down. But then we realized that doing was a really bad idea; in fact, it was actively harming our children. Wisely, we stopped.

Caffeine may not seem as harmful as alcohol or opiates, but I think we'd probably all do well to remember that it is still a stimulant. As a result, it's also worth remembering that lots of things kids already eat and drink have caffeine in them without giving them coffee on top of it all: Chocolate, soda, and so on and so forth. If they're having four ounces of coffee in the morning, a soda with lunch, and a piece of chocolate for dessert after dinner… well, it adds up. It adds up for adults, too; the difference is that we're a) actually aware of the risks, and b) finished growing and developing.

Then again, as Eater points out, at least we're not all putting margaritas in sippy cups for kids — because apparently that happens. Sigh.