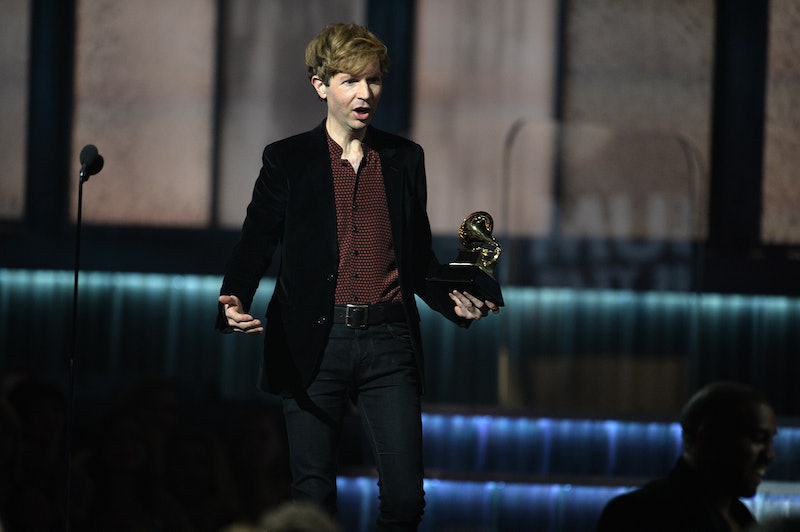 You’ll remember Beck as "that artist who wasn’t Beyoncé" who won a Grammy for Album of the Year, thereby stirring up a wave of contest on the Internet and birthing what was Kanye West’s hundredth interruption of an acceptance speech. In a new video, presumably aimed at highlighting the presence of Beck in the psyche of modern youth culture (and how the Grammys willfully robbed our Queen), comedy duo The Fine Brothers documented teens reacting Beck’s single “Heart Is A Drum” off of Morning Phase, the record that won him his little gold statue. It is effective both in illustrating that today’s youth know very little about the artist, and also to remind you that you are an Aged Old Person because SERIOUSLY, CHILDREN?! Beck is an icon. How is this real life that kids don't know who he is?

“This is so hipster I feel like,” regards one young woman. So hipster, you guys. The group go on to philosophize about the video’s allusions to death, provided the painfully obvious Grim Reaper. “I’m sure there’s so many deep meanings behind this,” remarks another teen, and the only person with any former knowledge of Beck’s musical spanning career, “but almost all of them go over my head.” Astronauts pushing each other on swing sets is a little far out for the majority of us, kid.

Then the producers play “Loser,” the song that launched Beck’s career, and most of the teens admit that they’ve heard the song before. “Oh man, this brings me back,” which is hilarious given that song was released before he’d even been born. But hey, the ’90s create a feeling of nostalgia in all of us, whether it was experienced or feigned.

Watch for yourself below, and best of luck with your soon-to-follow existential crisis and acute awareness of your aging.