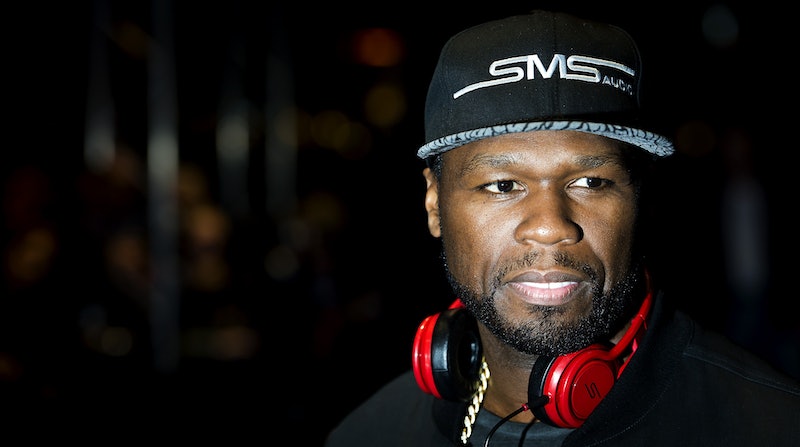 Rapper 50 Cent is a true mogul and he is reportedly worth $140 million, due to things like Vitamin Water and other investments. So he and his family likely want for nothing and likely never will with that kind of scratch in the reserves. Even so, 50 Cent's ridiculously cute son Sire has nabbed a modeling contract that is super impressive. Sire already has a job and he's only in early single digits in age, since that's the world we live in.

Sire, who's mom is Fiddy's ex Daphne Joy, is being paid a whopping $700,000 (!!!) by Kidz Safe, which the rapper revealed is an audio company. "He's super cute!," the proud papa, who may be biased but speaks the truth, gushed. "You gotta pay for it."

There is no denying that Sire is a looker. But you know what this deal means, overall? A lot of things, actually.

First, let's gawk at a picture of the tot, who is so freaking cute that I can't even with him. Those cheeks! Those curls! That smile! No wonder his dad is gushing about him. Check out this insanely adorbs pic of Sire after getting all cleaned up in the bathroom.

There are three implications of Sire collecting a $700,000 modeling payday.

1. His Career Could Go Into Overdrive

It means that Sire could start repping Dad's Vitamin Water or Dad's undies line… one day. Not every child model goes onto achieve celeb status, but he has 50 Cent in his corner and that means a vast network of contacts.

Even more critically, once North West and her dad Kanye get wind of this deal, you can expect them to start gunning for North to get modeling contracts with Versace, Balmain, and maybe Justice for Girls, topping out at the high seven figures. Or she could rep Karl Lagerfeld's upcoming kids' range.

Beyonce and Jay-Z's daughter Blue Ivy can't be bothered with wearing leather leggings and Doc Martens or being seen at the front row of Fashion Week. She is too busy being a kid and for that, she remains eternally and infinitely cool.