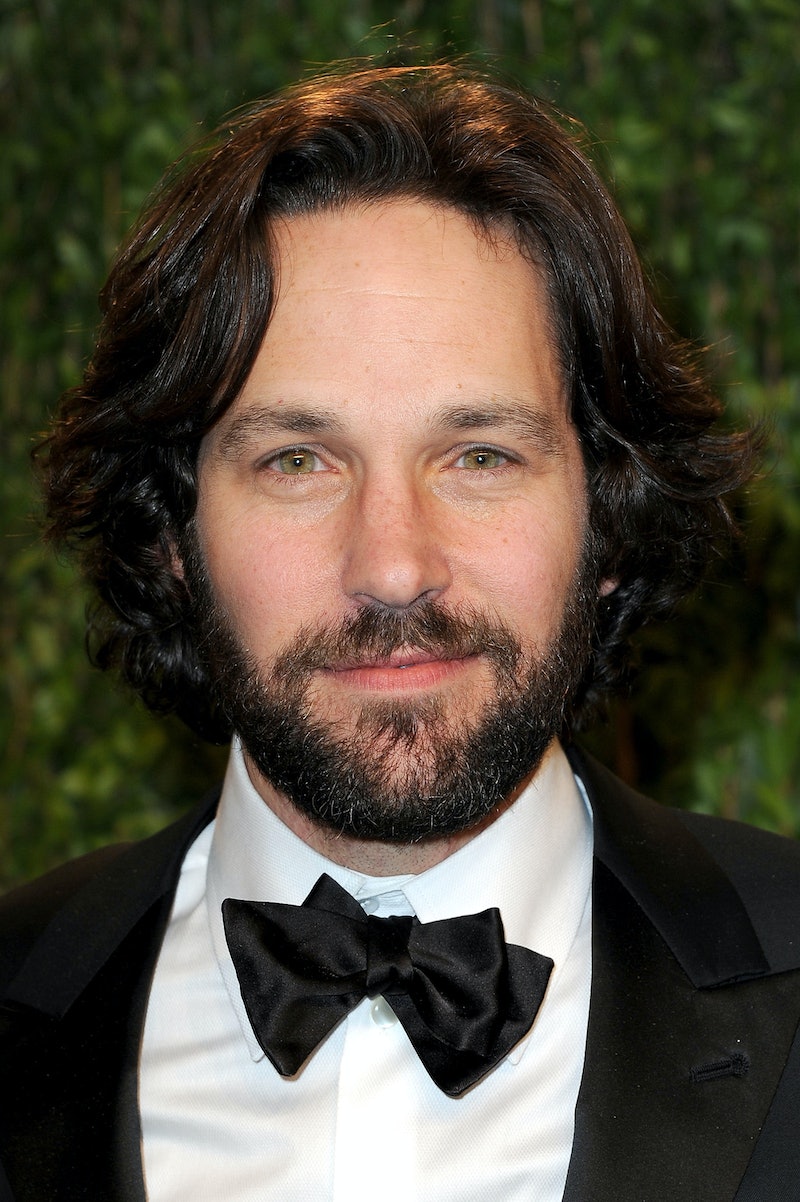 Barreling forward following the success of The Avengers and Iron Man series, Marvel will continue to roll out superhero box office mega-hits with the announcement of their latest project, Ant-Man. Though it’s not set to release until the Summer of 2015, comic books fans and industry insiders are buzzing with leads on who will play the title role. And, right now, the two frontrunners for Ant-Man are Joseph-Gordon Levitt and Paul Rudd. This is a great thing, because both actors would bring charm and warmth to the hyper (and sometimes toxic) masculinity of the superhero film genre. Also, the film is going to be directed by Edgar Wright, known for his work on Shaun of the Dead and Scott Pilgrim Vs. The World — so he'll bring unexpected humor and heart to the otherwise status quo genre. Based on its director and proposed stars, Ant-Man just might be the superhero film for the everyman and woman.

But it will be a tough choice between Levitt and Rudd. Levitt, who is already attached to the Batman franchise, might come across a conflict of interest. Though we can’t deny the appeal of JGL’s superhero physique, our money (and hopes) are on Rudd to play the antenna-ed mad scientist. In fact, we think Paul Rudd might already BE A SUPERHERO. Need more proof? Here’s why:

The above photo is of a 44-year-old man. Paul Rudd hasn’t aged in decades. In fact, Paul Rudd looks better as the years go by. And no one is complaining.

He Can Wield an Axe

He Has a Convincing Day Job

When Brian Fantana isn’t bringing you the latest in news and smelling like Sex Panther, he’s keeping the citizens of San Diego safe.

He Can Transform Objects

Nothing like two dudes and a dog making candles. Think about it: turning used candles into NEW CANDLES. He’s saving the planet, people!

He Knows About Justice

Remember all of those late nights he spent working on those legal briefs for Mel? He believes in the law and will fight for it!

He Can Travel By Sea

Do more. No do less. Do nothing at all. We’re on to you, Kunu. You’re so cunning.

And Can Handle Danger at Sea While Remaining Calm, Cool, and Collected

He doesn’t let little kids boss him around. HE’S THE BOSS.

At the End of an Adventure, He’ll Teach You a Really Important Lesson

“We accept the love we think we deserve.”