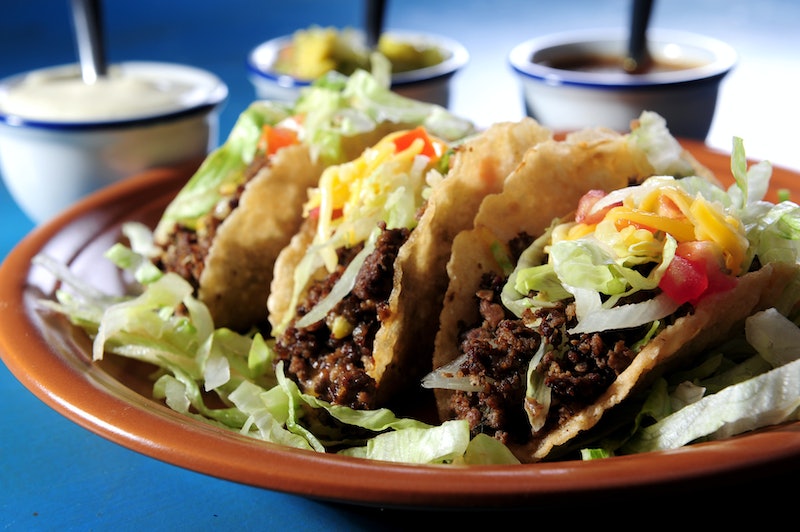 The idea of a savory donut isn't inherently gross; it just needs the proper execution in order to result in something that makes you go “Yum!” instead of “Blech!” Happily, Redditor barryabrams and his buddies absolutely nailed it when they created the latest food fad to sweep the Internet: The taco donut. You heard me. It's a taco… in a donut... and it's topped with cheese and guacamole. And you know what? I looks delicious. And not only that, but it's got an appropriately epic back story, too: This crazy hybrid pastry was a whopping 13 years in the making. How's that for impressive?

In any event, though, here's the story behind the taco donut, according to its Imgur album. Apparently “Dylan” (whoever he might be) originally dreamed up the idea 13 years ago at the tender age of 15. He finally began planning it in earnest last year:

And now, at 28, he has finally made it a reality. Why did it take so long? For one reason, and one reason only: They didn't have access to the technology that would make it happen. Since they needed a specialized donut cutter that didn't already exist in the world — one with a trough in the middle to make space for all that delicious, meaty filling — they needed to design it themselves; once 3D printers became relatively easy to access, though, they got to work and created what they needed. The design looked like this:

There's only one drawback to the device: It can only be used for about a day before you have to trash it. The porous nature of the material used in 3D printers allows bacteria to grow freely, so obviously you're going to want to limit your use of anything made out of it when it comes to food prep. Because ew.

Anyhoo, once they'd made the cutter, it was just a matter of making the fillings (they used mostly beef, although a few of the finished donuts featured cheese or guacamole), using the cutter on some Grands biscuit dough, building the donuts, and frying them. They wound up with a whole pile of these:

Which were then allowed to cool before being dunk in queso, having some sour cream piped on top, and getting a final dash of guac, cilantro, and Sriracha arranged on top. Want to know what the finished creations looked like? Of course you do. Ready for this? Drum roll, please…

Ta-da! And you know what? While that wacky Buffalo Chicken donut turned my stomach, this one actually looks quite tasty indeed. The fact that none of the elements involved are sweet probably helps; after all, just because a pastry is fried doesn't mean it can't be savory. On the contrary; a well-made savory pastry is one of my favorite things in the world. I would imagine this one tastes something like a Chalupa — it's the only taco-like object I've ever consumed housed in a springy type of dough, as opposed to a tortilla — except way, way better. If I had one of these suckers right now, I'd be jamming it into my mouth faster than you can say “Fire sauce tortilla chips.”

Check out the full Imgur album below. Anyone else craving a taco now? And a donut? At the same time? Man, I'm hungry. Is it lunchtime yet?