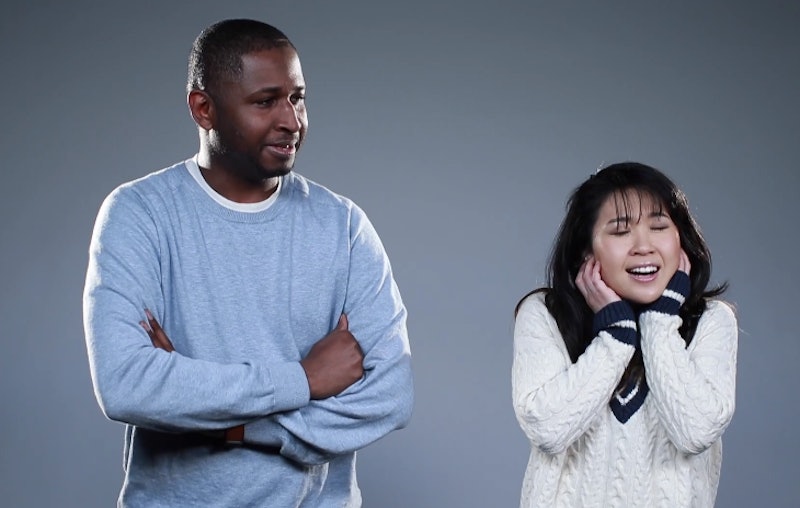 Have you ever wanted to know how many sex partners your boyfriend or girlfriend has had? This video from Elite Daily shows couples confessing to one another how many people they've had sex with in the past. As we've covered, my opinion is that how many people you've slept with shouldn't matter to anyone else, especially in the context of a current relationship, and from the video, it seems like most couples agree. The couples are mostly awkward and nervous about discussing their sex number, but most seem honest, even when hitting the big numbers. But the fact that the topic hasn't been broached between the couples before is indicative that many people think it's completely unimportant.

One couple refuses to participate, with the girl firmly saying that that number doesn't matter. Another woman points out that she's not interested in thinking about her partner's past sex life. One man says it doesn't matter, because everything he did made him the person he is and led him to this moment (which is kind of sweet), while an older couple, together sixteen years, chuckle and rib each other about their previous promiscuity. It just goes to show you: Real relationships are about real things, and having had a lot of sex or not a lot of sex in the past is not a "real thing" that determines how solid or good a current relationship is. So if you're worried about things like your partner's "sex number", you'd do well to take a leaf out of these couples' books, because they all seem pretty happy to me:

Now let's go all watch What's Your Number, a movie about a woman who is worried she's slept with too many men to be dateable (that number being twenty, which probably means that a lot of us were disgracefully undateable ten years ago, so we're just withered old whores now), because Chris Evans: