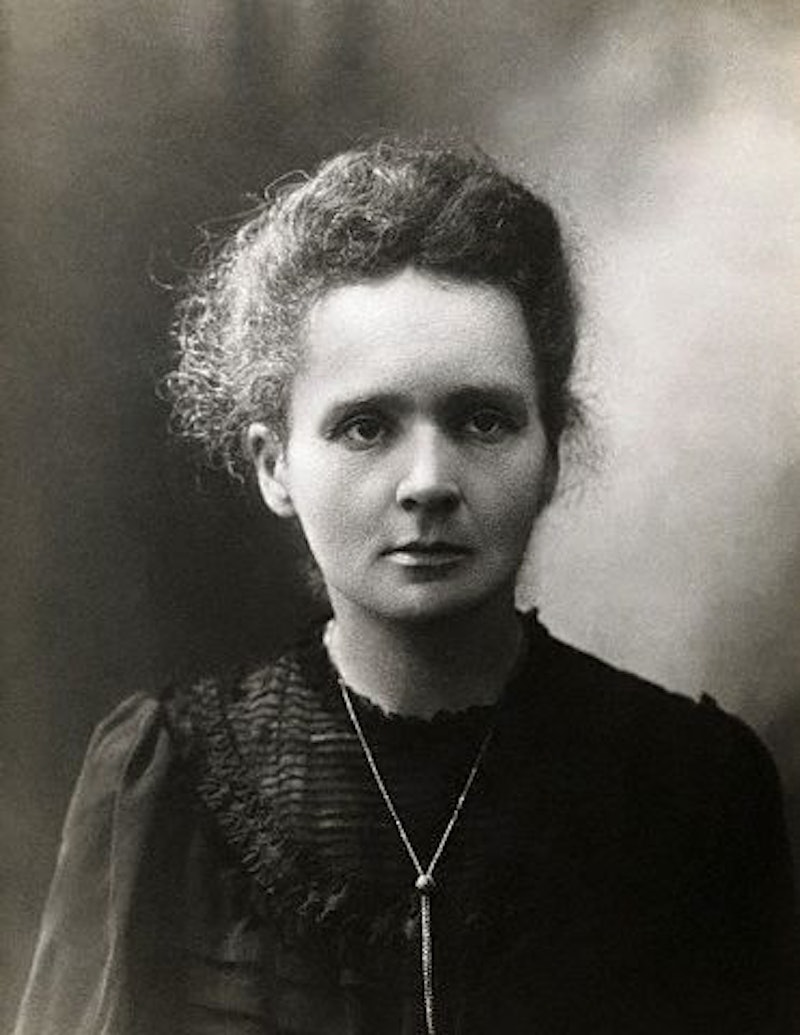 And today in “Beautiful Art I Desperately Want To Decorate My Entire Apartment With,” we have artist and graphic designer Rachel Ignotofsky's “Women In Science” series. As you might expect, it draws attention to awesome lady scientists throughout history, and you guys? It is the best. The series isn't exactly new; Ignotofsky posted the first image to her Instagram page during July of 2014. It's an ongoing project, though, and given that we're currently right in the middle of Women's History Month, now seems like an excellent time to check out where she's at with it.

Based in Kansas City, MO, Ignotofsky originally hails from New Jersey. Her day job according to her "About" page involves working as a senior designer and illustrator at Hallmark Greetings; by night, though, she is “a hired gun ready to freelance.” She also works on her own projects in her downtime, many of which are inspired by history and science (who says art and science don't mix?). Said Ignotofosky to Scientific American, “Biology and human anatomy were always my favorite subjects in school. I think there is real beauty in seeing the mechanics behind how the world works.” Her belief that “illustration is a powerful tool that can make information fun and accessible” runs through her personal work, particularly in the “Women In Science” series. She's completed seven images so far, with the plan being to create a set of 50 once all is said and done.

But they're more than just amazing artwork; the illustrations that make up the “Women In Science” series are also an important addition to the conversation not only about equality in STEM fields, but also about gender bias in general. “A lot of these women are not very well known, even though their accomplishments have changed our world forever,” she said in an interview on Instagram's official blog. “I want my illustrations to spark an interest in learning more about these women. I want young girls and boys to see that no matter who they are, despite their gender, they can accomplish anything.”

Here are four of my favorite scientists Ignotofsky has featured so far. Check out the whole series, as well as more of her work over at her Instagram page or her website; you can also head on over to her Etsy shop for prints. I don't know about you, but I can't think of anything better with which to adorn my walls than a whimsical illustration celebrating any — or all — of these ladies.

Physicist and chemist Marie Curie pioneered research into radiactivity. She was both the first person and the only woman to have won the Nobel Prize twice for her work, which included the discovery of not one, but two elements: Polonium and radium. She was also the first woman to become a professor at the University of Paris.

You already know about Jane Goodall, right? Chimpanzee expert? Animal welfare activist? UN Messenger of Peace? She's super rad, and at the age of 80 (almost 81 — her birthday is coming up on April 3), she's still going strong.

On June 16, 1963, Russian cosmonaut Valentina Tereshkova became the first woman in space at the helm of the Vostok 6. Before that? She was a textile worker. She went on to earn both a degree and a doctorate in engineering; she's also been a politician. Wow. Just… wow.

We owe our knowledge of the structure of DNA to British chemist Rosalind Franklin: Her 1952 research on x-ray diffraction images of DNA at King's College London was crucial to the discovery of the double helix. James Watson and Francis Crick (whom I mostly know from the Watson-Crick Institute in Oryx and Crake) kind of took what she found and published it themselves in 1953, which makes me all kinds of angry; and even worse, Franklin died from ovarian cancer just a few years later in 1958. In recent decades, though, she's finally gained the recognition she deserves; it's thought that, had she survived longer, she would have shared the Nobel Prize Aaron Klug won in 1986.

More like this
The Real Reason Your Instagram Story Viewers Show Up In That Order
By Emma Carey
How To Turn Off Night Mode On Your iPhone Camera
By Emma Carey
Behind The Hilarity Of The "POV: You Walk Into My Room" TikTok Trend
By Lexi Inks
Why TikTok Is Flooded With Controversial Videos About "Pick Me Girls"
By Courtney Young
Get Even More From Bustle — Sign Up For The Newsletter