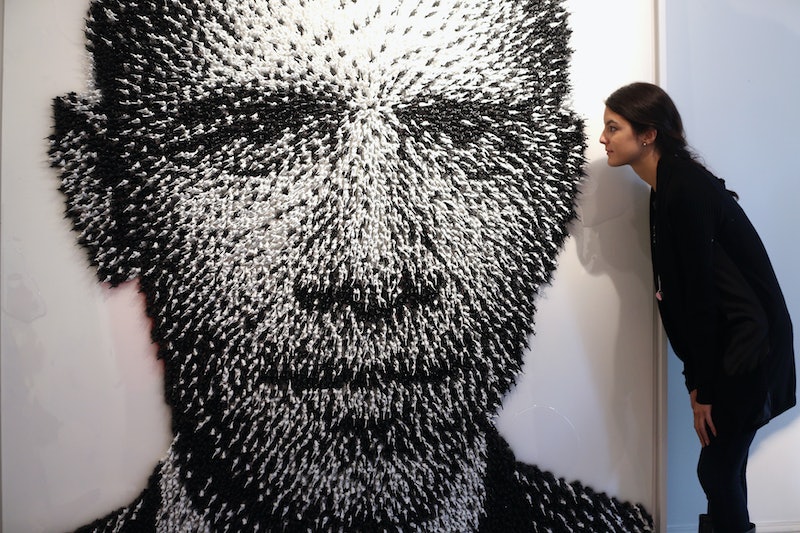 As America's biggest creditor, China is a bit worried about this whole impending default thing (two days and counting, people!), but that won't stop them from enjoying the shutdown of U.S. government. A recent op-ed, published on China's state news agency website Xinhau, says that the possibility that the United States could hit the debt ceiling is simply further evidence that the world needs to be de-Americanized. "As U.S. politicians of both political parties [fail to find a] viable deal to bring normality to the body politic they brag about, it is perhaps a good time for the befuddled world to start considering building a de-Americanized world," the op-ed said, none too subtly.

The wording's a little strong: China probably won't win any foreign backing on the idea as long as they use phrases like "new world order" and "de-Americanize," which together sound like a horrible sci-fi plot.

China is the biggest non-U.S. holder of U.S. Treasuries, with $1.28 trillion owned, and it also holds another $3.5 trillion in "dollar-dominated assets." If America does go into default, the value of these assets will plummet. So you can understand why they're a little annoyed.

Still, China may have a point. The end of the hegemony America has enjoyed since after WWII — symbolic or otherwise — isn't a conversation our country seems ready to have. But the Congressional dysfunction and government shutdown isn't really helping the nation's traditional image as a powerhouse on the global stage — especially when the dollar, which would be thrown into jeopardy by a default, is still the international reserve currency.

"Not only are millions of government workers affected but all Americans, as the inability to pay, if it lasts for weeks, will have fatal effects on the economy," said Die Ziet,a German newspaper. "A small group of uncompromising Republican ideologues in the House of Representatives are principally responsible for this disaster. They are not only taking their own party to the brink, but the whole country. Unfortunately the leadership of this party has neither had the courage nor the backbone to put them in their place.”

Another German paper, Der Spiegel, described America as a superpower that has paralyzed itself.

"But at a time when the global economy remains fragile, the world would be better off without more instability and uncertainty," said the Australian pre-shutdown. "Congress should pass the budget bills that will avert a shutdown because there is too much at stake in the U.S. and beyond."

The BBC points out that even Syria has managed to pay its bills.

So is China being a bit of a drama queen about this whole end-of hegemony thing? Maybe (and really, be less mean with your words, thankyouverymuch.) But in a globalized world — as we saw after 2008's crisis — every decision made by a powerhouse has a ripple effect.

And right now, Germany's Deutsche Welle suggested yesterday, America "is not a democracy. It's idiocracy."

Memo to Washington: Let's get things together ASAP, kay?