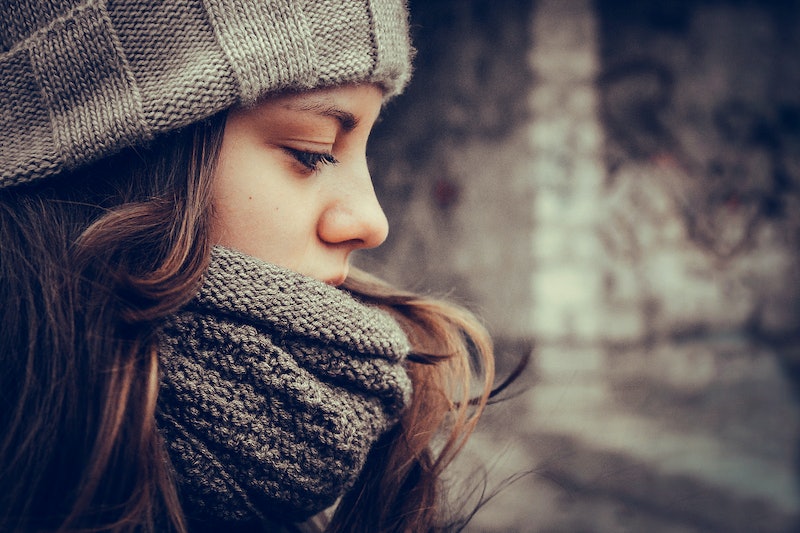 In case you had any doubts as to whether, in fact, the future is now, scientists have just figured out how to implant false memories into the brains of sleeping mice. That's right: French neuroscientists genuinely put memories of events that didn't happen into the animals' memory banks (the memories were just simple ones related to the pen that the mice live in, but still — seriously?!). The science behind the experiment is mind-boggling enough — scientists studded the mice's forebrains and hippocampuses with electrodes, and then forced certain cells to "fire,"creating new memories, while the mice slept — but the implications behind it are just amazing. And terrifying.

Past studies have already shown that while we think of them as iron-clad and fact-based, our memories are actually weak and can be manipulated quite easily. That's why confessions extracted using sleep deprivation or other torture techniques aren't reliable: under pressure, sleep-deprived people will genuinely start "remembering" things that aren't true. But even when we've had enough rest, we're still pretty suggestible — and if everybody around us insists that some event happened, (say, if a group is trying to brainwash someone), we may even begin to manufacture false memories about that event ourselves.

But this experiment goes one step beyond all that: it creates new memories out of thin air, no brainwashing necessary. So here's a serious question: if you could go to a Memory Clinic and have seemingly real memories implanted in your head — say, of dating Leonardo DiCaprio circa 1998, or having the happy childhood that you missed out on in real life — would you?

If implanting manufactured memories does become a commercial enterprise in the future, here are nine false memories we're pretty sure people would absolutely love to have spliced into their brains. Which ones would you want?

What We Could Use It For: Eliminating our severe fears through exposure therapy.

How It Would Work: Petrified of spiders? Implanting a nice memory of hanging out with a friendly spider who laid peacefully on your shoulder and snoozed might help you chill out (though it shouldn't be too nice a memory, lest you start running around cooing at tarantulas and end up getting bitten).

What We'd Use It For: Doing all the stuff we always wish we'd done — sort of.

How It Would Work: Regret never going skydiving, partying in Cancun, or taking that around-the-world flight the year you were flat broke? Here's a cost-effective solution! Maybe you and a bunch of girlfriends could even go get the memories implanted together. Unfortunately, though, you can't Instagram a false memory. Damn it.

What We'd Use It For: Having deathbed conversations and experiencing other moments of closure that couldn't happen in real life.

How It Would Work: If you never got the chance to say everything you wanted to say to a person who's now gone, would a memory of that conversation — even if it were false — make you feel better? Does it matter if it didn't really happen, as long as it helps you to be happy?

4. The Little Bit Of Vengeance

What We'd Use It For: Landing that awesome comeback that we thought up six minutes too late in real life.

How It Would Work: Human beings are wired to enjoy vengeance as much as we enjoy eating sweets or doing drugs — so why not pay to enjoy the high of a few made-up revenge scenarios? Maybe you could imagine that you actually said the things you thought about that rude customer at your job, or that you kicked the dude who mugged you in the shins before he ran off. (Note: this won't work if you're still in contact with the other people involved. Because they'll know you actually didn't bring the sass.)

What We'd Use It For: Finding inspiration for our current flings.

How It Would Work: Injecting a few false memories of a sizzling romp into our brains could give us inspiration in the bedroom — like a fantasy, but way more depth. Although it could end up making a real, flawed lover look a bit crappy by comparison. Memory-scripters would have to make sure they didn't accidentally create perfect memories that no real partner could live up to (grinding on Channing Tatum, anyone?).

What We'd Use It For: Reinforcing the idea that we are not complete social incompetents.

How It Would Work: Memories of actually having fun and being outgoing at parties? Making phone calls with aplomb? Arguing with sales clerks without turning blue and shrinking into the ground? As an acutely socially anxious person, I know that if somebody could implant these memories in my head, I'd pay them a lot of money.

What We'd Use It For: Creating over-the-top memories of cool experiences that we can use to impress people at parties.

How It Would Work: "Oh, hey, rally driving. I won one of those rallies once, would you believe it?" In a world where false memories become common, it's a toss-up as to whether anybody would believe you if you described your memories of your awesome adventures. But hey, nobody — including you — would know if you were fibbing.

What We'd Use It For: Creating plausible deniability.

How It Would Work: Made up a reason for not going to your cousin's hideous bachelorette party at a Magic Mike-style male strip club downtown? If you're cornered at a later point about it, trust in your implanted memory to let you be completely plausible when explaining why you couldn't go — because, according to your brain, you really did sort your recycling for 4 hours.

9. The Afternoon You Spent Covered In Puppies

What We'd Use It For: Making us happy forever (if possibly a little depressed that we aren't covered in puppies right now).

How It Would Work: Puppies plus synapses equals heaven. Who wouldn't want this as their memory happy place? I mean, seriously.

And hey, even if you're not into buying a new memory for yourself, it's a dream come true for unemployed English MFAs. Memory creation would probably be a pretty sweet gig. Happy children's birthday parties, moonlit romantic dates, surprise trips to India — it'd be a creative person's paradise. As long as you resisted the urge to put in unexpected plot twists/dragons. Or would that actually cost extra?