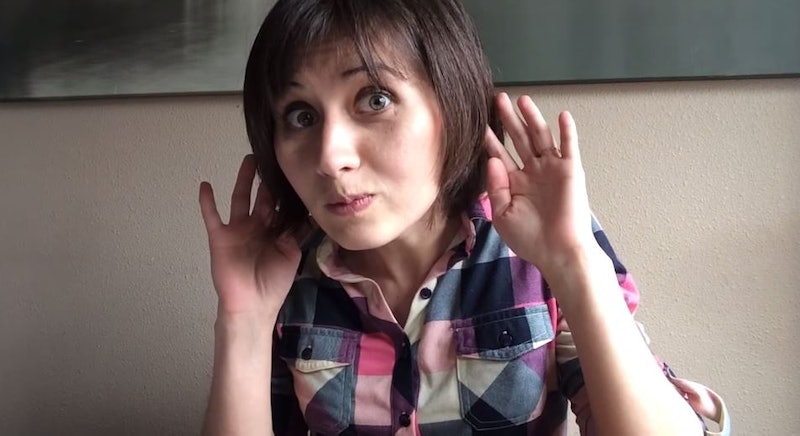 I'm not a parent, but I'll be honest: If I ever become one, the idea of navigating the waters of teaching lessons about consent and harassment scares me to death. This, however, is why I'm glad that people like YouTuber DoeEyes exist — her video “Dear Boy Who Likes My Daughter” contains the most important message about consent you'll ever see. And not only that, but it teaches the lessons it holds in exactly the right way. I'm not exaggerating when I say that everyone needs to watch this video, no matter who you are — old, young, man, woman, parent, child, whatever. It's too important to miss, and internalizing this message will help us all be better than we are.

Consent shouldn't be tricky. It should be as easy as, “If you do not have someone's express permission or approval to do something involving them, then do not do it.” But it isn't that easy, because we're taught that what people say is entirely different from what they mean. We're taught that “if at first you don't succeed, try, try again.” We're even taught that we always need to be “polite,” even if being polite puts us in discomfort or danger. It has become the norm to treat one person's wants as more important than another person's comfort level, when in reality, the opposite is true. I've said it before and I'll say it again, but no one's desires — the desire to say hello, to ask someone out, to kiss someone, to have sex with someone, and any and all things that fall anywhere in between or outside of these parameters — trump another person's desire to be left alone. You can't make someone engage with you, and they don't owe you any engagement, either.

If someone's response to you is “I don't know”:

Give them space to figure it out.

If someone's response is “Maybe”:

Then maybe have a conversation about it and their feelings of uncertainty, but don't pressure them either way.

If someone's response is “Ask me again later”:

If someone's response is “No”:

Or “No, thank you,” or “Stop asking me,” or “No, go away,” or anything remotely similar to those responses, then leave them alone.

But these situations aren't limited to interactions between people and the people they like; adds DoeEyes, “Person who likes my daughter, this goes for all aspects of your life. Someone tells you 'no' in any way, and you ask again? It's not cool, it's not attractive, it's not respectful — it's harassment.” She doesn't sugarcoat it, which is perhaps one of the most important aspects of the video. We need to call it what it is in order for it to be acknowledged as such.

And what's more, the fact that it's on YouTube is actually a good thing. Why? Because it allows others in the same position to access it. It's there for people who might not know they're harassing someone to see and learn from. It's there for those who might want to help others learn the lessons it teaches. It's there for people who might be on the receiving end of harassment, but may not know what to do about it. It's a message not just for the individual situation DoeEyes, her daughter, this boy, and other parents and authority figures may be facing, but a message that speaks to the larger issue.

It is never too early to learn about consent, and never too soon for us to teach others about consent. The Personal, Social, Health and Economic Education Association (PSHE) recently drafted plans to begin teaching school children in the UK about consent starting at the age of 11, and you know what? It's one of the best ideas I've ever heard. For those worried that teaching these lessons will somehow encourage underage sexual activity, there's no need to pearl-clutch; as the document notes, “recognizing that some young people will be sexually active before the age of 16 does not equate to encouraging underage sexual activity.” And as DoeEyes put it, lessons about consent are applicable in all aspects of life, not just in sexual situations. Why? Because they're about more than just sexual consent. They're about respect for other people.

DoeEyes finishes up by reminding us that everyone has the right to change their mind; furthermore, they also have the ability to let us know if they do so. But unless and until they approach us about it, we need to let them be. Instead, we need to channel our thoughts and feelings into other venues: Write in a journal, draw in a sketchbook, talk to a trusted friend (the key here being “trusted” — no gossip, please), think of ways to show respect to others (and put them into practice)… the possibilities are endless.