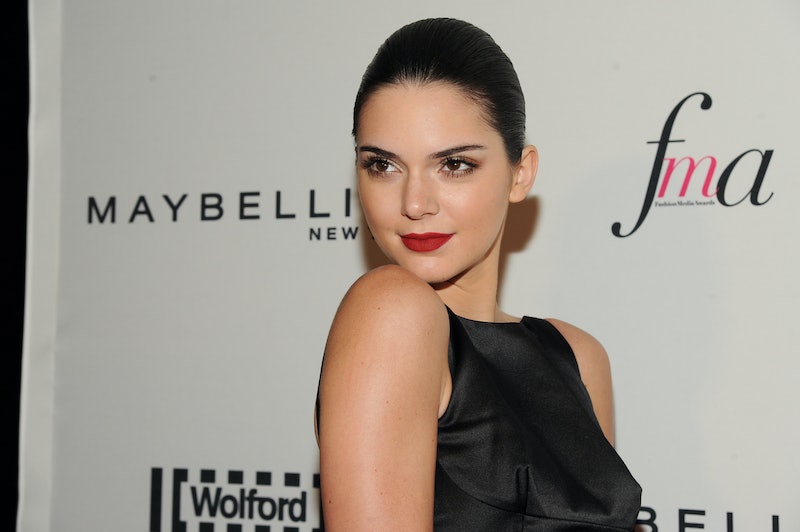 Any forward-thinking business knows that the best way to reengage consumers is by uniting with a famous face, and Calvin Klein is no different. Nearly 50 years after the company's founding, Calvin Klein is rumored to have signed Kendall Jenner for its latest underwear campaign, Page Six reports. The reported selection fits Calvin Klein's profile of favoring bright young things, but begs the question: was the recruitment a strategic move on the part of Klein, or the result of dogged campaigning by Jenner for the role?

Mirror notes that Jenner has not-so-subtly featured Calvin Klein underpinnings in her plethora of Instagram selfies over the past months, a signifier that some sort of project is in the works. In fact, if Jenner's Calvin Klein-rich social media accounts are any indication, the model has been in hot pursuit of the gig for the better part of a year. Jenner admittedly does follow in the steps of sibling Kim Kardashian's appetite for prestige. Industry lore insists that Kim Kardashian's Vogue cover was secured in much the same way, perhaps with slightly more subtle tactics, and it seems Jenner has utilized similar means to score her new role at Calvin Klein. Nothing indeed comes between Jenner and her Calvin (Klein campaign).

However, the brand loves nothing better than to feature celebrities du jour in its famed campaigns. Mark Wahlberg, Justin Beiber, and Zoe Saldana are all members of the Calvin Club, each arguably hired during their heyday. As a model with a lengthy resume of designer names and now an Estee Lauder campaign in the works, Jenner stands to heighten the company's profile once again. Indeed, the mixed opinions she generates are a genius manner of stirring interest in Klein's latest offerings.