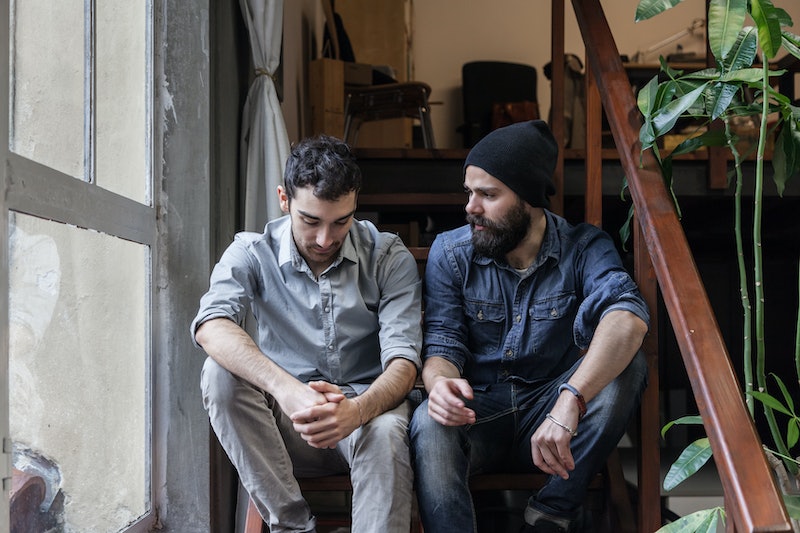 I was casually sitting around on my friend’s balcony hanging out when I overheard a group of guys next door scrutinizing the outfits of women passing by. (Because, you know, that's apparently an acceptable thing to do. Why else would it happen so often?) “How does that even look attractive," “I would not hit that,” or, "Why would anyone ever wear such a thing," were common critiques they offered. Men passing judgment on women is something I've come across before, of course, and it's equally something that I'm sure I will come across again.

As I sat there reflecting on how immature some men are, however, it got me thinking: Why do most guys think that women’s fashion is supposed to be appealing to them? If we actually wanted to “appeal” to men, women could just walk around dressed like their favorite porn stars or in our birthday suits. It was this simple query that prompted me to further question my guy friends about other aspects of women's fashion that they don't understand (and they gave me plenty to work with). Here are some quotes I got from interviewing men on their thoughts on women's apparel — followed by my rebuttals against these claims.

1. Belts Not On Hips

Male Friend: “Belts that don’t hold anything up — like WWE belts that can't even fit through the belt loops — what’s the point?”

My Response: It’s called accessorizing! And let's not forget that many women enjoy accentuating the smallest part of their waist to silhouette the hourglass shape. Granted, love for the hourglass figure was probably started by the patriarchy, anyway. But women can take it back for themselves. And we don't need to grand slam anyone to wear big gaudy belts if we don't want to.

My Response: False. The high-waisted look is delectably vintage, but today's styles tend to have killer modern twists — like pastel hues or fringed hems. Plus, the look allows women to show off their legs, torsos, or beautiful booties on their own terms. And what if I want to wear denim diapers? What’s it to you?

My Response: It’s okay, actually. We don’t really get this one, either…

Male Friend: “High heels… just why? I wouldn’t care if they didn’t complain at the end of the night, but if they’re uncomfortable, then just don’t wear them!”

My Response: They make me taller, make my legs look longer, and overall just make me feel better. Many women find heels a source of empowerment and strength. But as with everything, the decision to wear or not to wear heels is completely their own.

Male Friend: “Fake Nails… do you not have real ones?”

My Response: Some women have a hard time growing out their nails or purely just like the aesthetics of nail art. That’s right, it's an art form!

Male Friend: “The thing where girls poof up the middle of their hair ridiculously large…. It makes it look like the air in their heads is leaking out, making their hair form this bubble.”

My Response: Oh, you mean the Snooki Pouf? That was in like 2008. But if I want to style my hair tall, that's my prerogative, dude. Besides, who wouldn't want to look like Tracy Turnblad?

Male Friend: “Yoga pants when you clearly don’t look like a yogi.”

My Response: Right. And what does a yogi look like? Assuming that all women who practice yoga look one very specific way is offensive to all the women who actually practice yoga. Not to mention to all women in general. Your blatant sizeism isn't welcome here, thanks.

Male Friend: “I don’t know what they’re called but they’re kind of like boob curtains that makes it look like you’re trying to hide your second trimester.”

My Response: By this logic, women should only ever wear bodycons and pencil skirts. Empire-waist shirts and dresses are comfortable, okay?

Male Friend: “Pointless zippers... my ex owned a shirt with a zipper all along the back of her shirt that didn’t do anything! When you unzipped it the shirt is still intact underneath. Why is it there?”

My Response: It’s an accessory. It adds interesting facets to a shirt that otherwise would have just been plain. Forgive us for not wanting to live monochrome-dependent lives.

Male Friend: "Fake eyelashes. I have never once in my life looked at a woman and said, “Wow she’s so hot! But those eyelashes just aren’t doing it for me."

My Response: Hopefully you also don't look at a girl and say, "Damn, she'd be hot if only she had some subtle highlights in her hair," but maybe to her, it makes a difference. Women should have the freedom to accentuate the features they so choose, but on their own terms. Always on their own terms.

Male Friend: “I don’t get pantyhose. I know they’re supposed to tuck everything in and make your legs look sleek but I can’t get over how uncomfortable and restricting they must feel.”

Rebuttal: Pantyhose are fantastic. They are not uncomfortable at all. Like zippers or fake nails, they're an accessory. They add personality and sometimes a pop of color. They also add an extra layer of warmth. So it's a win win!