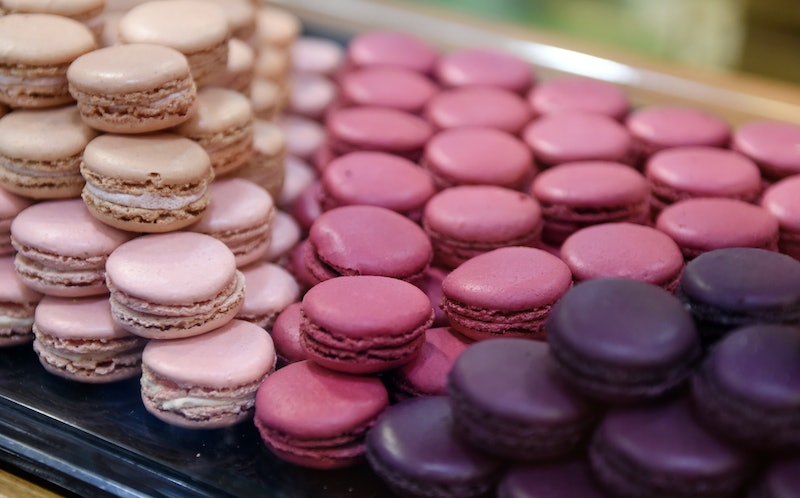 We live in a world full of ignorance and bigotry that sometimes seems like it's going to get the best of us no matter what — but we also live in a world where people can overcome all that ignorance and bigotry and come out stronger than ever. Such is the case with an LGBT bake sale at a Christian university that school officials tried to shut down. The bake sale might not have happened, but thanks to crowdfunding, the cause the students were hoping to support got a massive donation anyway.

Andrews University is a Seventh-Day Adventist school, and as such, apparently subscribes to the Seventh-Day Adventist official policy that "sexual intimacy belongs only within the marital relationship of a man and a woman." Still, there is a student-run LGBT group on campus called AULL4ONE, who decided to hold a charity bake sale to benefit homeless LGBT youth. Which is not only a growing problem nowadays, but also has to be one of the least objectionable demographics out there. I mean, what kind of person doesn't think it's worthwhile to help kids who have been kicked out of their homes by their own parents?

Andrews University shut down the bake sale because fundraising on school grounds is only permitted for nonprofits and other organizations “whose mission and practices do not conflict with those of the University.” Which clearly does not include a group trying to help homeless kids.

In an email to student organizer Eliel Cruz, the Dean of Student Life at Andrews wrote that "there may be a perceived conflict between the mission and practices of Andrews University and those of Fierce Chicago – certainly not in their efforts to aid homeless youth, but in their approach to the LGBT issue, at large." I don't want to put words in anyone's mouths, but given that 40 percent of homeless youth are LGBT... well, that's a huge portion of the demographic. Should we really only help the 60 percent who are straight and just leave the others on their own?

But student organizers didn't let the administration's bigotry stop them. Instead, they took their fundraiser to the Internet and set up a crowdfunding page on Indiegogo for Project Fierce Chicago, a group that works with homeless LGBT youth in Chicago. The fundraiser, which they originally hoped to raise $2,000 has already received over $5,000 in donation after the story went viral.

Andrews University recognizes the special challenges facing LGBT youth and believes that efforts to help them are worthy.

Providing care to LGBT homeless youth is compatible with our institutional mission to demonstrate God’s love to all people, and reflects our denomination’s specific call to exhibit compassion for LGBT persons.At the same time, Andrews University has declined a student request to officially endorse a fundraising effort to raise money for an organization that may have a perceived LGBT advocacy role.

In the statement, they also encourage students to "find the appropriate organizations and opportunities to [help LGBT youth]." And while they seem to think this constitutes support for LGBT homeless youth, it still sounds like they don't think helping LGBT youth is worthwhile, at least not if the organization doing the work actually acknowledges LGBT identities as valid — though honestly, I don't see how anyone can possibly be considered to be "helping" if they're just continuing to invalidate someone's identity. Taking an "LGBT advocacy role" seems to me like a necessary part of helping solve the larger problem these kids face.

But still, at least there's a silver lining here: The story ultimately helped fuel a campaign that is going to net Fierce Chicago at least five grand. Because even though there are still ignorant people out there who want to stop some of the most vulnerable from getting the help they need — the kind of help that doesn't invalidate who they are — there dozens upon dozens more who want to do something. And if this crowdfunding campaign is any indication, the forces of good are winning.

More like this
The 19 Best Tweets & Memes About Bisexual Awareness Week
By Lexi Inks
An Honest Review of MeUndies Boxers, According To A Non-Binary Person
By Megan Lasher
Pro Footballer Zander Murray Is "Blown Away" By Support After Coming Out
By Sam Ramsden
Chris Kaba's Family Continue Fight For Justice After Viewing Police Bodycam Footage
By Sophie McEvoy
Get Even More From Bustle — Sign Up For The Newsletter