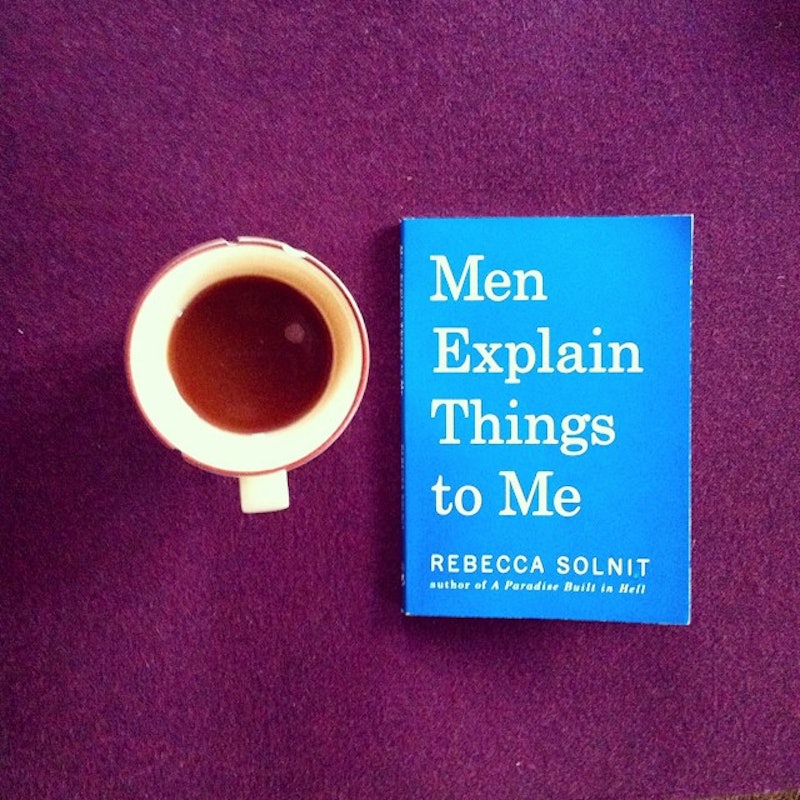 The concept of "mansplaining" makes a decent number of appearances in the modern blogosphere lately, particularly on women’s interest websites — but what of its empirical roots? In a new video from its series about internet jargon, Upworthy has gifted us with “Mansplaining: The Science” to answer all your burning questions about how and why it occurs. Consider it the meta-explainer to answer our mansplainer prayers.

“Mansplaining” is said to have made its first appearance in a 2008 Los Angeles Times excerpt from Rebecca Solnit’s "Men Explain Things To Me,” and shortly began permeating feminist internet parlance thereafter. In 2012, the Atlantic wrote “A Cultural History of Mansplaining,” and by late last year, a Salon writer argued that it was “inflaming the online gender wars instead of clarifying them” (himself a man).

But Upworthy seems to think the term and its practice are here to stay. “You’ve probably seen some of these cringeworthy moments before,” says the video’s narrator, depicting a montage of Mansplaining’s Greatest Hits. “They span from politics to pop culture but they all have one thing in common: a widely overconfident man interrupting, shushing, and holding forth on a topic that he might not be the most qualified spokesman for.” Amen, sister. Backing that up with research, Upworthy sheds some light on the nuance of mansplaining. Here are a few things we picked up.

A study in 1984, says Upworthy, discovered that female doctors were up to twice as likely to be cut off in conversations with their patients than male practitioners. Med school be damned, ladies.

Despite the fact that there are fewer men on Twitter than women, they’re still retweeted more than twice as much. Presumably this has something to do with authority, and possibly that Chris Hitchen’s theory that women aren’t funny. (Ayo Christopher, you read our social media dude?)

An Inability to "Lean In"

In workplace environments, studies found women spoke up to 75 percent less than men. But what they remind us is that it isn’t “inflaming the gender wars” as purported by Salon, but rather a cultural practice wherein “women are continuously robbed of the benefit of the doubt,” despite their competence or intellectual prowess. Whether or not you agree with her, Sheryl Sandberg has some words about that.

I’ll hand you over now to get the full run down: