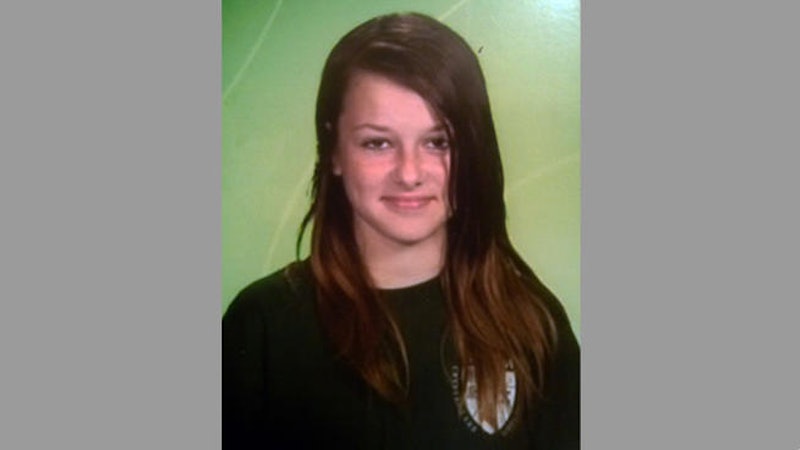 Two Central Florida girls have been arrested in connection with 12-year-old Rebecca Ann Sedwick's suicide. Charged with felonious aggravated stalking, 12-year-old Katelyn Roman and 14-year-old Guadelupe Shaw are alleged to have bullied Sedwick for almost a year prior to her death.

The bullying began when the 14-year-old started seeing a boy Sedwick had been dating, said Polk County Sheriff Grady Judd. Fifteen girls were in on it, including the 12-year-old, Sedwick's former best friend. Together, they "terrorized" Sedwick, who became depressed.

Searches on her computer included queries such as "what is overweight for a 13-year-old girl" and questions about how to remove blades from razors and how many over-the-counter drugs to take to ensure death.

On Saturday, the 14-year-old, who had once told Sedwick to "drink bleach and die," posted on Facebook that she'd bullied her.

Her mother, Tricia Norman, was aware of the bullying when it began, as well as her daughter's depression. She had Sedwick change schools and took away her phone. Norman also monitored her daughter's social media — but soon, the bullying started on sites she said she wasn't aware of.

She wants the girls who bullied to be held accountable, she said.

"Because they took my baby away, they took her confidence away," Norman said. "They took her self-worth away. And now she's gone from me."

On Sept. 9, after sending goodbye messages to her friends, Sedwick threw herself off a tall structure at an abandoned concrete plant.

One of her journal entries read, "How many lives have to be lost until people realize words do matter?"

More like this
Chris Kaba's Family Continue Fight For Justice After Viewing Police Bodycam Footage
By Sophie McEvoy
Romance Authors Are Mobilizing For Reproductive Rights
By Natalia Perez-Gonzalez
At 28, Melanie C Was Falling In Love & Reclaiming Her Confidence
By Olivia-Anne Cleary
Friend Of The Family Kidnapper Robert Berchtold Saw Jan Broberg Again In 2004
By Brad Witter
Get Even More From Bustle — Sign Up For The Newsletter